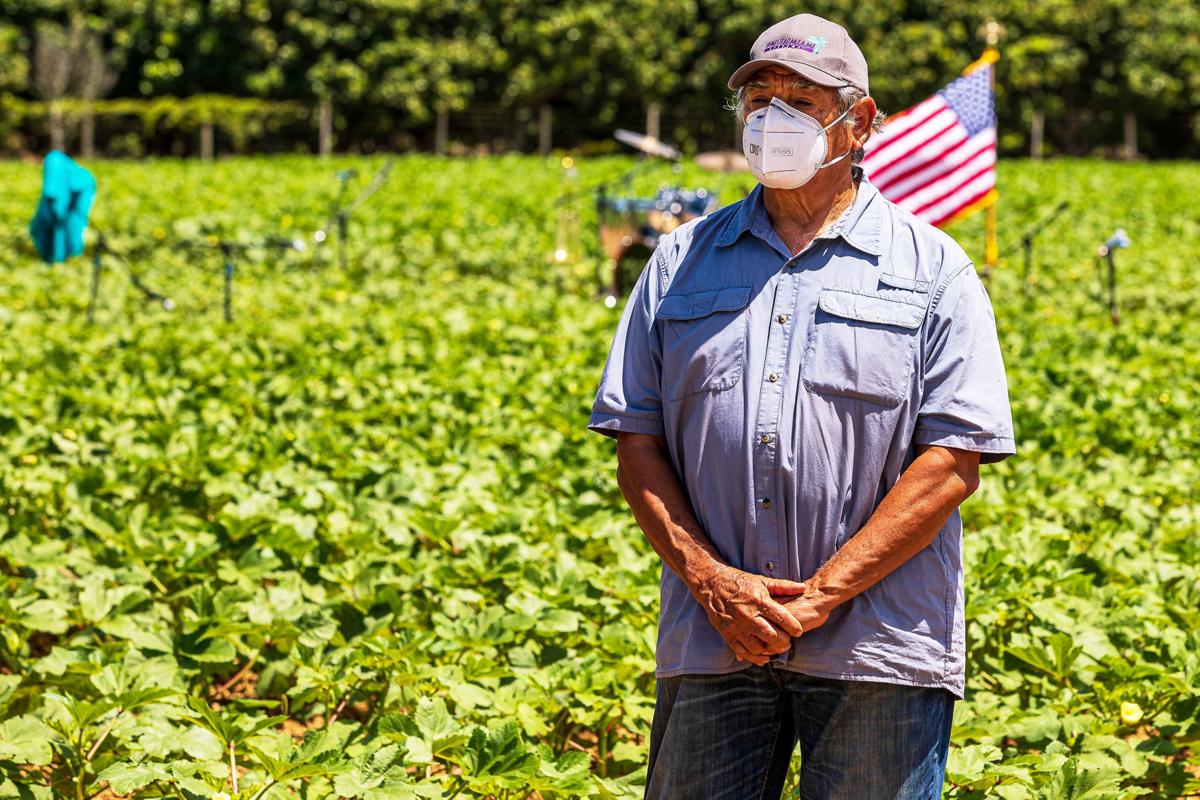 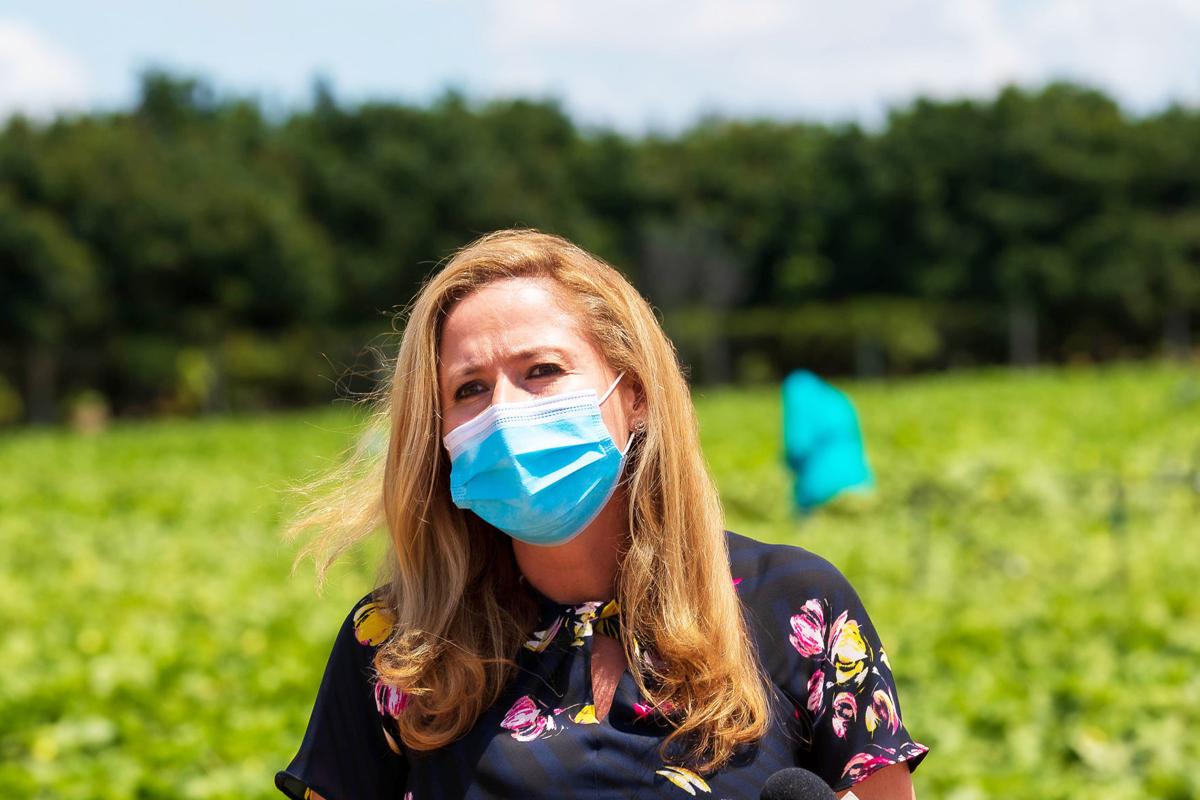 U.S. Rep. Debbie Mucarsel-Powell gave remarks in English and Spanish in support of farmworkers and in praise of the Mariachi students.

U.S. Rep. Debbie Mucarsel-Powell gave remarks in English and Spanish in support of farmworkers and in praise of the Mariachi students.

The last time the Homestead-Miami Mariachi Conservatory received international attention, they were appearing in the beautiful, historic Mexican

Tuesday, May 5, 2020, they were standing under the hot sun in an okra field, but were being heard by hundreds of thousands and possibly millions of listeners. The occasion was once again a “first” for Homestead and the Mexican-American Council (MAC).

Like other major annual events, Cinco de Mayo could not be celebrated in the usual way. And has been happening around the world, creative minds had ideas. “Inspired by Live Aid, the Altísimo Live! Pop Culture and Music Festival is a live stream benefit that will aim to raise $3 million dollars for the Farmworkers Pandemic Relief Fund. The event will include a jam-packed day of at-home, all-star performances, celebrity activations, comedy skits, and much more. The festival will also highlight stories from the laborers, as well as messages of gratitude and appreciation from notable Americans, with an overall goal of driving combined action to support the farmworkers.”

As more than fifty celebrities signed on, the plan expanded. “Altísimo Live! features an interactive webstream experience that is divided into two parts: a variety show and concert performances. The first half of the festival starts at 12 PM PT / 3 PM ET with engaging experiences that include musical performances, a tailgate car parade to the farmworkers’ fields, virtual meet and greets with celebrities, chefs, social media influencers, and other surprises. The second part of the show takes place from 7 pm to 10 p.m. EST / 4 pm to 7 pm PST and is devoted to musical performances, additional virtual fan meet and greets, and more.”

How then did twelve Homestead kids and their instructors get linked in with stars like co-host Eva Longoria, Andy Garcia, and Gloria and Emelio Estafan? It was the other co-host Enrique Santos of “IheartRadio”, who called Eddie Garza, Executive Director of the Mariachi Conservatory, with the amazing opportunity. Could they figure out how to manage the required technology and make the logistical arrangements with only 72-hours notice?

It was as monumental an offer as it was a challenge and MAC came together with everything they needed.

Garza’s immediate thought was to link in and broadcast from a field. Pedro Sifuentes, once a farmworker, now a farm owner and father to two of the students, made his field available. Alfredo Godinez, a heavy equipment operator and construction worker, has his weekends to provide music and sound to parties and sometimes large events. He had the right equipment, the knowledge, and the willingness to rig cables in the rough, outdoor setting.

“We were here until 10:30 Saturday night checking every spot to see where we could get connectivity,” Garza said. As much as Santos wanted to highlight the Mariachi students, inclusion depended on their ability to link in at the right time when the California co-host opened the festival.

Javier Gallegos, another successful young businessman, recently joined with MAC and heard what they were attempting. Aside from a tricky technical set-up, rehearsal and sound checks in the open field were a must. He provided tents, water, and more to bring a little comfort to what would be a tiring day. There were no complaints though and costumed and enthusiastic as always, the students under the direction of Levid Mora-Arriaga, were ready.

U.S. Representative Debbie Mucarsel-Powell came to speak both beforehand and as the show went live. “This Cinco De Mayo, I proudly joined students and community leaders in celebrating the dedication of Florida's farmworkers, who are a critical part of one of the largest agricultural workforces in the country," said Mucarsel-Powell. "Florida's approximately 100,000 farmworkers have been deemed mission critical to harvesting the food that Americans all over the country eat. They represent the promise of this country and are putting their lives on the line for our community.”

As for the students, “We are here to celebrate this incredible group of young students. We take this moment to enjoy the music and recognize their talent.”

Ciprano “Cip” Garza, co-founder of MAC, thanked the Congresswoman for not only her presence, but also for hundreds of protective masks she’s contributed. “The workers picking in the field haven’t stopped and they are safer because of you.”

“We’re very happy for these kids,” instructor Mora-Arriaga said. “They work very hard and we need your support.”

At 3:00 p.m., from her location in California, Eva Longoria welcomed a pastor linked in from Brooklyn to give an invocation. With the crowds tuned in to multiple streaming services, she introduced the Homestead Mariachi students to kick off the momentous event. Garza briefly explained they, the children of farmworkers, were in a field in tribute to their parents and others. Their performance was as lively as ever. Longoria applauded and praised them as compliments from viewers were steadily posted on-line.

As memorable as some of the Mariachi performances have been to date, this one will surely be toward the top of that list.