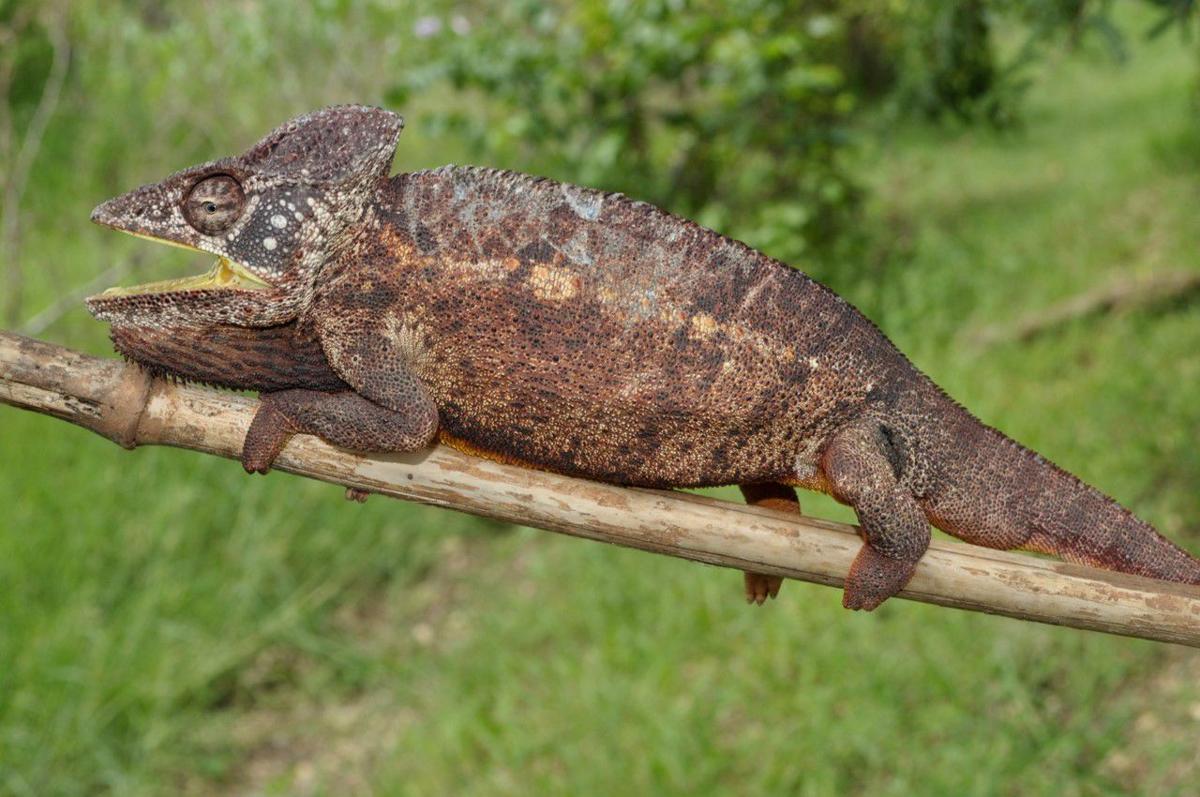 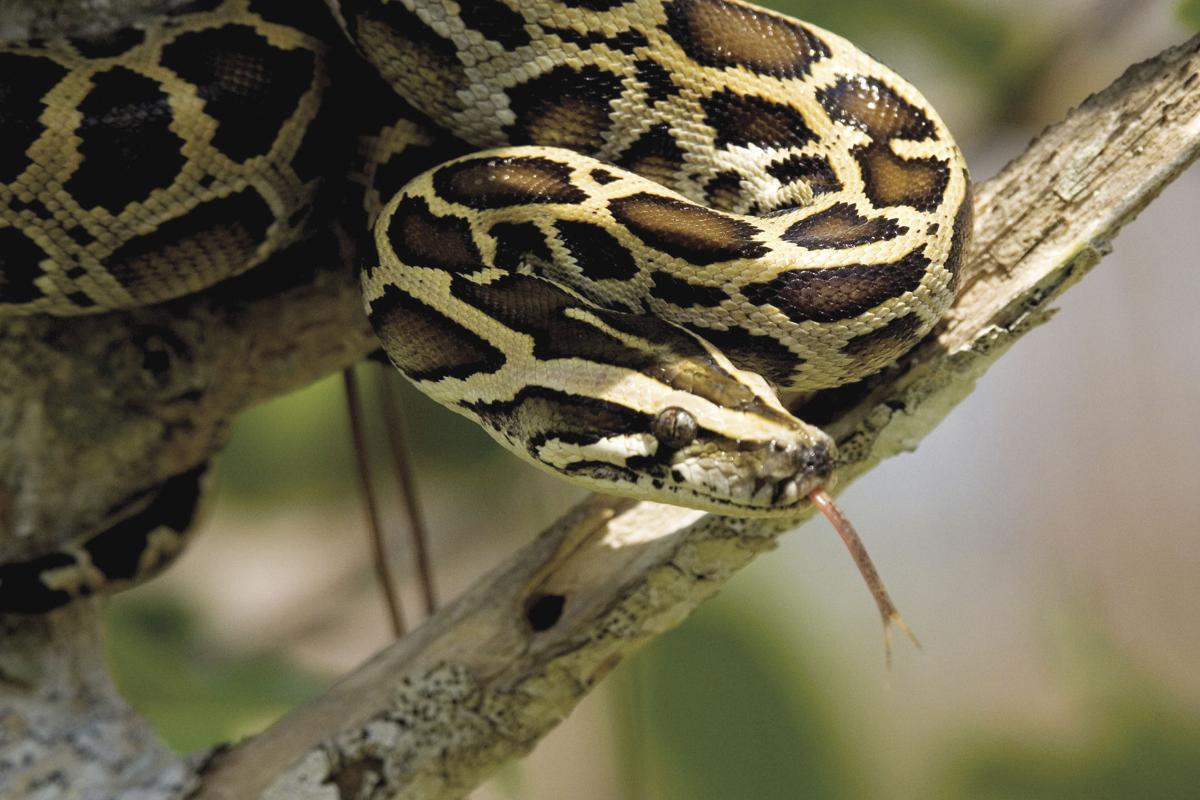 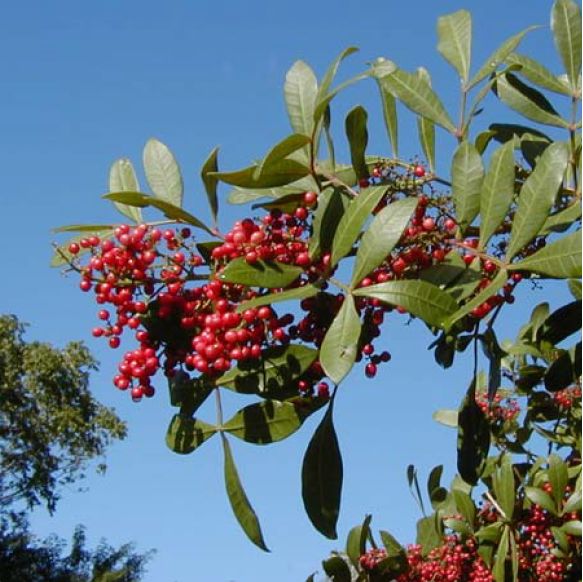 It was my first time in South Florida and I wanted to see an Oustalet’s chameleon. My husband knew that this was the only way he’d ever convince me to move here, and so he obliged. After securing permission, we headed to a nearby avocado farm with our headlamps ready.

Oustalet’s chameleons, or Malagasy giant chameleons, have only ever been found in two places: Madagascar, where they are native, and Homestead, Florida, where they are non-native. I had spent time a few years prior in Madagascar studying these giant chameleons. After I took my last trip there in 2012, I worried I’d never see another in the wild again. So when my husband got a job in Homestead, and I found out there were Oustalet’s chameleons found here, I said, “Alright. Maybe I could live there.”

Searching through those avocado trees did remind me of searching for lizards in Madagascar. Especially at night, these two places—Madagascar and South Florida—seemed similar to me. The air was humid even though it was chilly.

Once the sun went down, the night became alive just as I had remembered in Madagascar. I could hear the calls of frogs and the sounds of insects flying. I looked around the avocado trees and saw some perfect nighttime perches for sleeping chameleons. No wonder these lizards survived here in Homestead.

We didn’t find any Oustalet’s chameleons that night. Although I went back to our hotel room disappointed, I knew it was great news for Florida. The fewer invasive species found here, the better.

We didn’t give up. The next night we went out to another location in hopes I could see some cool lizards, maybe even an Oustalet’s chameleon, before I headed home to New York City. What I didn’t expect was to find mostly invasive species! We found a Cuban knight anole (native to Cuba), a veiled chameleon (native to Yemen and Saudi Arabia), brown basilisks (native to Central America and Colombia) and green iguanas (native to Central and Southern America). Where were all the natives?

Invasive species are bad news. They are able to spread aggressively outside their natural range, and can cause local extinctions of native species. Invasives are plentiful in South Florida because the subtropical environment allows for many non-native species to thrive, and Miami acts as a port of entry. Local ornamental and pet industries breed animals and plants here that have the potential to escape and survive.

The cost of invasive species is high. One study in 2005 found that invasive species cost the United States more than $120 billion in damages each year. Prevention is key. Once an invasive species becomes established, eradication is incredibly difficult. For example, an infestation of oriental fruit flies in Miami-Dade County in 2015 took six months to eradicate from crops and cost at least $4.1 million in direct crop damages.

“Over the last twenty years, the State and Federal government, along with local partners, have invested millions of dollars and countless hours in developing effective python control methods, but we still have yet to find the best solution,” explains Tylan Dean, Everglades National Park Biological Branch Chief. But that doesn’t mean the python fight is over.

Bryan Falk, the Supervisory Invasive Species Biologist at Everglades National Park, is realistic but also cautiously optimistic about the python issue. “It seems unlikely that we will be able to completely eradicate Burmese pythons from the park in the near future, but we are hopeful that continued research on Burmese pythons and other invasive species will help us lessen their impacts on the Everglades ecosystem.”

Burmese pythons get a lot of attention, but there are many other invasive species that concern park staff. The New Guinea flatworm puts native snails at risk, and there’s a small possibility they could spread disease to humans. Brazilian pepper was brought to Florida as an ornamental plant, but it turned into an aggressive invader that easily outcompetes native plants. Non-native apple snails outcompete the Florida apple snail and put that species at risk for extinction. Exotic fish outnumber native fish in some places in the park. Invasive species are a big problem in Florida, and they’re not going away anytime soon.

As for me, I have yet to find an Oustalet’s chameleon in Homestead. The longer I’m here, the less I want to see one, anyway. I’ve learned that our native species have a lot more to offer.

Five Things You Can Do to Help:

⦁ Don’t let it loose. If you can longer care for your pet, find someone who can. You can request help from the Florida Fish and Wildlife Conservation Commission (FWC) by calling 1-888-IveGot1.

⦁ Don’t pack a pest. When you travel out of Florida, do not bring back fruit, vegetables, flowers, nuts, seeds, firewood, or soil.

there used to be whippoorwills in homestead. you could hear them every spring. but not now. not for almost 30 years. some say hurricane andrew blew them away.

it's a losing battle to get pythons under control. they multiply so fast. will have to just let the native gators kill them if they can.