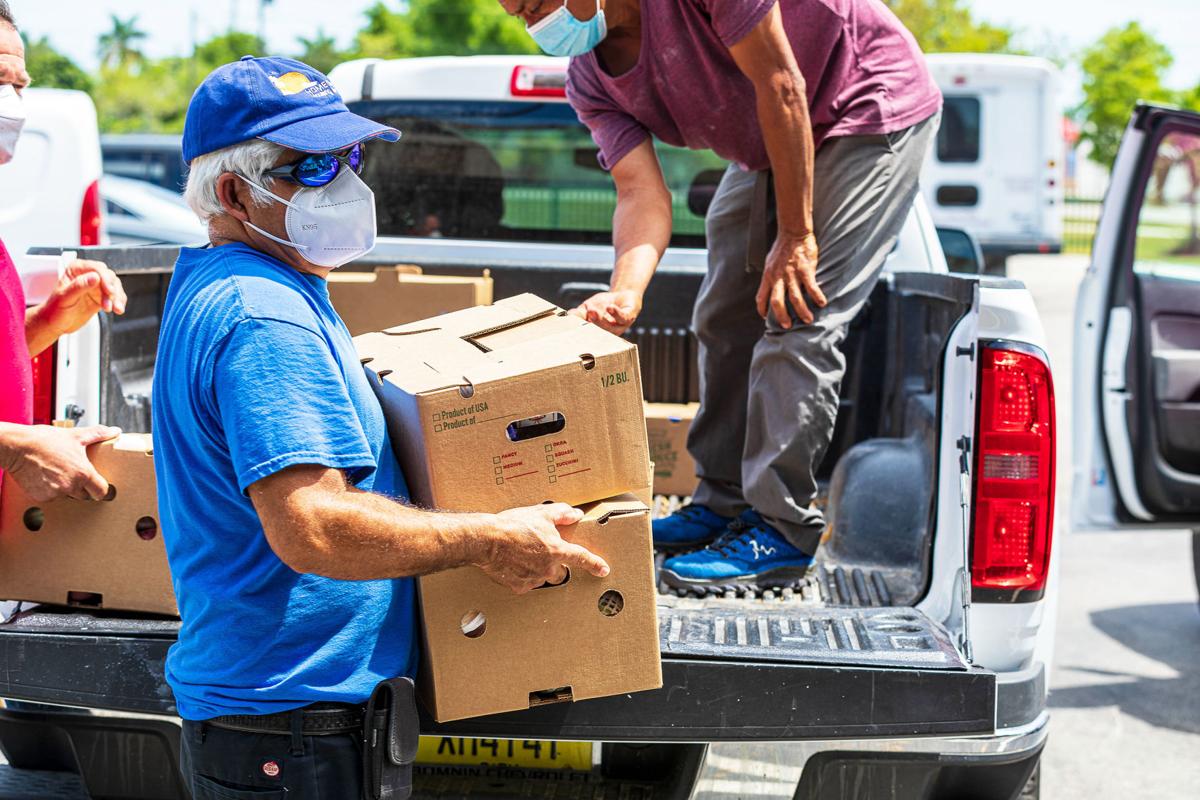 COFFO has tailored their food distributions at housing complexes to deliver to residents who cannot drive. 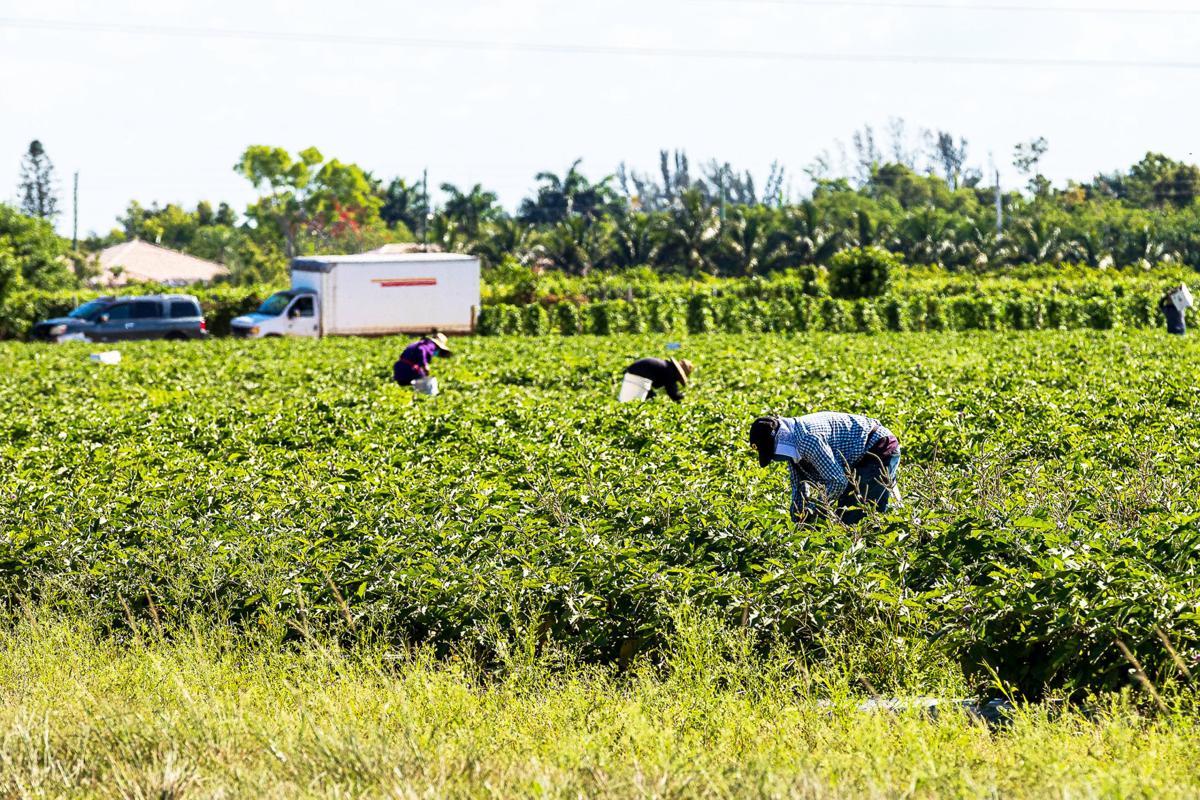 COFFO has tailored their food distributions at housing complexes to deliver to residents who cannot drive.

Recent government action to purchase crops/products directly from farmers and give those to food banks brought some relief as well as reduced the disturbing sight of food being destroyed even as massive unemployment grips the country. The severe adverse economic impact to the agriculture community has been reported since the COVID-19 crisis abruptly closed many markets.

While the local growing season is ending, the effect for next year is unknown. For another large segment of our population though, picking and packing house work here are only part of the story. Thousands of laborers would already be on the way to areas like Michigan as their seasonal crops ripen. The inability to do so this year adds to the vulnerability farmworkers always struggle with in times of agricultural disruption.

“Growers and workers form a partnership,” said Arturo Lopez, Executive Director for the Coalition of Florida Farmworker Organizations (COFFO). Lopez, originally from New Mexico, hadn’t expected his service in the U.S. Air Force to take him to the cold of Michigan’s Upper Peninsula. Post-service jobs in Chicago meant more icy winters and after attending a conference in San Diego, returning to below freezing temperatures raised the idea of relocating. Later, the COFFO position came open and he now has thirty-five years with them.

As explained on their website, “COFFO is a statewide nonprofit organization, whose main objective is to enhance the living and working conditions of migrant and

seasonal farmworkers and the rural poor in Florida. It is governed by a nine (9) member Board of Directors of which 1/3 are representative of the Public Sector, 1/3 are epresentative of the Private Sector, 1/3 of the Low Income Sector. While its main services are delivered by the Florida City and Immokalee offices, it provides statewide services when an agricultural disaster is declared by the Governor. COFFO delivers services to farmworkers and the rural poor in 13 counties in the state of Florida and works with other farmworker organizations to ensure that farmworkers are benefiting from the services available and that duplication is kept to a minimum.”

In the aftermath of Hurricane Andrew’s devastation, Lopez stepped forward to organize better local collaboration. Also from the COFFO website, “In 1992 Hurricane Andrew hit South Florida and destroyed most of the homes and businesses in Homestead and Florida City. COFFO's office, because of its location received minor damage and was operating three days after the storm. A few days later for some unknown reason, FP&L put and maintained a 60,000-watt generator behind it and connected it to COFFO’s main fuse box. COFFO had electricity and phone service and established a phone bank where farmworker organizations could come in and use its resources. COFFO realized that while it was a state-wide organization it could not meet all needs of farmworkers and formed the South Dade Farmworker & Hispanic Disaster Relief Coordination Council. A few years later after the community’s

recovery, COFFO continued having meetings and changed the name of the SDFHDRCC to the Migrant Service Providers. Presently its membership consists of 15 farmworker organizations of different disciplines and as many as 30 plus agencies that want to expand their service to farmworkers attend the meetings.”

“We have 43 members who work together,” Lopez explained of the group that meets monthly to address day-to-day challenges of agricultural work and quality of life issues. During three-plus decades of advocacy, Lopez has seen the landscape of agriculture change and emphasizes the partnership between growers and workers.

“In Miami-Dade most growers depend on workers they have had for years,” he said. “There is only one H2a [guest worker] contract in Homestead.” Both “partners” are affected by two on-going critical issues. Area farmers

continue to be faced with foreign crops being trucked into the state to compete with Florida-grown products during the local season. This in turn relates to the decision of some farmers to sell land which will no longer be used for agriculture. “I’m not trying to be controversial,” Lopez acknowledges, “but loss of agricultural land to development is a concern. The less land we have, the more we become dependent upon foreign countries for our food.”

Those over-arching controversies are likely to be debated for some time at multiple levels of government. For now though, providing additional assistance to individuals and families who may have an entire summer of limited, if any work available, is the focus.

As one component of help, Marie Avila, Outreach Specialist for COFFO, and her team were in the final stages of a food distribution event Friday, May 1, 2020 at Homestead Housing Authority Redland Center. There are 239 houses at this complex and while most residents were able to come by, Avila has

established a delivery service for those who are elderly or otherwise not able to drive.