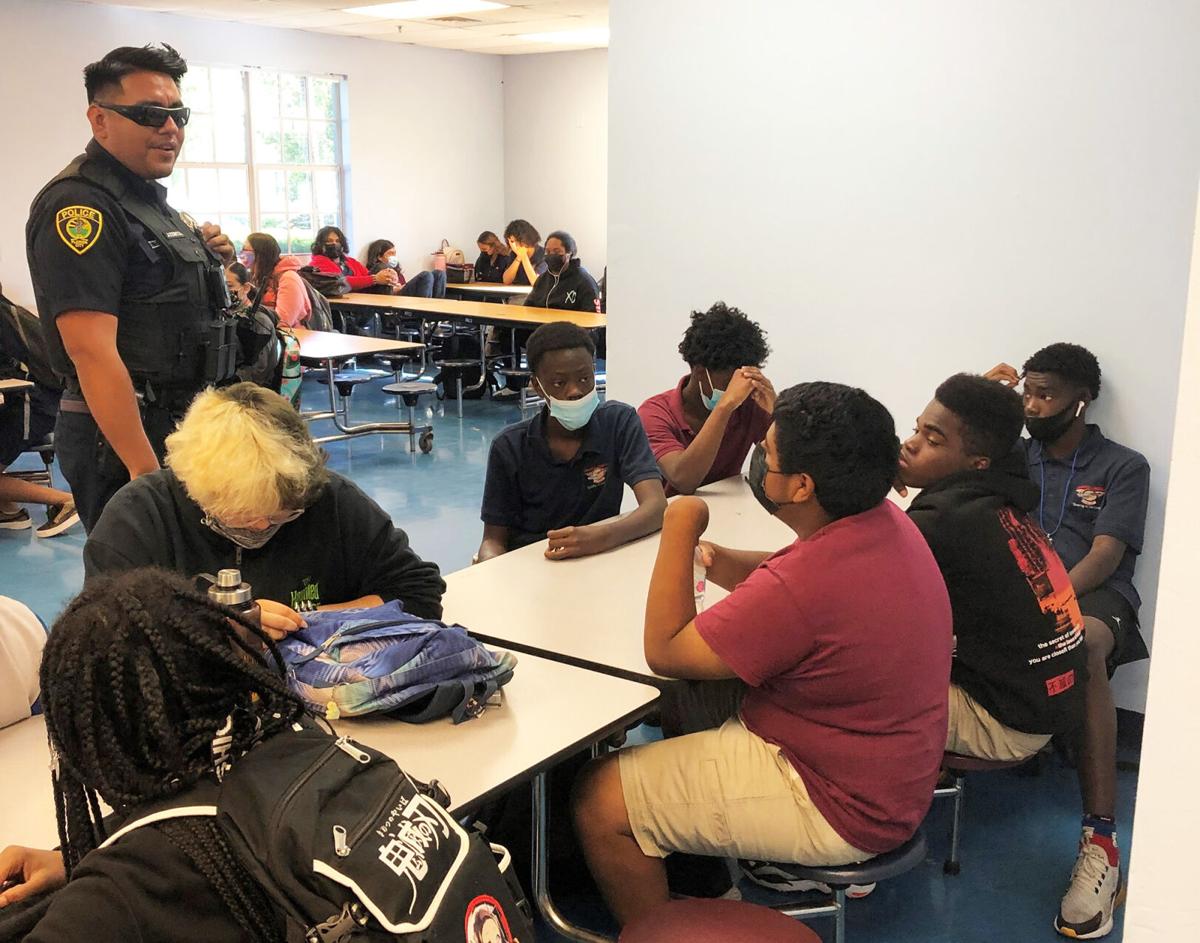 Officer JT Tzintzun discusses a question from some 9th grade students at the all high school assembly. 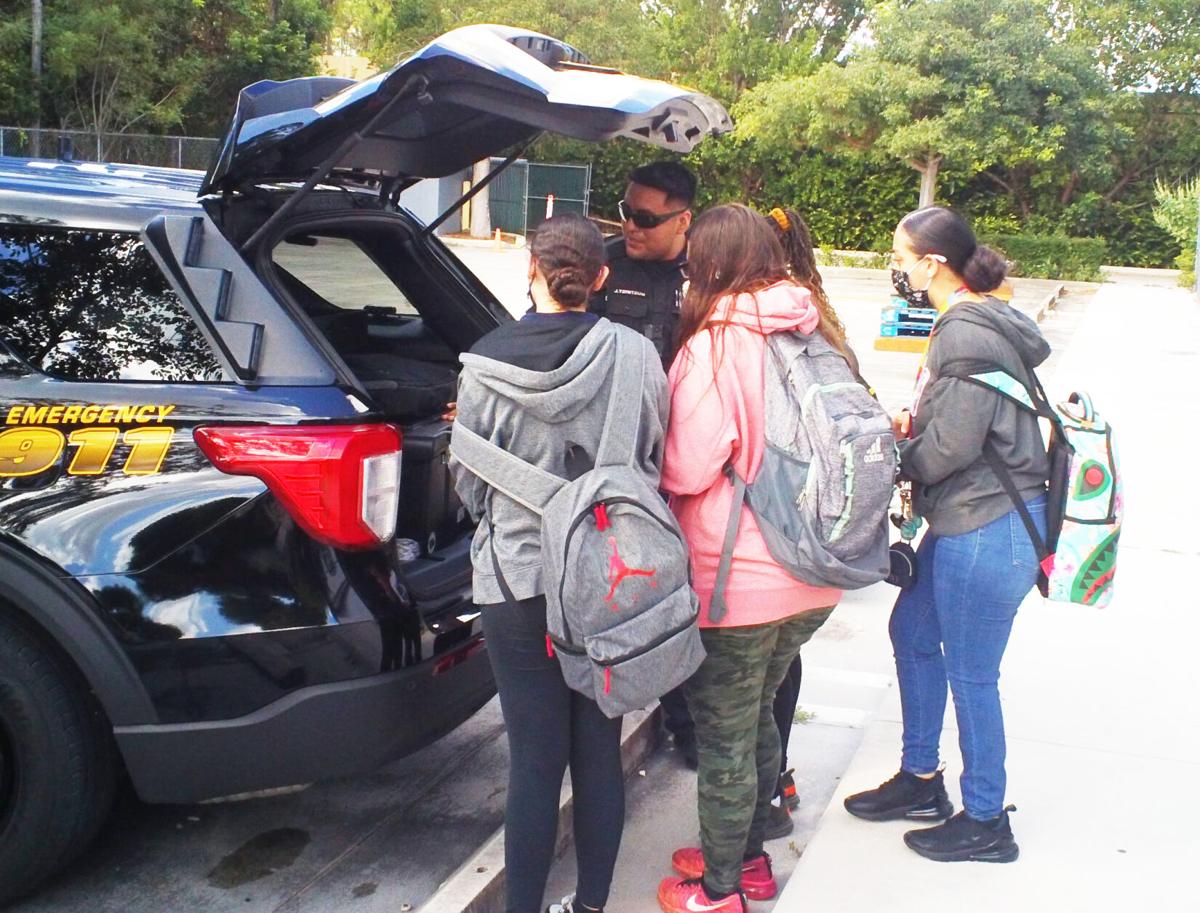 Officer Tzintzun showed groups of high schoolers all of the uses for his police vehicle.

With more students returning to in-school learning this year, in addition to navigating classes during the pandemic, students are also once again having to confront an even older problem: school bullying.

“Bullying is one of the most severe problems we’re finding in school’s today,” Tzintzun said.

And national statistics back this claim up.

According to the National Center for Educational Statistics: about 22% of students between the ages of 12–18 years old reported being bullied at school during the 2019 school year, and while this was lower than the number reported in 2009 at 28%, it’s something that students are still grappling with nationwide.

For Tzintzun, this was also an issue he’s dealt with on a painful and personal level.

“I was the one they would pick on...they poked me, they threw stuff at me, they told me I didn’t have a future,” said Tzintzun.

Bullied throughout school from elementary to high school, Tzintzun talked with high-schoolers in the academy’s cafeteria, about his high school experience.

“Weight was one of my issues,” Tzintzun said. “When I went to high school I was about 300 pounds, but I went to the police academy, and now I’m here -- I can run a mile in under five minutes..even with all my gear on.”

Tzintzun then spoke with the students about the effects of school bullying, like the 1999 Columbine High School Massacre where 13 students and a teacher were killed, and offered tips on how to combat bullying.

“If you see someone being bullied, tell someone,” said Tzintzun. “Don’t be scared.”

After answering several more questions from the students about his career and cases he’s dealt with, the attentive students got to go outside and see his ride.

Equipped with a black 2021 Ford Explorer, Tzintzun let students in groups of four check out his police vehicle inside and out; even letting them try out its assorted sirens and get on the truck’s public address microphone to taunt fellow classmates, resulting in laughs and smiles all around the academy’s parking lot.

One of the classmates there, 9th grader Anika Munoz of Homestead, talked about how she enjoyed the morning session with Tzintzun.

“It’s really cool that he came to talk to us,” Munoz said, “gave us some of their time, and just answered our questions, and be calm with us.”

For 11th grader Abraham Cornejo of Florida City, it was also a necessary event.

“It’s really important to understand about the problems of bullying in the school system,” said Cornejo. “It’s good to replay the message so people can hear.”

Tzintzun also offered another dose of hope to those suffering from school bullying.

“Now that we’re all grown up, the same people that used to bully me, now we’re friends,” Tzintzun said, “and they apologized now and they are like, I was wrong for doing that at that age and look at you now!”

As such, Tzintun gave a final bit of advice to struggling students.

“Anything is possible,” said Tzintzun. “If you were bullied, keep your mind set, and you can become somebody with a future and a good career.”

Florida City Police held three days of assemblies at the school, having the students get to know them in the school surroundings instead of a police emergency situation. Detective F. Hardy spoke with the elementary students, and Officer K. Cocker and Officer R. Liberato spoke with the middle school students.

To learn more about how to deal with school bullying, visit www.bullyfree.com for additional tips, resources, and information.