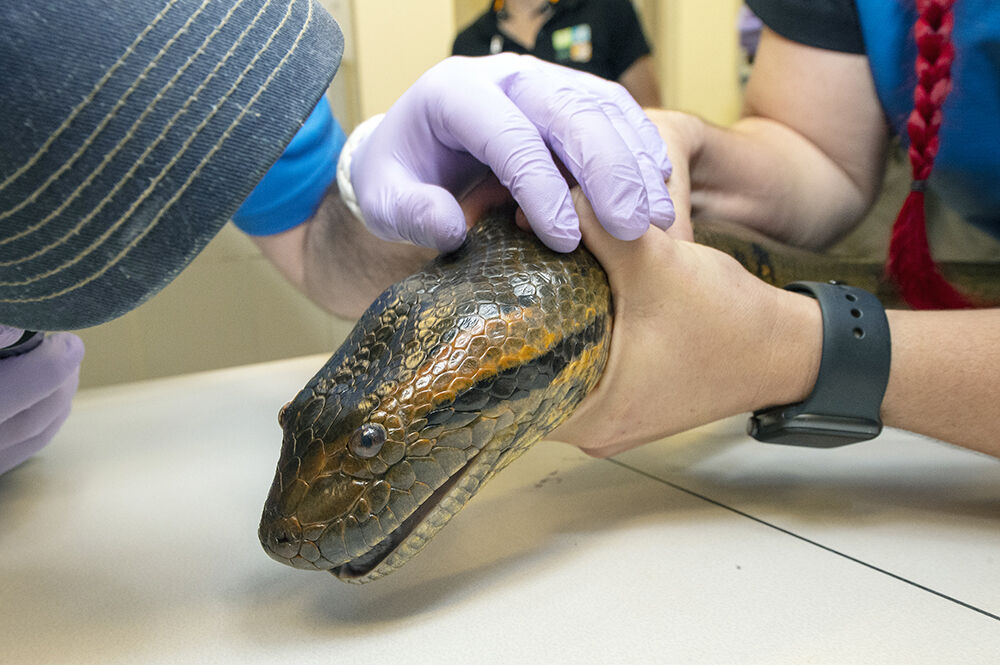 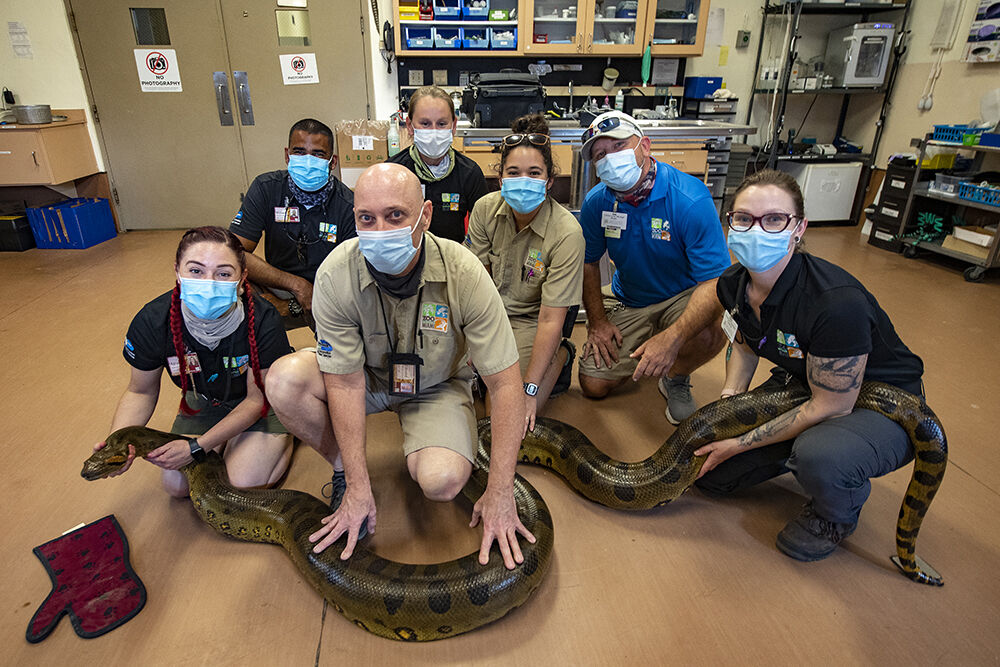 As part of Zoo Miami’s carefully managed preventative medicine program, a nearly 100 pound green anaconda with a length of more than 13 feet, was brought to the zoo hospital yesterday for a physical exam. It took several individuals to carry the massive constrictor while the Animal Health team

collected blood, took X-rays, examined the mouth and eyes, and performed an ultrasound. Fortunately, she was relatively calm during the procedure and required minimal restraint.

The examination went well and the snake has since been safely returned to its habitat. All initial indications are that she is in good condition.

Because wild animals generally hide any symptom of being ill or injured until the problem becomes so severe that treatment becomes a much greater challenge, the Animal Health team performs regular exams on a wide variety of the animals that live at the zoo with the main goal of diagnosing any potential problems before they become serious. That is the foundation of its

Anacondas are the world’s largest snake. They are nonvenomous and can grow to over 20 feet long and weigh over 500 pounds though most individuals do not get that large. They are semi-aquatic and are found in a variety of freshwater environments throughout the Amazon basin. As opportunistic feeders, they will prey on almost anything ranging from caiman to jaguars but most often small to medium mammals such as capybara, coatis and deer.