1,000 special military guests enjoy the racing at twilight during the Dixie 400. 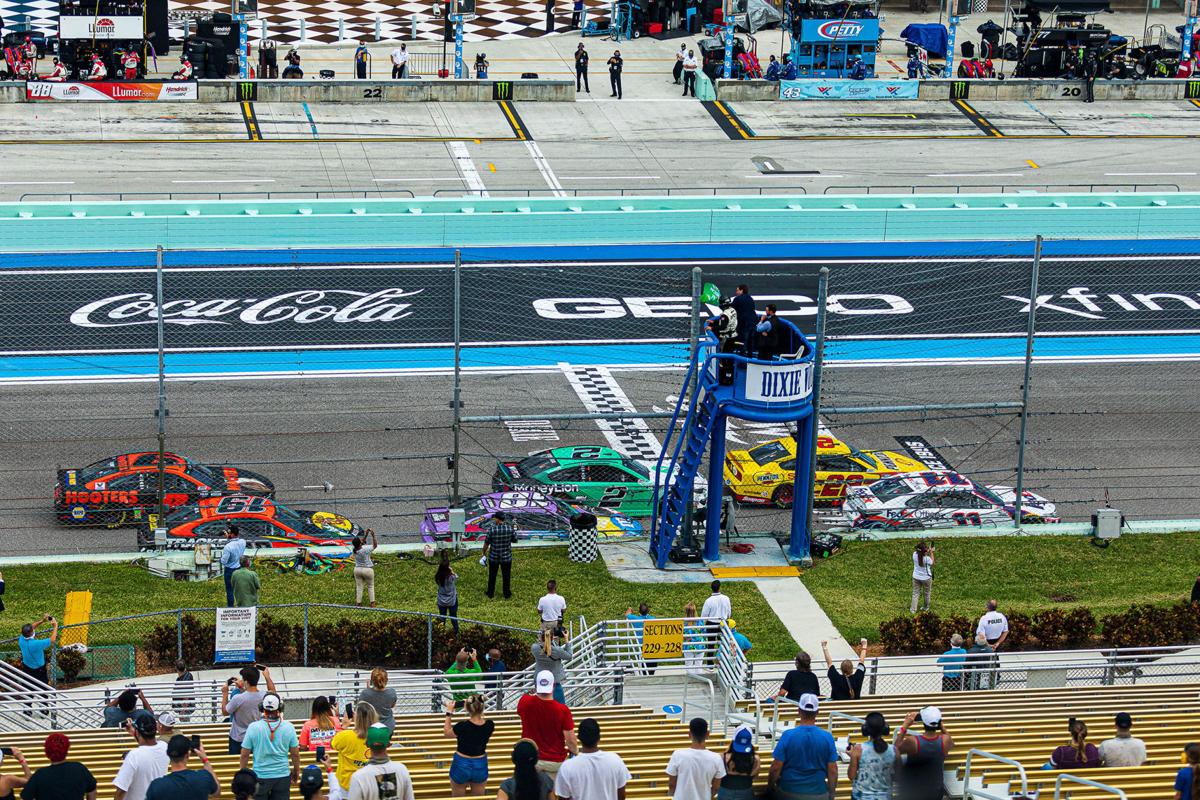 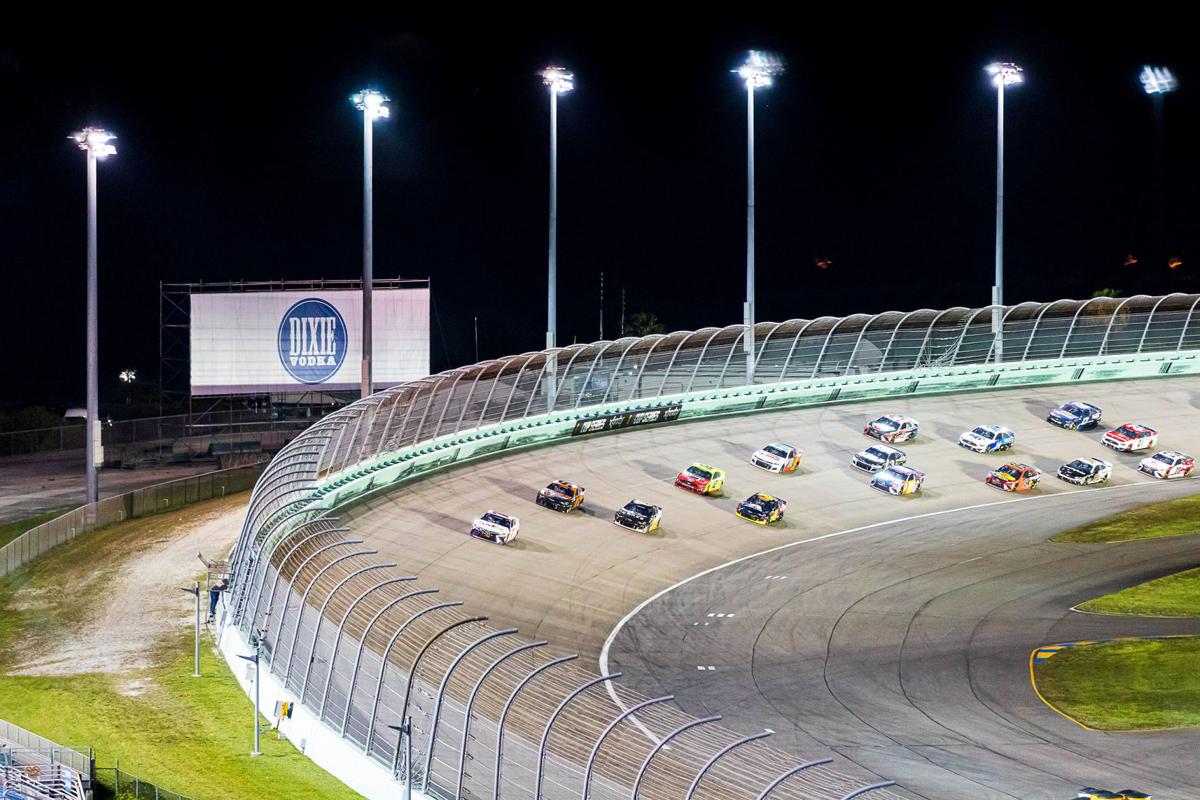 There have been many significant races in Homestead-Miami Speedway’s 25-year history. Its first races in 1995 heralded and aided the ongoing recovery of Homestead and South Florida from the devastation of Hurricane Andrew. For 18 years NASCAR Champions were crowned in each of the three premier series at the Homestead races.

The fourth race of last weekend, the NASCAR Cup Series Dixie Vodka 400 took on a greater significance as the first major sporting event anywhere in the United States to have fans in the stands since COVID-19 imposed shutdowns. Close to 1000 fans, mostly military members and their families, were screened and temperature checked prior to entry and were seated in the grandstands to insure social distancing.

In a race scheduled to end in late afternoon a significant number of the fans stayed into the late evening, enjoying being a part of a measured return to in person spectator sports.

In recognition of the significance of the occasion, Governor Ron DeSantis, Lieutenant Governor Jeanette Nunez and Miami-Dade County Mayor Carlos Gimenez were on hand to welcome the crowd. Governor DeSantis would later wave the Green Flag to start the race.

Jimmie Johnson, driver of the #48, has announced that this is his last year as a full time Cup competitor. The 7-time NASCAR Cup Champion was honored with the renaming of the tunnel under the track that is used by every driver and team to get into the infield and garages. It will now be known as the Jimmie Johnson Southernmost Tunnel. Johnson said, “It’s such an incredible honor to have this tunnel renamed for me…. So many incredible memories were made at this track, I will always remember how special this place is to me.” Johnson started ninth in the race.

Typical South Florida summer weather would plague the race from before the start. A rain shower that only dampened Turn 4 delayed the start of the race as track drying equipment removed the water.

Denny Hamlin in the number #11 Toyota started on the pole with Joey Logano in the #22 Ford beside him. Only five laps into the race, with Logano leading, lightening in the area called a halt and sent fans under the grandstands to shelter while observing social distancing rules. This stoppage lasted for just over two hours.

After the restart, a spin by Ryan Newman in the #6 coincided with the planed Competition Caution. At this point Chase Elliot in the #9 and the #8 of Tyler Reddick were at the front of the field. Lightening again brought the race to a stop at Lap 33. This delay was to last almost 40 minutes. In the run to the end of Stage 1 the #12 of Ryan Blaney and the #11 of Denny Hamlin ran in front, with Hamlin taking the stage win.

Denny would go on to win Stage 2 and ultimately the race. While he led 137 laps, he and the other six lap leader were constantly being challenged. After late Green Flag pit stops, Hamlin lead the last 30 laps but won by less than 0.9-seconds over Chase Elliot and Ryan Blaney.

Hamlin notched his third victory of the season and his 40th career win in the Cup series making him the 19th winningest driver in the history of the Cup Series.

The win was also his third at Homestead tying him for most wins here with Tony Stewart and Greg Biffle.

After the race Denny Hamlin said, “Win number 40 is special. That’s a big number and I never thought I would get there.”