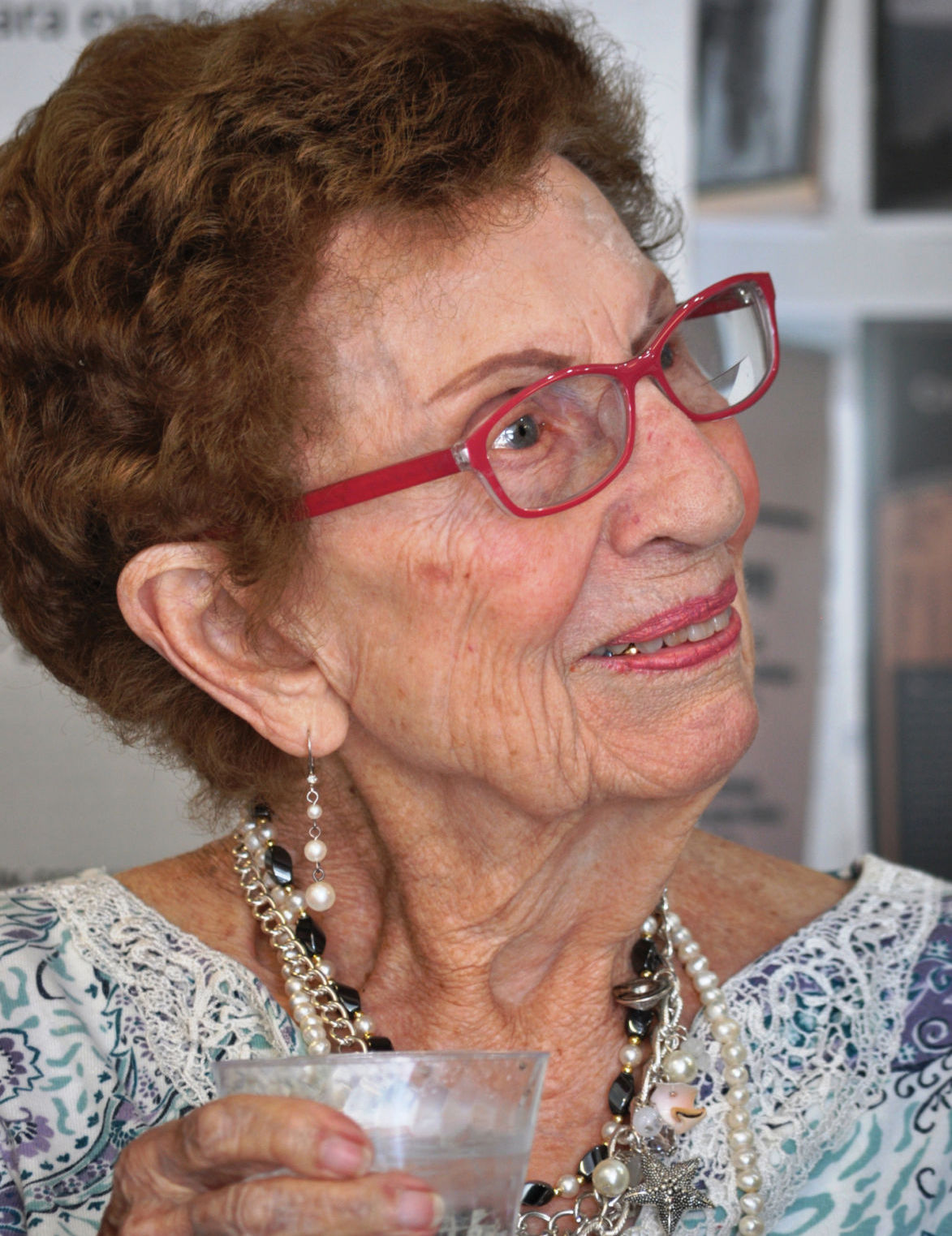 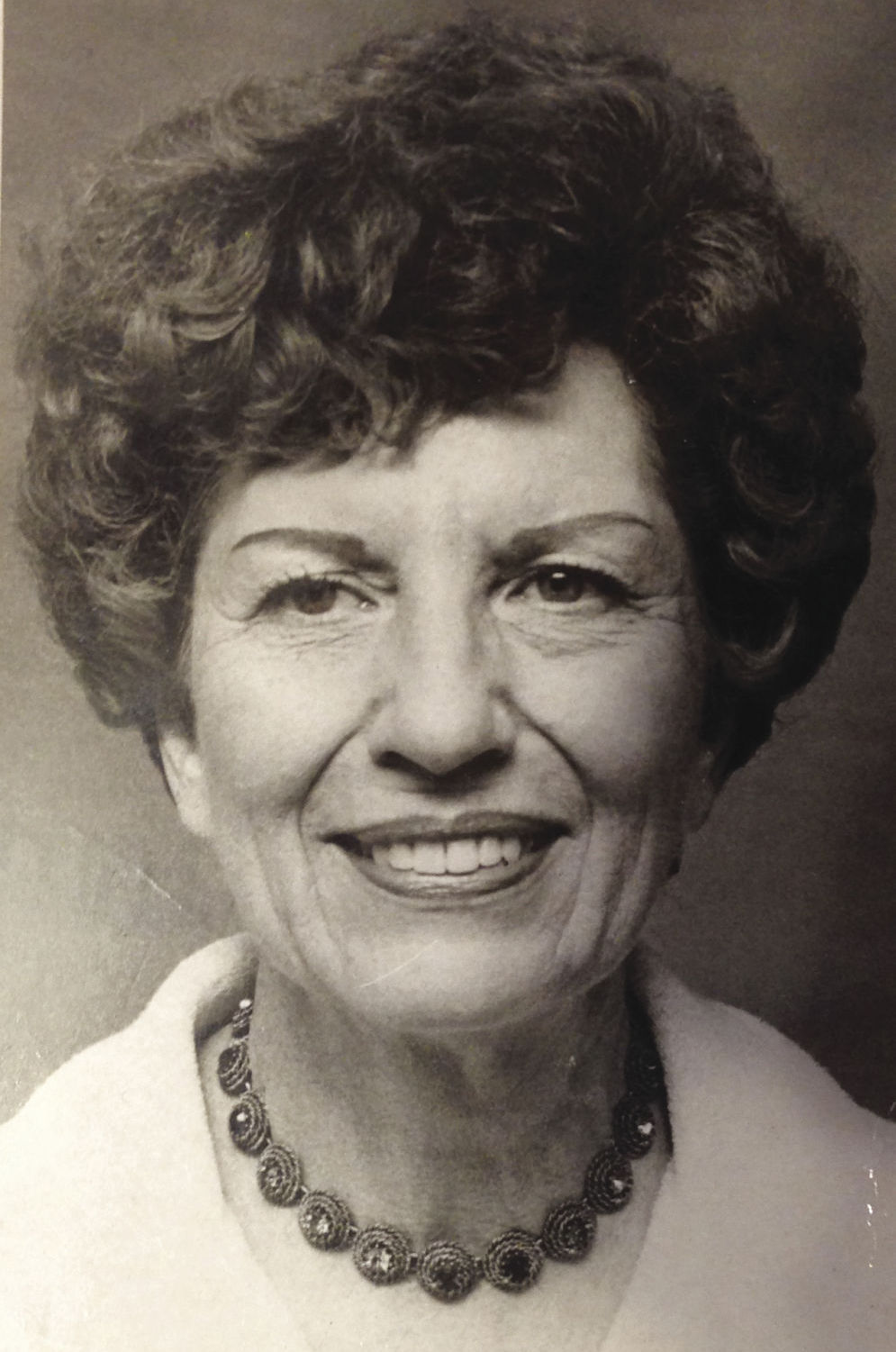 Ruth Campbell came to Homestead in 1942 with her Aunt Ruth to visit Aunt Grace who had come in 1926.  She was born in Kentucky but came from Detroit, Michigan where she had completed cosmetology school.   Ruth’s first job was in the Homestead Grocery where she said she was able to meet and get to know everyone in town.  Then she went to work at the Army Air Field, first as a teletype operator and later in the finance department, primarily working with the payroll bonds that were purchased.

After the war she built and owned a beauty parlor and put her schooling to use.  She also had one of the first “fitness centers” in conjunction with the beauty shop.  She joined the Woman’s Club of Homestead in 1945 and married one of the local boys, Pete Campbell, whose grandfather had been one of the first homesteaders in the area in 1947.   Ruth related that his real name was Harold Milton but as a youngster he was such a bit of a thing that her got the nickname “pee-wee”  but when he outgrew that nickname it became “Pete”.  She was widowed in 1980.

Ruth made a real mark on the City of Homestead by her continued involvement  in making it a great place to live. The first time she was elected to the City Council was in 1963 and she served a total of 24 years as one of the citizens representatives on this council.  Twice she received the highest number of votes in the election and was elected our Vice Mayor.

Another major first for this remarkable lady was to be elected the first woman President of our Chamber of Commerce in 1967.  Yes, she was on the City Council at the same time too.

The Chamber organized the Military Affairs Committee during her term which has become a liaison group of citizens with the military at the base.

Ruth resigned from the Council to serve on the State of Florida board which regulated beauty shops and barber shops.  Her scope was not limited to just Homestead and she was recognized by her peers in government.  She served as the President of the Dade League of Cities 1991-93, was on the board of the Florida League of Cities and worked hard as a representative on a very active committee on government and financing for the National League of  Cities.  These positions brought very positive feedback and recognition for Homestead.  She also served on the Miami-Dade Historic Preservation Board and the board of the Florida Pioneer Museum.

With the help of Irving Peskoe, Ruth somehow overcame the efforts of the majority on the City Council wanting to demolish the old 1917 Homestead Town Hall for a parking lot.  She spearheaded an effort to win State of Florida grant dollars to restore the building.  Working with local architect Robert Barnes she won a state award for excellence in restoring the building.

She raised her family and continued to run her business while being so involved.  At one time she also owned and ran a travel agency.   She gave many hours volunteering for the Baptist Church, the Woman’s Club and the South Dade County Fair.

Ruth was a dedicated member of the First Baptist Church. She passed away May 7, 2019, at home at age ninety-eight and Monday, May 13, 2019, family and friends gathered to pay their respects. Dr. Howard Harden, Senior Pastor, pointed out her choir robe on the chair where she sat for the decades she sang in the choir. Indeed, there were few activities she hadn’t belonged to in her fifty-nine years in the church. As a Sunday School teacher for fourth graders, there were several attendees who nodded in recalling how each Christmas she gave the boys a toy Hess fuel truck. Russ Philpot, Minister to Senior Adults and his wife, Doris, provided a few other stories of their shared past.

Nick Sincore, former Mayor of Homestead, had spoken of her influence both prior to and during the service. “I met Ruth in 1952 right after I returned from the Korean War. I also knew Ruth’s husband’s family; they were good people. I knew her Aunt Grace who had the beauty parlor with her. In fact, when I opened Sincore Funeral Home, it was on Krome Avenue across the street from their beauty parlor. Ruth came over and brought me two big, beautiful leather-bound historic bibles and people often remarked about how nice they were.”

‘She was the one who got me into politics. The first time she asked me I wasn’t interested. About three years later I agreed, and I won vice-mayor my first time out. I didn’t really know what that was all about but soon learned. I was sworn in upstairs in the Town Hall [now the Historic Homestead Town Hall Museum]. Ruth was involved in everything and everybody knew her. She was remarkable and always smiling. The only times I ever saw her be otherwise was on council. She could have it out when she wanted to, and she held her own. I was on council for thirty years and she was on for twenty-four. She could have gone into County or State politics as popular as she was, but she stayed right here in Homestead to help. No one will ever know all the good things she did; there are too many to count.”

Evelyn McClean, who came to Homestead in 1954, was like any other bride who wanted to have her hair done special for her wedding. Her aunt gave her a home permanent that didn’t turn out quite the way they intended. “I went to Ruth’s beauty parlor and she fixed it for me.” The McClean family was also heavily involved in the community, to include the Chamber of Commerce. She too recalled the creation of the Military Affairs Committee as Zeke O’Farrell, who worked for ATT, had established one when he was worked in Key West prior to coming to Homestead. Orville Haller was another early member as was Ruth and as has been said, everyone in town did know her.

Familiar smiles crossed faces with each story told during the service. Some of Ruth’s favorite songs were played with the hymn, “When We All Get To Heaven” as the final selection. That was the hymn Pastor Harden and others sang to her when he made what he didn’t realize would be his last visit. She passed only hours after he left.

Steve Losner, also a former Homestead vice-mayor and council member, later emphasized Ruth’s approach to community. “She did service without ‘Selfies’ and Social Media. She was known by her service and good deeds”.