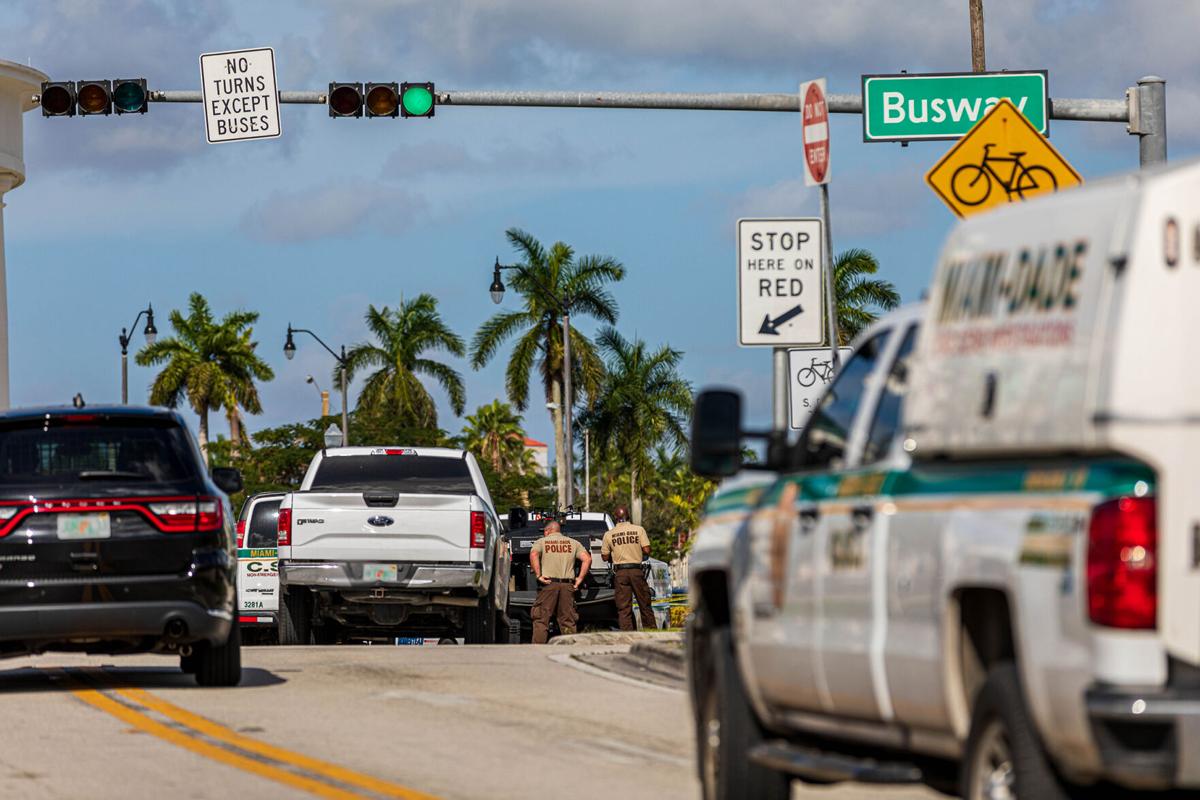 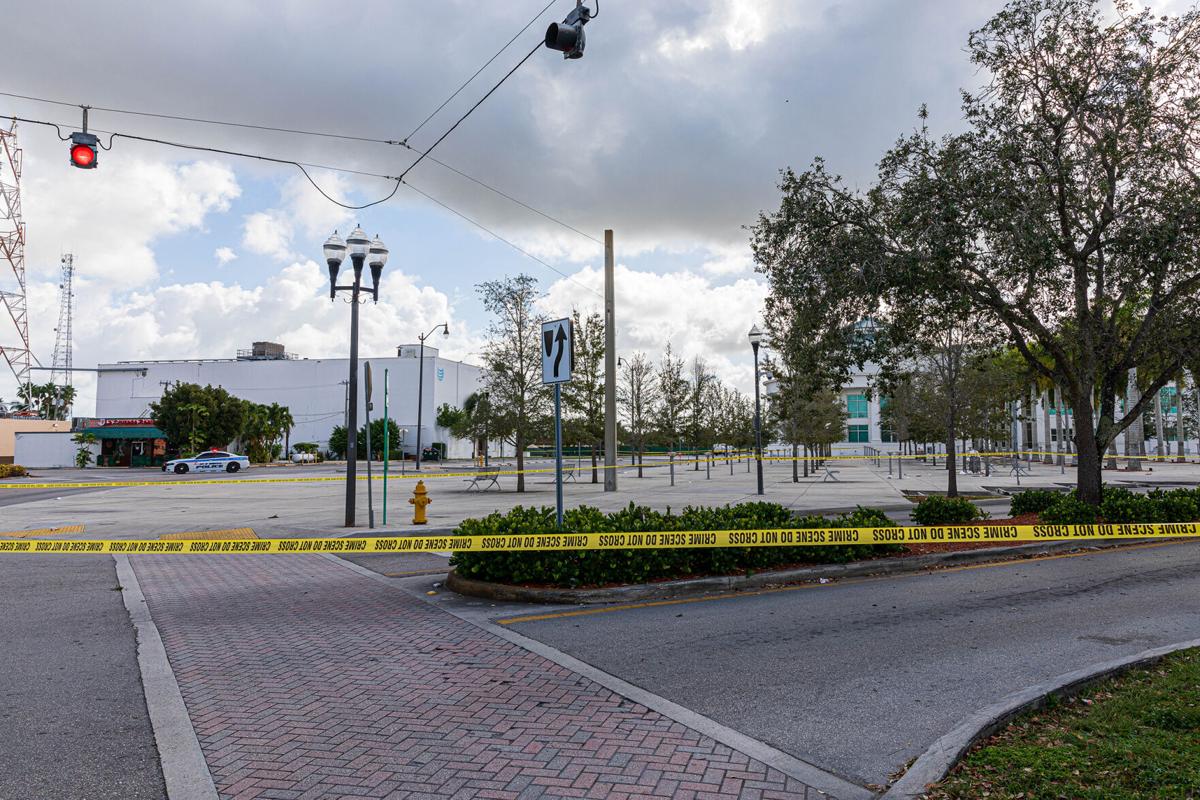 A large area around the Homestead City Hall was cordoned off to allow processing of the scene of the of a fatal police involved shooting. 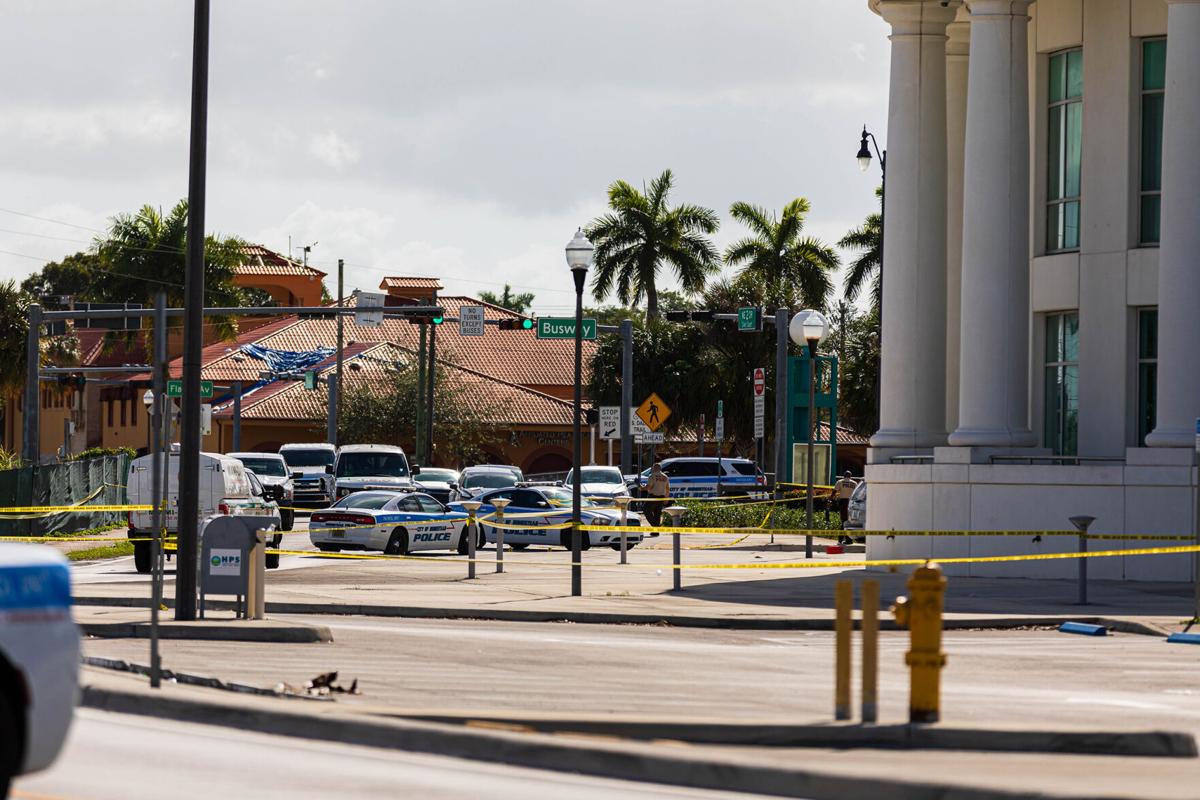 Early Sunday morning at approximately 2:30 AM, Homestead Police were involved in a confrontation, outside the entrance to the Homestead City Hall, with an armed suspect that resulted in his death. A source told the News Leader that the suspect shot at officers who then returned fire.

The area around the City Hall was cordoned off between the Busway and Washington St from NE 4th St to East Mowry Dr. as Miami Dade Crime Scene Investigators and other MDPD personnel processed the site of the incident.  Around 11 AM the affected area of Washington Street was reopened to traffic though the Busway remained blocked.

Although no officers were injured, one of them was shot through the pants in the leg area.  The investigation continues.”

Neither the names of the deceased subject or of the officers involved have been released. This story will be updated as more information becomes available.