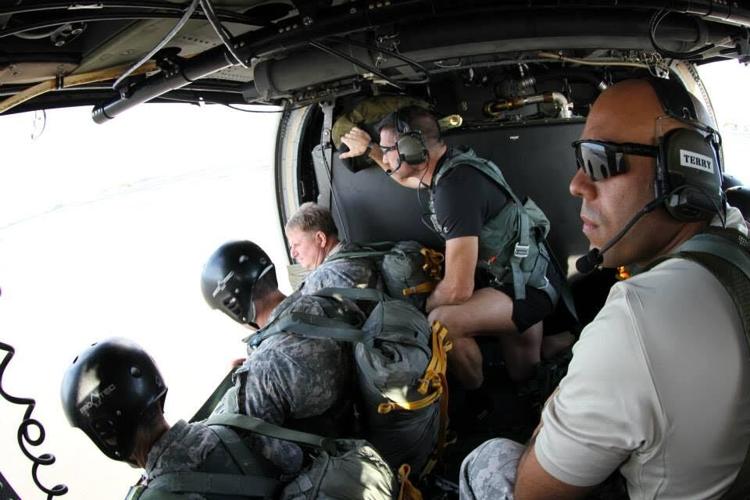 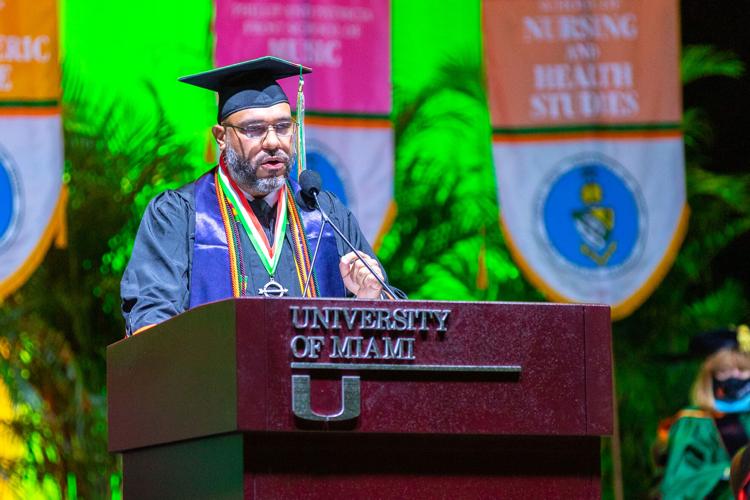 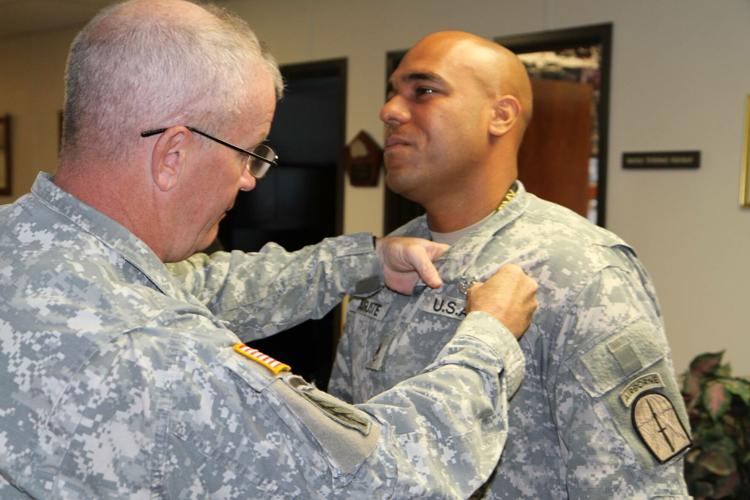 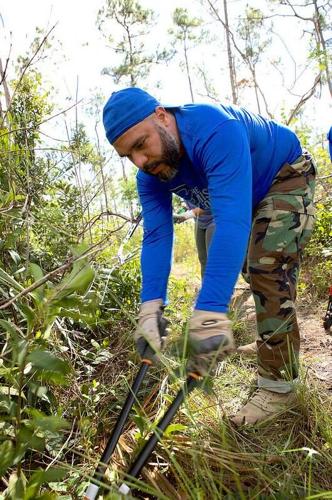 With our nation’s capital currently being protected by our National Guard, America’s military has been in the spotlight now more than ever.

And while these active soldiers support the Washington D.C. community, retired military veterans are just as actively assisting in their local neighborhoods.

Derek Auguste is one of them: helping others and helping himself at the same time.

Initially, when he was just 19 years old, Derek became a father with his first child, and realized that he needed to make some personal changes for the good of his new family.

“Anytime something got difficult or hard, I had the freedom to quit, or try something else,” said Auguste, “I never willingly put myself in a position to go through adversity.”

Derek’s brother-in-law already served in the army, and his friend was a recruiter -- one who Auguste said did an excellent job at promoting the pay and benefits of the army versus other branches.

“The army afforded the greatest opportunity to take care of my family, the way I wanted to,” Auguste said.

More importantly however, that crucial commitment to improving himself also lured Auguste to enlist with the Army.

“That was for me the best way to get discipline, perseverance,” said Auguste.

As a result, Auguste began his service with the Army at the age of 22, and quickly earned the rank of staff sergeant within six years.

His speed and capability in succeeding throughout his military career was largely aided, Auguste said, by knowing his family was being accommodated.

“I was able to deal with the challenges and adversity by reminding myself of how fortunate I was to not have to worry about my wife and daughter having healthcare...that gave me peace of mind,” Auguste said. “I’ll do whatever push-ups, whatever run, throw a rucksack on my back and walk for miles...at the end of the day, my family was taken care of...it made the challenges doable.”

Whether part of the Special Operations Command South here in Homestead, serving in Iraq, or being deployed for Operation Unified Response (OUR) to Haiti after the 2010 earthquake as part of the humanitarian operation to help its citizens, Augsute offered his robust support to the Army to help even more people.

Upon leaving after 11 years of service to the Army, Auguste now serves in his community as an advocate -- such as in environmental initiatives or with local youth for instance -- as a way to keep himself and other vets from the downward spiral of Post-Traumatic Stress Disorder (PTSD).

“That first year after getting out was a real struggle,” said Auguste.

With the help of the nonprofit group Warrior-Scholar Project (WSP), who Auguste said were instrumental in leading him toward ways to help locally, he also enrolled in University of Miami (UM), where last year earned his

During his college experience, WSP showed Auguste -- as he and many veteran grappled with classroom learning/settings as opposed to the younger students -- that he was able to share even more pertinent lessons to benefit his classmates.

“I learned my leadership lessons through blood sweat and tears,” Auguste said, “if I can share it with them, and they can take one or two parcels of what I share, it’s on me to do so.”

As such, with WSP’s learning strategies and Auguste’s life experience, he was the only student speaker during UM's 2020 commencement ceremony; a speech with special family importance.

“Given everything that the class of 2020 had gone through, there were so many parallels to what I had gone through in 2019 with the loss of my brother,” said Auguste. “Having your world taken from you, but yet we were all still standing there, we all still managed to achieve that goal of graduating college.”

For Auguste, the journey of college was the achievement.

And it was this idea that was further celebrated by the graduating theme: Journeys Always Manifest Achievement, which also honored his brother’s memory as it was also his initials (JAMA); something Auguste said allowed him to be there spiritually, and something he’s incredibly grateful for and in awe of.

“It was a surreal experience, something that was extremely unexpected, that UM would have this old guy be the undergraduate commencement speaker,” Auguste said.

As Auguste continued to offer his family and himself in the service of others, over the holidays, after his pastor -- Rasheem Howell of Faith Delivers Outreach Center in Miami -- noted difficulties in collecting toys for needy children, Auguste and his wife also personally helped with wrapping and collecting over 300 toys, as well as even purchasing approximately 150 extra toys themselves.

These gifts were later distributed by the South Florida nonprofit group Destined for Greatness Foundation, led by Elvin J. Dowling.

For Auguste, this was yet another personal opportunity to pay forward a blessing given to him and his family.

“To be in a position where I can help organizations to give presents to kids, it was because an organization helped me have things under my tree for my kids to open up,” Auguste said.

And most recently for children, over the Martin Luther King Jr. Day weekend, Auguste volunteered at Bright Futures School of Excellence where he and others helped to restore the school by building an outdoor seating area, installing a school seal, painting, and more.

“To be able to work with a school that is so vital to the community, to give it a facelift... we want these kids to have pride in walking into that building, and pride knowing that how they walk in is not how they're going to walk out, that there’s a group of people that are committed to improving their experience,” said Auguste.

All of these and newer opportunities gave, and continue to give, Auguste a new mission, a new task to get up for every morning -- something he wishes for all veterans suffering with PTSD as a way to cope and resume their lives in a healthier, fulfilling, and more purposeful manner.

“The pervasive idea of ‘the best time of my life is behind me’ that’s dangerous, that’s extremely dangerous,” Auguste said. “You can use that experience of the military to create the best life you’ve ever had.”

As for Auguste’s personal objective, he’s got one overarching goal, which exemplifies one of the Army’s seven values: selfless service.

“My new purpose in life is to prevent one veteran suicide from happening, that’s a success, everything I do is with that singular focus in mind,” said Auguste.

In the future, Auguste has plans to go to law school; for now, this veteran, graduate, advocate, husband, and father of two is currently the Alumni Engagement and Outreach Fellow with WSP.