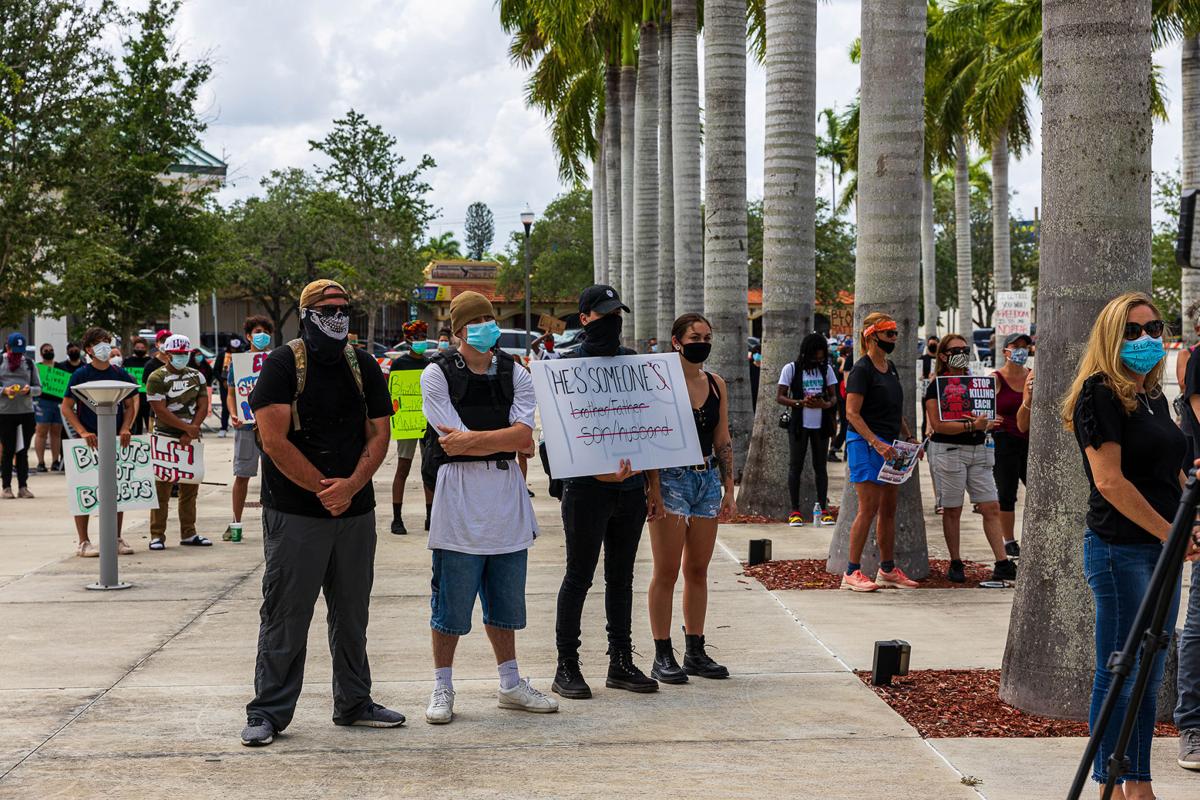 Rep. Debbie Mucarsel-Powell (far right) was among the crowd of up to 200 protesters. 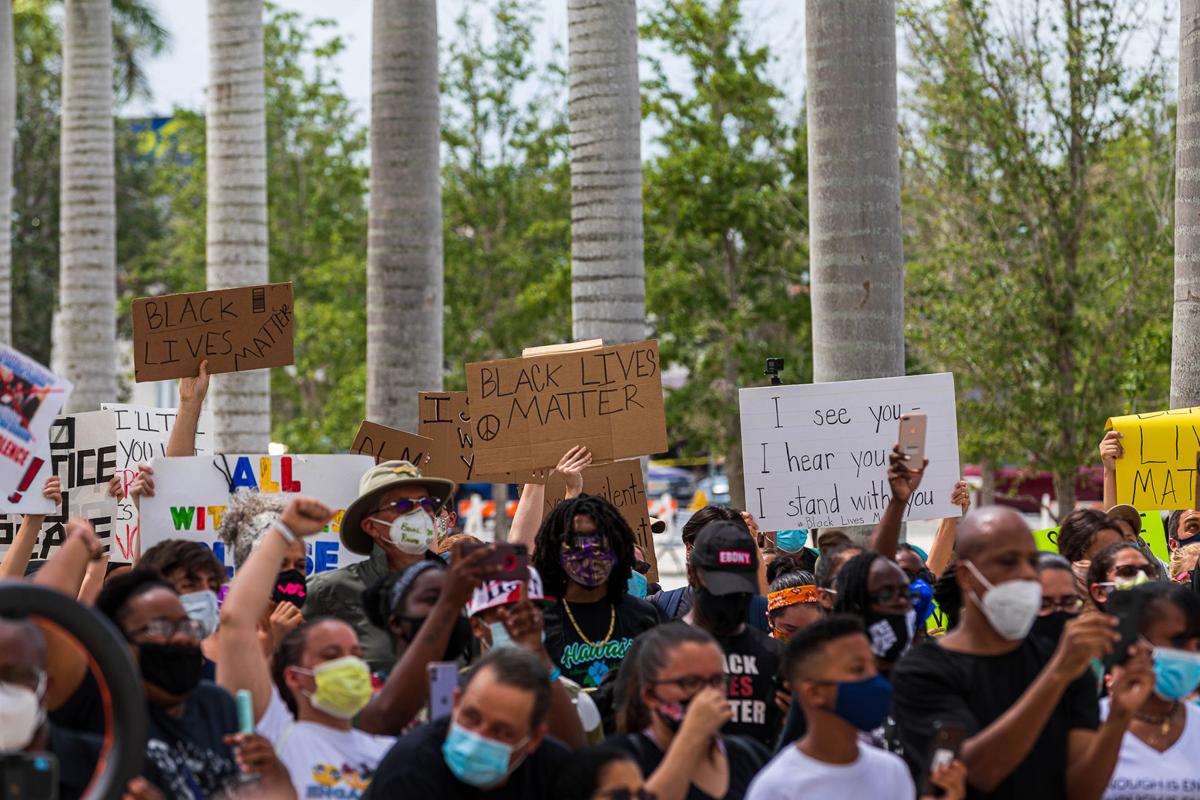 A crowd that approached 200 gathered for the demonstration at Homestead City Hall on Sunday 7 June. 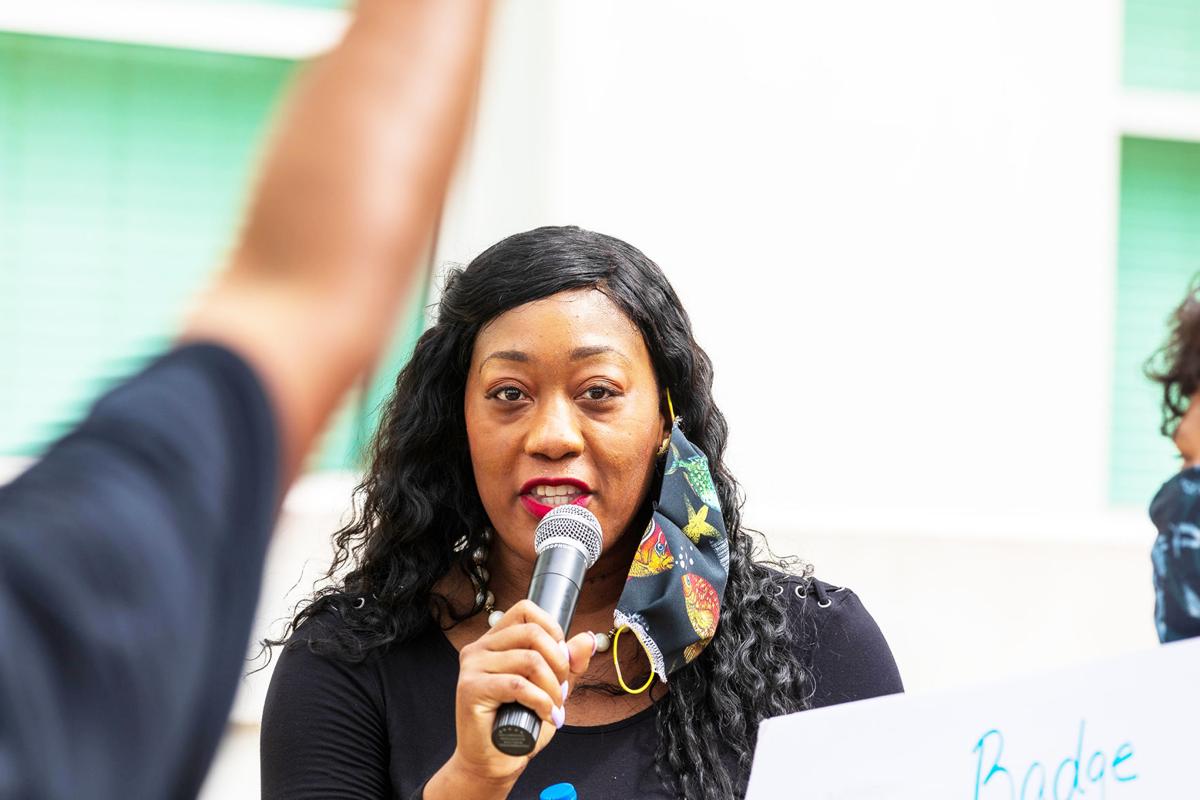 Rep. Debbie Mucarsel-Powell (far right) was among the crowd of up to 200 protesters.

A crowd that approached 200 gathered for the demonstration at Homestead City Hall on Sunday 7 June.

On Sunday 7 June Homestead’s City Hall was the site of a Black Lives Matter demonstration. Beginning around 3pm a diverse and peaceful crowd held signs and occasionally joined in chants.

The crowd, which grew to close to 200 at one point, was mostly masked. Pastors from Perrine and Richmond Heights prayed to begin the event. Visible police presence on the ground was minimal but a federal law enforcement helicopter was on station for the event.

US Representative Debbie Mucarsel-Powell attended with her son. She told the crowd from the stage that she was co-sponsor on two bills calling for “a ban on choke-holds, requiring body cameras, and a requirement for independent civilian oversight boards”.

Homestead Vice Mayor Patricia Faircloth-Staggers was also in attendance. When handed the microphone and asked about body cameras for the Homestead Police Department she responded, “No promises but I will work to move the conversation forward.”

The over arching theme of the protest was the death of Edward Foster III in an armed confrontation with Homestead Police Officer Anthony Green. This incident which happened in 2015 was, as is standard with all officer involved shootings, investigated by the Miami Dade Police Department and the Miami Dade States Attorney’s Office. Green has been reassigned as a Detective and remains with the Department. Throughout the demonstration Crystal and Andrina Foster, sisters of Edward, returned to the stage to call for accountability from Homestead Police Chief Rolle and for the firing of Detective Green.

The protest concluded at 6 pm as the remaining demonstrators departed leaving the area around City Hall clean and undisturbed. Members of the Circle of Brotherhood, a community service organization headquartered in Liberty City, removed the street barricades around the plaza. Lyle Muhammad, Executive Director said that they were asked to “Support the organizers of the protest and to make sure that no outside interventions caused problems for the protestors and the surrounding community.”