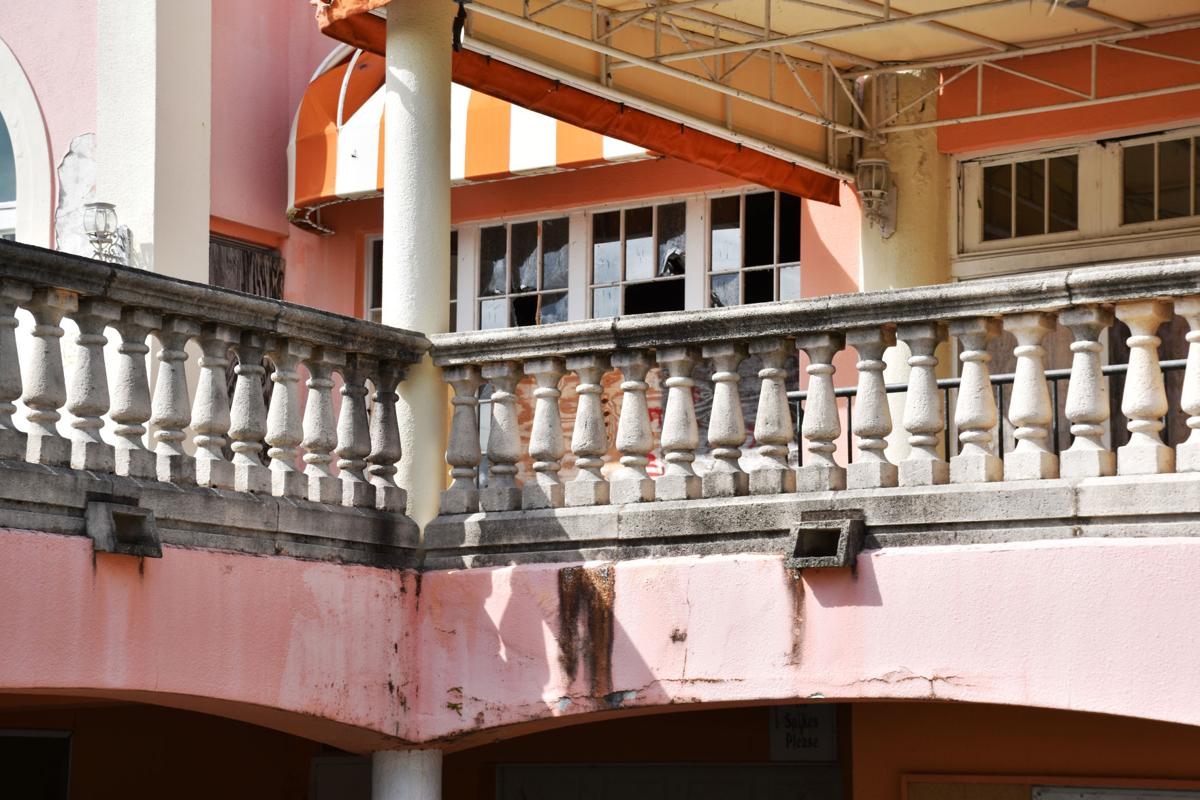 The Keys Gate Golf Course and Clubhouse have been abandoned and fallen into squalid and dangerous disrepair. 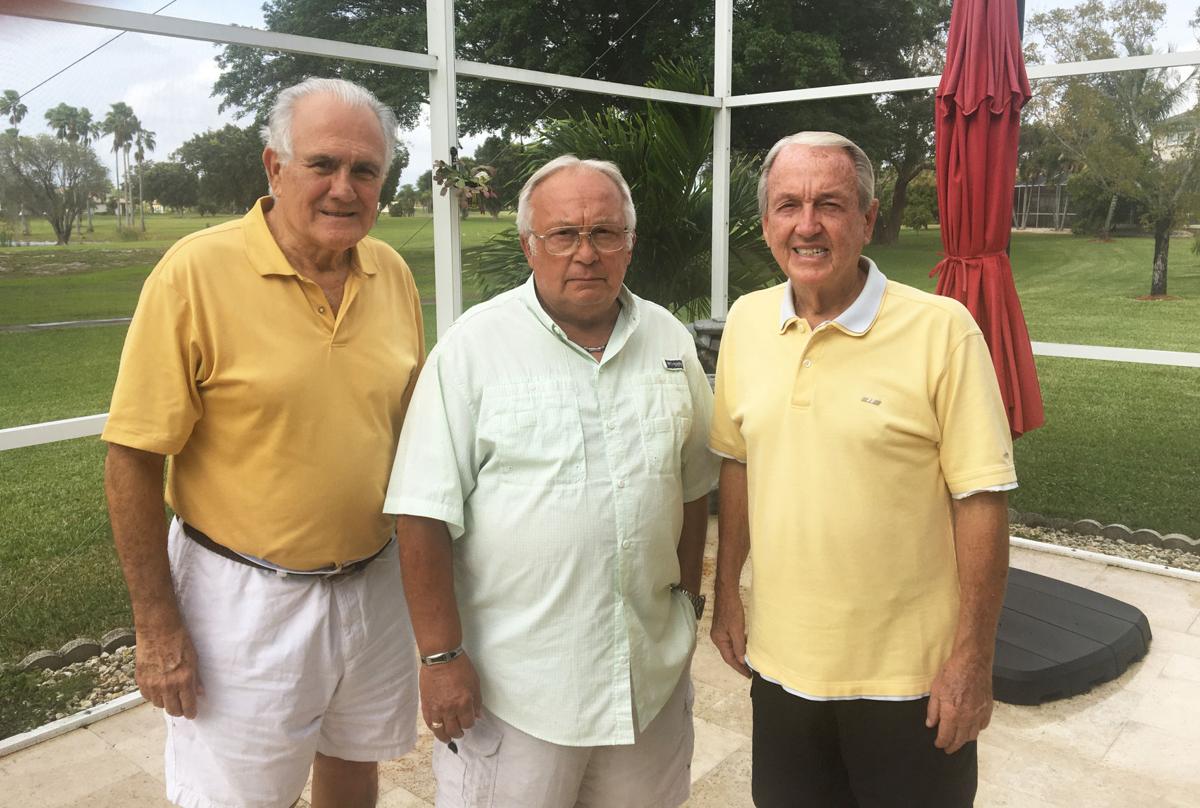 From left:  Julio Lago, Dennis Rice and Morris Henry with the Keys Gate golf course behind them.

The Keys Gate Golf Course and Clubhouse have been abandoned and fallen into squalid and dangerous disrepair.

From left:  Julio Lago, Dennis Rice and Morris Henry with the Keys Gate golf course behind them.

Morris Henry was happy in his retirement. He’d purchased a home in the new Augusta Greens neighborhood, paying a $50,000 premium to be on hole #5 of the golf course. He envisioned a golden twilight of golfing from his backyard and socializing with neighbors in a park-like setting.

The suit alleges breach of golf course maintenance covenants that the neighborhood is a beneficiary of and also seeks a mandatory injunction enforcing those promises. The suit has a final count in nuisance seeking abatement of defendant’s interference with homeowners’ enjoyment of their property.

Julio Lago is another Augusta Greens neighbor who paid a premium in 2005 for his lot on the golf course.

“The old sales brochures said this was a golf community,” Lago said. Henry added, “A topographical model of the area in the sales office showed this golf course.”

“So Wayne Rosen and his brother got the Golf Course in 2014,” Lago continued. “At the beginning he let the grass grow to six feet that’s when the reptiles like pythons and rodents came so we got concerned. We asked Homestead Code Enforcement for (the owners) to maintain it. There’s been some maintenance but we can’t use it as a golf course.”

“People come out here with their automatic rifles and shoot,” said Henry. “We had the state Fish & Game people here. I personally killed three diamond-back rattlesnakes in my yard.”

That Declaration of Covenants document in Exhibit B is the subject of the lawsuit. It is extremely specific about the maintenance required for the 136.8 acre golf course. The list includes greens and fairway maintenance with mowing every other day, maintenance of tees, fairways and accessory equipment, and keeping an irrigation system in operation.

“These are normal things a golf course would do,” said Rice.

One of two witnesses to the covenant was Wayne Rosen.

“Mister Thompson bought the golf course from Florida Design and ran it until 2014,” said Rice. “He was old and closed for a few weeks to sell. The Rosens bought it in 2014 and the mortgage documents said he’d run the golf course.”

”Over the years, he’s made every effort and proposals to use someone else’s money to run the golf course,” Rice said.

In late 2014, a proposal was made to donate the front nine holes of the course to the Keys Gate Association for renovation under a recreational lease.

“The Association would then levy the residents for the costs of maintenance, taxes and insurance,” said Rice.

“It would save a $100,000 a year by putting the maintenance costs on the residents,” said Henry. “They would be assessed a fee but not own the course. That did not go over well with the homeowners because they had no say in the

Another try in 2017 was a plan to have the city of Homestead renovate the course using funds from a HUD program providing employment in underserved areas, but Miami-Dade County needed to participate and the County declined.

“Lennar is interested in buying the back nine holes to finishing building in the DRI,” said Rice. “Rosen bought this golf course for $4.1 million and is looking to sell half of it for $40 or $50 million. Pretty good deal.”

“The lawsuit has stifled moving forward while this litigation is ongoing,” added Rice. “It’s a David versus Goliath battle.”

“We think time is on our side,” said Lago. “It’s a nonperformance lawsuit; we’re not looking for personal money.”

An initial answer to the lawsuit by Land Baron asserts that the group missed the statute of limitations of five years on the ability to challenge contracts under Florida law. The Augusta Greens attorney prepared a response to that defense that was filed Monday March 9.

‘We would like to protect our community and our investment,” said Henry. “We have lost tremendous value with the closing of the golf course. The homeowner loss is between $15,000 to $150,000 dollars per home.”

“Property values are going up in Homestead but not in Keys Gate,” added Lago.

“We’re basically trying to preserve our neighborhood,” Henry concluded.“What’s sad is we’re trying to keep the golf course that not only enhances our subdivision Fairways but also enhances all of Homestead. And we’re getting shot down by the Board of Directors of Keys Gate for doing what they should be doing, filing a lawsuit. They demanded the covenants initially and we’re a benefitted party under them.”