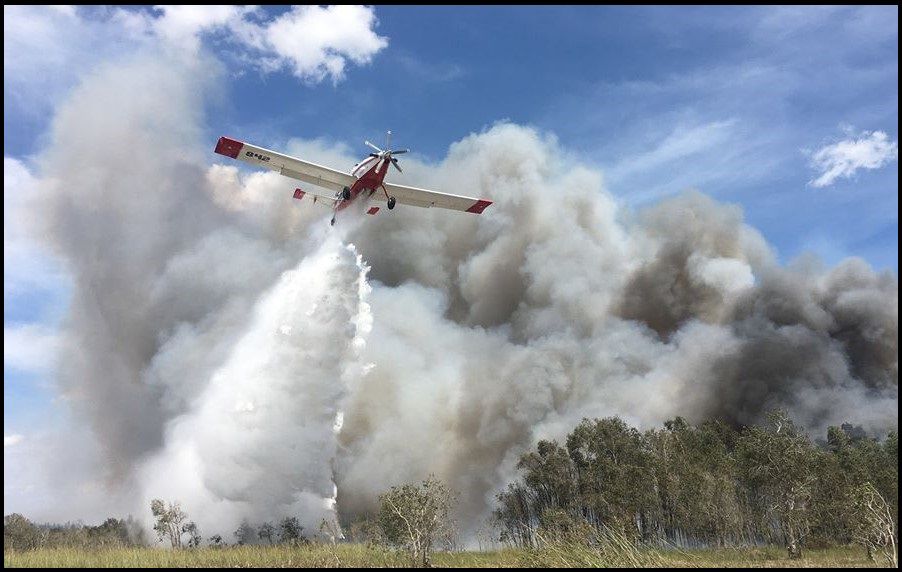 A Single Engine Airtanker aids in fire suppression as it drops water on the Sunday Afternoon Wildfire. 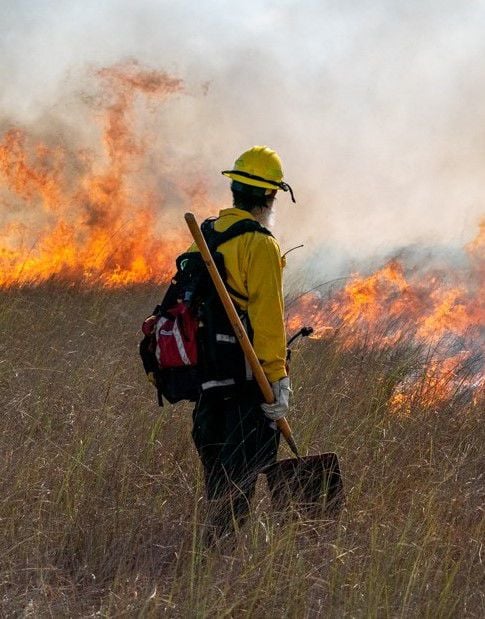 Firefighter in the thick of it. 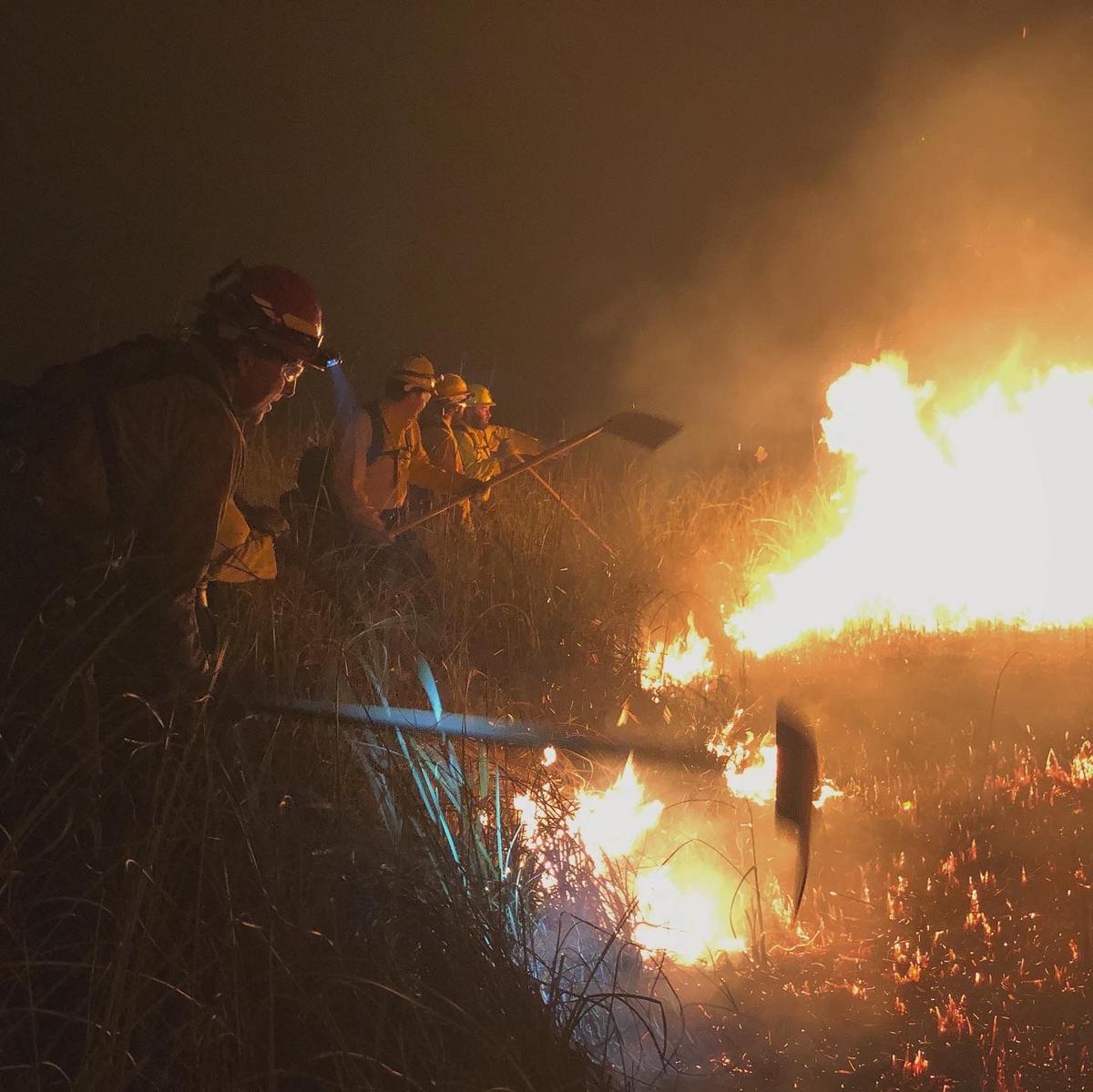 Firefighters on the frontlines. 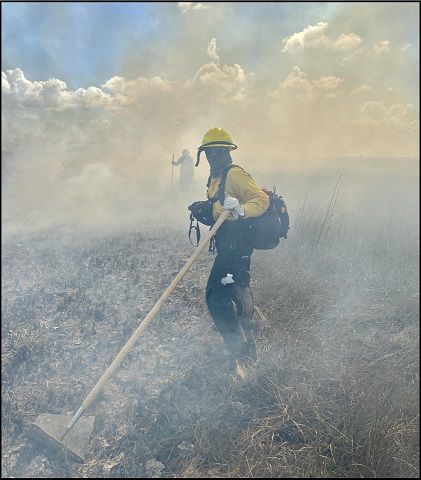 Firefighters coming through the smoke.

A Single Engine Airtanker aids in fire suppression as it drops water on the Sunday Afternoon Wildfire.

Firefighter in the thick of it.

Firefighters on the frontlines.

Firefighters coming through the smoke.

Over the course of the last few months we have watched our way of life change dramatically as COVID-19 has forced people to learn to live much more cautiously. And yet, with all that is happening, some things continue on as they always have.

Everglades National Park is in the height of fire season, just as it is every year around this time. The wetland sloughs, areas that typically have the deepest water, have dried up, and the higher elevation tree hammocks have minimal moisture to protect them from wildfires. Lightning storms regularly move through, sometimes with rain, but often not enough to prevent new fire ignitions. Despite the challenges the world is currently facing, life as a firefighter moves on.

So far this year there have been several wildfires on Everglades National Park land, three of them large and with the potential to create havoc by burning into communities and across major highways. Firefighters quickly mobilized to fight these fires, sometimes late into the night and for days at a time, as additional crews from multiple agencies were called in to assist. All worked hard to abide by the social distancing regulations, staying within their crew, now redefined as family units.

Current health concerns made fire managers acutely aware of smoke in the air and the impacts to surrounding communities already struggling with the effects of the COVID-19 pandemic. Firefighters suppressed these fires in several ways, one of which included undertaking the grueling task of hiking into and out of each fire, using hand tools like the flapper in conjunction with aviation resources dropping water onto the hottest areas.

Engine crews quickly assessed the community and began prepping individual structures to be better equipped to handle any potential fire that pushed through. Aviation and hand crews worked to anchor in and suppress fire in areas that were deemed the most threatened. As the number of invested members of the community and government grew, fire crews were urged to think outside the box while still adhering to coronavirus guidelines.

During this type of precarious situation, with the fire blazing and, from the outside looking in where circumstances seem out of control, wildland firefighters step up. They use some sort of, perhaps innate, ability to remain calm and make strong decisions that can change the outcome of a situation. In this case, protecting a community from a fire that over the course of only three days increased in size to 25,000 acres.

As the season continues, and community restrictions start to lessen, Everglades firefighters will continue to suppress new starts, while at the same time preparing to conduct more prescribed burn operations. As soon as the rains become more frequent, but before the water levels are so high nothing will burn, Everglades firefighters plan to be at it again, this time not to suppress, but to use prescribed fire as an ecosystem management tool.

Through it all, the sweat will continue to fall into their eyes, muscles will ache as they hike in the penetrating heat, and their shower water will run black with the soot and dirt of the day. Mostly, though, the adrenaline will continue to pump at the sight and feel of fire, and the smiles that appear day after day are evidence enough that the life of a firefighter keeps moving.

Perhaps the wildlife will be more welcoming to you than they were to me.

You Can Help Prevent Fires

Even with recent rains, South Florida is currently experiencing hot, dry conditions typical of this time of year. Everyone can help prevent wildfires by fully extinguishing cigarettes, reporting smoke and fire immediately, and carefully monitoring and fully extinguishing any outdoor fires.