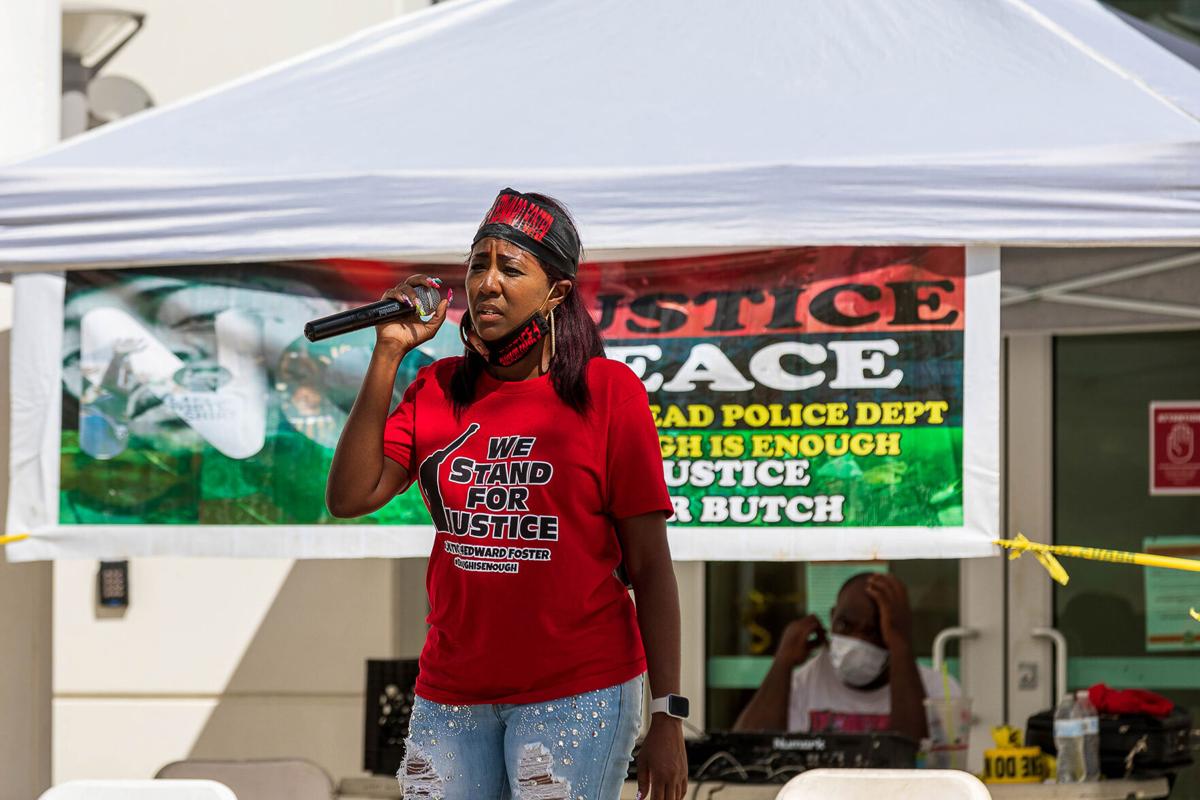 Crystal Foster, sister of Edward, urged the crowd to vote for Melba Pearson in the upcoming State Attorney election. 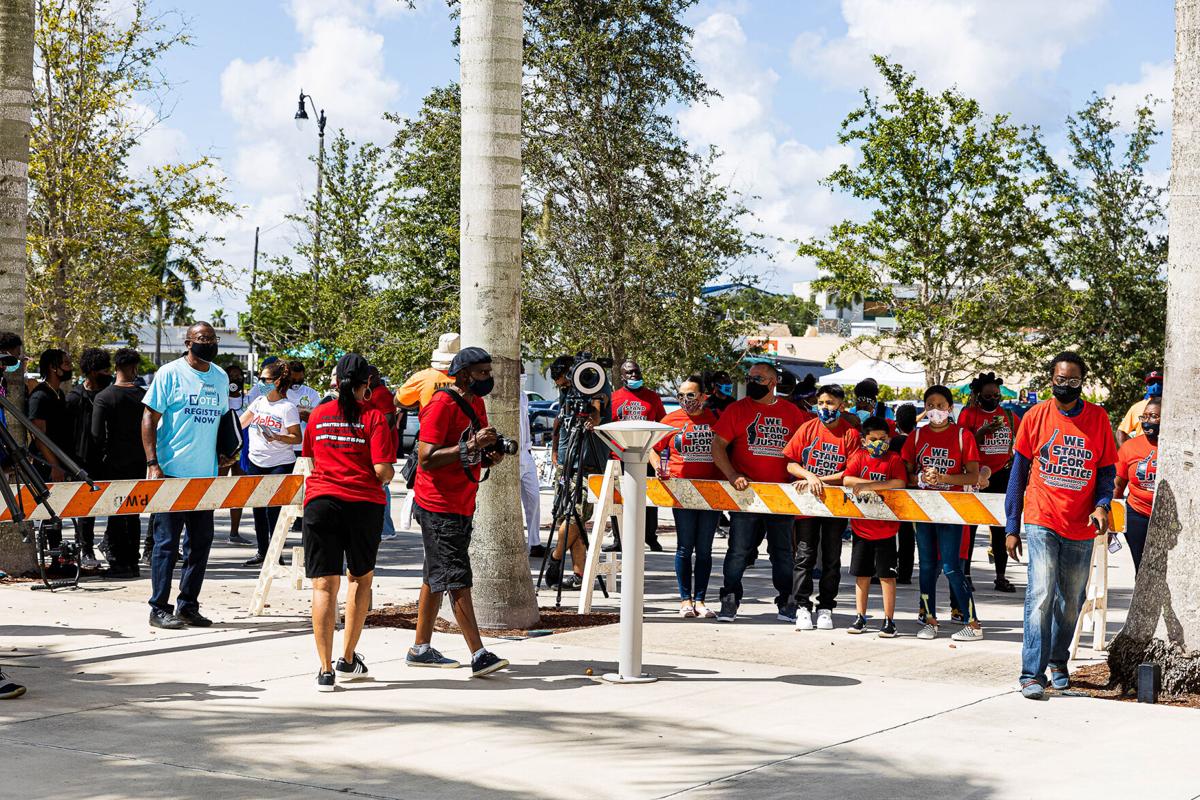 Protestors at the Enough Is Enough demonstration at Homestead City Hall on Sunday 19 July.

Crystal Foster, sister of Edward, urged the crowd to vote for Melba Pearson in the upcoming State Attorney election.

Protestors at the Enough Is Enough demonstration at Homestead City Hall on Sunday 19 July.

On Sunday 19 July in an event titled Enough Is Enough, a peaceful group of demonstrators gathered at Homestead’s City Hall in support of the family of Edward Foster III who died in a police involved shooting in July of 2015.

With many of the same organizers as the Black Lives Matter demonstration held at City Hall on the 7th of June, there were several differences in this event. The size of the demonstration was much smaller with around 70 protestors at its largest.

In June much of the focus was on body cameras, overall police accountability and the Homestead Police Department and its Chief. In this protest, the focus was on the current State Attorney Katherine Rundle and her office’s lack of definitive action on the Foster and other cases.

In another major difference, security for the event including armed escorts for Crystal Foster and others, was provided by Almighty Protection Services of Pembroke Pines. Joseph “Sarge” Simpson, President and founder of Almighty said, “We were approached about providing security and based on events in other parts of the country I agreed to donate our services and our expertise in large events and VIP protection. We expected a larger crowd and more celebrities.”

Both in an interview prior to the event and in her remarks from the stage Melba Pearson called out the current States Attorney’s failure to provide justice in the Foster and other cases. She stated, “When I’m elected, I’ll set up a Civil Rights Division with dedicated resources to thoroughly investigate and provide results in a timely manner on these cases.”

Luther “Uncle Luke” Campbell former leader of 2 Rap Crew and now a community activist and Amara La Negra star of Love and Hip Hop Miami both called for the election of Melba Pearson.

A spokesman for the State Attorney’s Office provided the following: This case (Edward Foster) is still an open police-shooting inquiry initially investigated by the Miami Dade Police Department.  Subsequent to our office's investigation, there were additional potential witnesses and potential evidence the family and their lawyers wished Reviewed.  After each Request, MDPD and our office conducted additional investigations and spoke to additional witnesses. Most of these additional leads were derived through exploration of various social media sources. For weeks now we have been trying to obtain contact information to schedule the taking of a sworn statement of an individual who

indicated online that he was an eyewitness to the shooting.  To date, we still have not been able to accomplish that task.  According to information we received, the witness has refused to meet at MDPD Headquarters or our office for the taking of that statement. It is absolutely essential that we collect and review all possible evidence and interview all eyewitnesses in order to have a complete and thorough understanding of the facts before we conclude our investigation. Once that has been accomplished, we will conclude our investigation, finalize our report and forward it to our Police Shooting Review Committee.

The demonstration ended at 5:30 as the much-diminished crowd left City Hall.