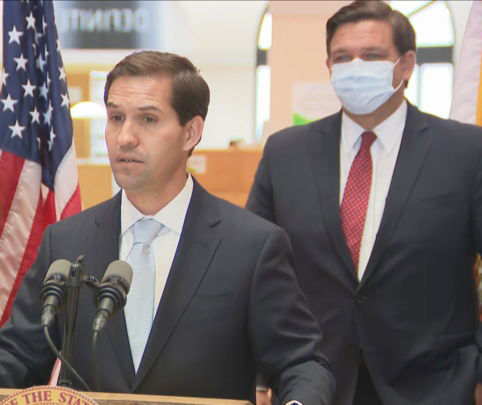 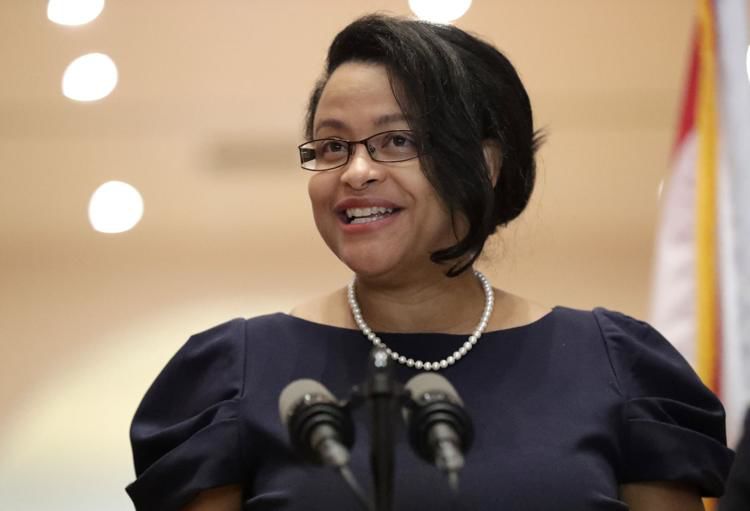 Renatha Francis smiles as she speaks during a news conference Tuesday, May 26, at the Miami-Dade Public Library.

Renatha Francis smiles as she speaks during a news conference Tuesday, May 26, at the Miami-Dade Public Library.

Two of three 2019 appointments – Robert J. Luck, 40, and Barbara Lagoa, 52 – have ascended to the 11th U.S. Circuit Court of Appeals, creating two vacancies in January that DeSantis said he’d fill by March before the COVID-19 emergency delayed his decision.

“I was not in a position to read the opinions and the other writings” until this past Memorial Day weekend, DeSantis said.

Francis and Couriel were among nine finalists forwarded by the Florida Supreme Court Judicial Nominating Commission (JNC). Four, including Couriel, were among 11 finalists for the three 2019 appointments.

Francis, 43, was appointed by DeSantis to the 15th Circuit Court in Palm Beach County in October. She previously served as a Miami-Dade County judge. She would be the only woman and African-American on the panel and, “maybe, the first Caribbean-American to sit on any state supreme court” in the nation, DeSantis said. Francis graduated from the University of the West Indies and received her law degree from Florida Coastal School of Law in Jacksonville in 2010.

Because the Florida Constitution requires Supreme Court appointees be a Florida Bar member for 10 years, Francis cannot assume her seat until Sept. 24.

In her 59-page application and interview before the JNC, Francis spelled out her preference for judicial restraint – something DeSantis, an attorney, has keyed on in judicial appointments.

“Her understanding of the Constitution reminds me of another Caribbean-American, Alexander Hamilton, one of the main authors of the Federalist Papers,” DeSantis said, citing Francis' adherence to the

principle that “the judiciary lacks the authority to indulge in its legislative preferences.”

Raised by a single mother “from very humble beginnings, I am truly the epitome of the American Dream,” Francis said, noting she ran a bar and a trucking business while attending law school.

“I was, and remain, in awe of the United States, its Constitution,” she said. “This young immigrant girl set out to find her place here. Never did I imagine my journey would end up with me standing before you.”

He joins 2019 appointee Carlos Muniz, 50, a former U.S. Department of Education general counsel, as nonjurists on the Supreme Court.

“John’s probably one of the most talented lawyers I’ve ever met,” DeSantis said. “Had his parents not escaped from Florida, he might be driving a taxi” in Cuba.

A former prosecutor in the U.S. Attorney's Office in Miami, Couriel carved out a lucrative practice with Kobre & Kim.

“He’s giving up a lot” to accept the appointment, DeSantis said. “That says

a lot about John’s character. He uniquely understands the proper role of the judiciary” and brings “business experience” to the bench.

In his 68-page application and interview with the JNC, Couriel also related a preference for judicial restraint.

“My prayer today is your judgment has been good and my judgment will not let you down,” Couriel said. “There’s no better way to be grateful for something than to share it. Today, I give thanks to the people I am blessed to serve.”