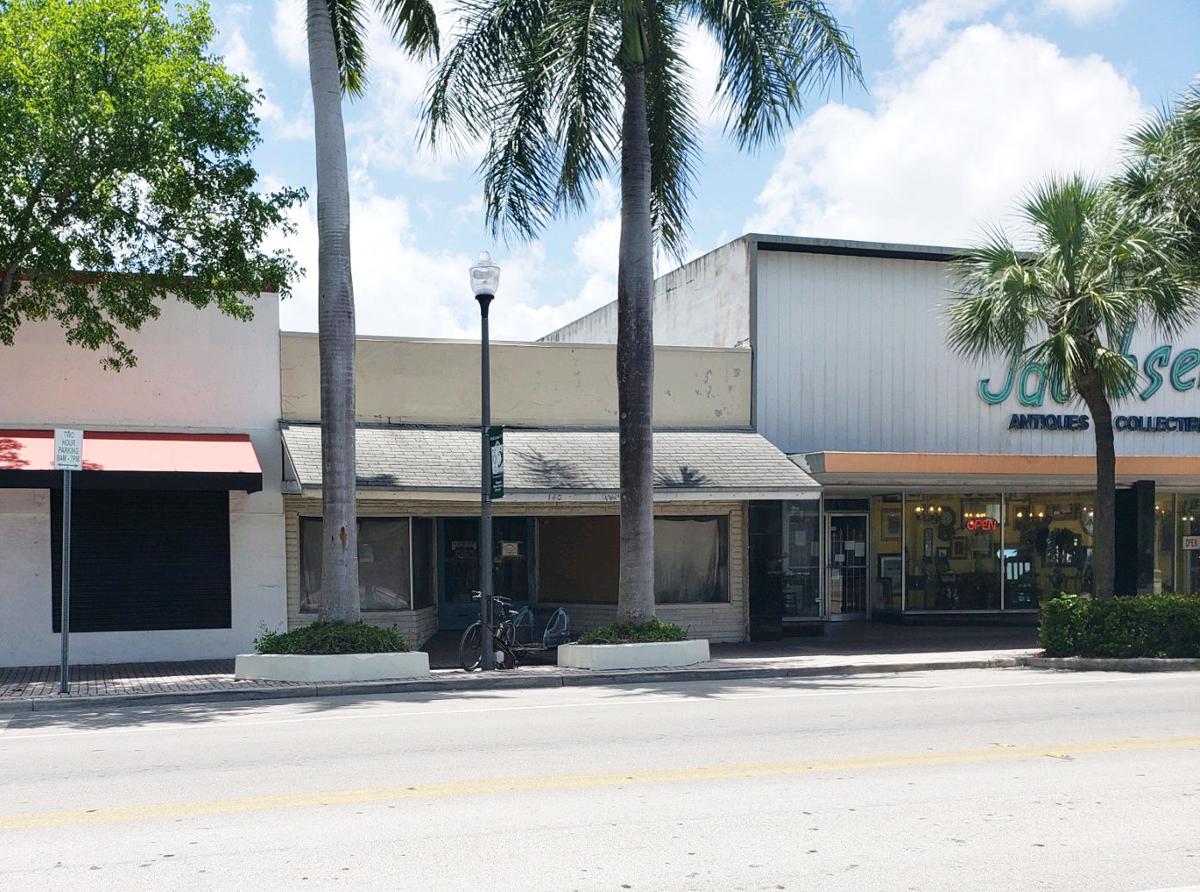 Council, acting as the CRA Board, deferred purchasing the dilapidated and long unused storefront at 140 N. Krome Ave. CRA Director Kametra Driver noted that along Krome Ave in Downtown Homestead, “There are concerns about the market at present with six properties for sale and nine for lease in our

downtown, sitting for a while.” 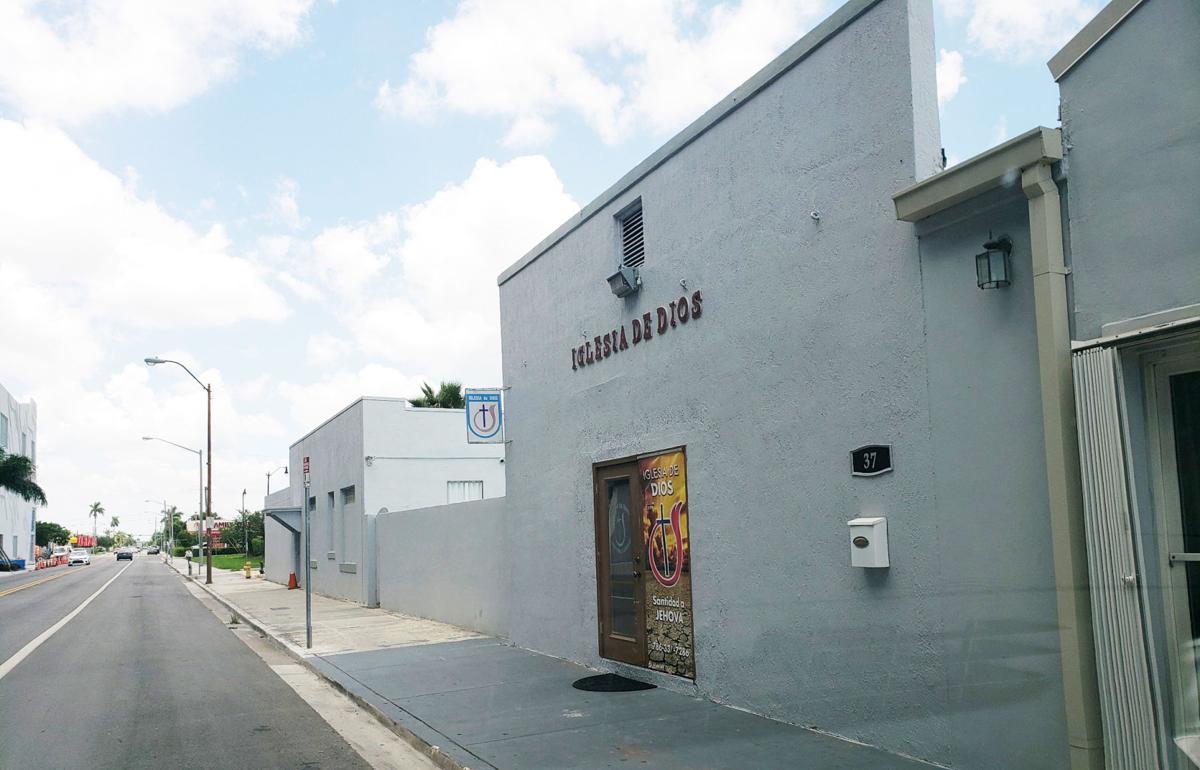 Council, acting as the CRA Board, deferred purchasing the dilapidated and long unused storefront at 140 N. Krome Ave. CRA Director Kametra Driver noted that along Krome Ave in Downtown Homestead, “There are concerns about the market at present with six properties for sale and nine for lease in our

downtown, sitting for a while.”

Homestead City Council held a virtual meeting as the CRA Board prior on Wednesday June 17.

CRA proposed purchasing the Miami Latin Church of God property at 37 West Mowry Drive. Work was done on the building in July of 2012 without a permit, subsequently accruing $300 a day in fines amounting to $238,207.

Church officials agreed to the sell at the appraised price of $165,000 but with a condition allowing the congregation to lease the premises for $1 a year for two years. The City would be the designated representative at a special master’s hearing to close permits, historically reducing fines to $15,000 on a property transfer. The church would pay the reduced fine from the closing settlement.

“It’s disheartening that the church did not have the funds to settle the fines as needed but I’m encouraged the church won’t be left with nowhere to go,” said Vice Mayor Patricia Fairclough-Staggers.

Mayor Losner asked the CRA what the plans are for the site.

CRA Director Kametra Driver said the current plan was to merge additional sites for a mixed-use development in the downtown. The lot could expand west in front of the police station creating a substantial parcel for City income.

Development planning was at least two years away giving the church time to locate space, according to Driver. She said control of parcels to the east and further west would allow a conversation with the county about their parcel to the west as well as with the non-profit housed there.

“I have concerns about the appraisal,” said Mayor Losner. “This building is not something to renovate and rent but is basically vacant property. The appraisal was cast as commercial income-producing property. My concern is the appraisal is high. The comps pulled were in Naranja with US1 frontage.”

“The City should not be in the commercial landlord business but clear it and hold it out to the private sector for development,” the Mayor added. “What was the basis for using a Fort Lauderdale commercial appraiser rather than qualified appraisers in this community?”

The CRA Director said they had good experience with this appraiser and already had no open purchase order with the firm. She added that of the nine registered City vendors for appraisals only one was local.

“I’m uneasy about the perception of how this was done,” said the Mayor. “It feels like we twisted the church’s arm and put them in a position to sell to us or have liens foreclosed and be divested of property. That’s not how we need to do business.”

The City Manager agreed with him but said that’s not how the conversation went.

“We’ve planted enough seeds there,” Mayor Losner concluded. “We should get out of the development business and let the private sector take over.”

Driver said the CRA was following its mission to eliminate slums and blight and that the church was willing to sell and move.

Councilmember Larry Roth determined that the CRA had the ability to sell any properties acquired. He said land values go up with time so he supported the purchase.

Councilmember Steve Shelley said he was concerned about the changing business climate but said it made sense to acquire and complete the block as part of a larger plan.

Council as CRA Board voted five to one in favor of the purchase, with Mayor Losner voting no and one Councilmember absent.

CRA also proposed purchasing a deteriorated property at 140 N. Krome Avenue in the Downtown Historic District for $200,000. The derelict 3654 square foot property was appraised for $360,000 as is, after a fire. An independent estimate of necessary renovations ranged from $144,000 to $180,000 for the two story property.

CRA proposed fixing the building and leasing it for $79,200 in annual income to the CRA. If renewing the CRA’s 30 year term, the County requires CRAs to contribute 25% of tax incremental funding (TIF) for the SMART (transportation) plan and an additional 25% for County administration. Lease income is proposed to close part of that potential funding gap.

“This is not part of a larger plan but a stand-alone project,” said Councilmember Shelley. “It needs a lot of repairs. In order for us to succeed as a City we need private investors to come in here and develop. There are some high risks with no clarity for rental for at least six months.”

CRA Director Driver said the owner wants the City to have the property. “The property’s been an eyesore for years,” she added. “There are concerns about the market at present with six properties for sale and nine for lease in our downtown sitting for a while,” said the Director. “But with COVID, investors are taking a wait and see attitude.”

Councilmember Erica Avila said, “I know there is interest from other buyers but with the current market, we’d be making a strategic investment at this price point.

“I have zero confidence in the reality of numbers by an out-of-town contractor with no access,” said Mayor Losner.

Vice Mayor Fairclough-Staggers made a motion to defer a decision on the property which passed Council by a vote of six to zero.

The final agenda item was purchase of the Shotgun Houses property at 866 SW 7th Street by Centennial Management. Their plan is to develop the 3.65 acres as a 67 unit senior citizen housing building with 6,000 square feet of related commercial space.

The purchase option would yield $2,075,000 to the City with funding from the nine percent low income housing tax credit program or $500,000 through the SAIL (State Apartment Incentive Loan) program.

“I’m not comfortable with this either/or option and the large difference in price,” said Mayor Losner. “The financing is up to (the developer). Can we proceed under a contract solely contingent on receipt of funding at the higher option? The contract has a two year contingency and I’m willing to wait until April 2022 to close, trading time for four times the revenue. It’s already been 16 years. It’s our fiduciary duty to maximize the City’s return.”

Councilmember Roth agreed and moved to defer the issue. The motion passed unanimously.

“We’re advertising and doing a mailer to homes,” said the CRA Director. “We also reached out to owners of apartment buildings, plus did another social media blast. This should make the community aware.”