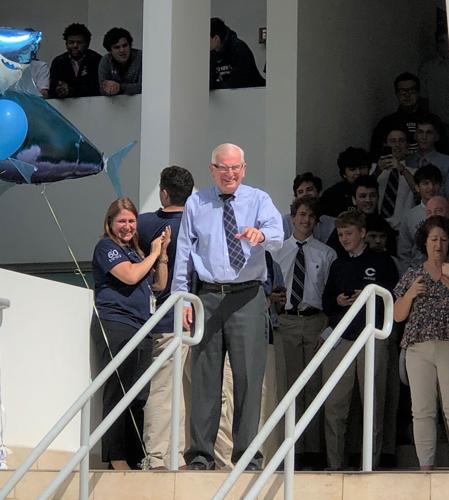 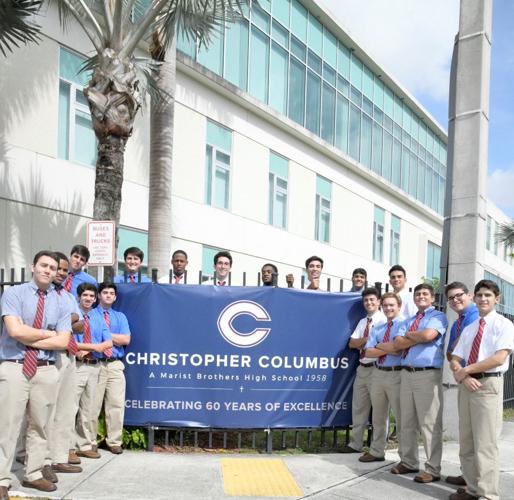 The South Florida dream started in the fall of 1959 when the Marist Brothers acquired Christopher Columbus High School and opened its doors to 139 young men. During the next 60 years, the facility would grow to todays capacity of over 1,700 with more than 15,000 graduates passing through its halls. Proudly, the Administration along with the “Explorer’s” strong Alumni Organization will celebrate their success with a Gala Event on March 23, 2019.

For me, the South Dade connection began while attending the University of Miami. On occasion, I would accompany my grandmother to the cafeteria at Columbus High School for a Tuesday night of Bingo. It was there I befriended the Principal, Brother Leo Francis who offered me a teaching position in 1969. My job was to teach Algebra 2, Typing and a few courses in my field that included Business Law and Accounting. By my second year, I was in charge of all the business courses.

I must admit, it was not easy as the “boys” challenged me to see what they could get away with. I was about to give up when an experienced educator taught me the golden rule of teaching, “never smile till Christmas.” In other words, “be tough at first then lighten up.” It worked!

Christopher Columbus High School is a private, Roman Catholic, college-preparatory high school with the mission statement of, “We aim to make Jesus Christ known and loved, as we prepare young men for higher education and for their continuous challenge of harmonizing faith, culture and life. We foster a family spirit among all who are committed to the success of the school and promote opportunities to work together as a community of learners.”

“Though the majority of the nearly 1,700 students at Christopher Columbus High School are Catholic, nearly every religion is represented among the student body,” says Principal David Pugh. “We celebrate diversity but when it comes to teaching, all of our faculty embrace what we call The Marist Way.”

A degree of the school’s success can be found in almost every field of employment. There are doctors, lawyers, businessmen, teachers, writers, producers, directors, police and firemen plus servicemen. There is Medal of Freedom honoree, a U.S. Poet Laureate and the Mayor of Miami-Dade County. The school can boast of three graduates being on the Fortune 500 CEO list, more then any other high school in America: Carlos Rodriguez, president and CEO of ADP Inc. (ranked 243 by Fortune); Robert Sanchez, chair and CEO of Ryder System Inc. (387), and Jose Mas, president and CEO of MasTec Inc. (428). No wonder, with a 16:1 student to teacher ratio, there was a 100% enrollment in college and $9 million in scholarships earned on 2018.

Revisiting the halls and fields of Columbus High School I made a mental note of the changes. The old A, B and C buildings are completely remodeled and air conditioned. Most impressive is the Patriot Plaza, founded by Columbus alumnus and former Army Green Beret Michael Carricarte (’59) to honor his brother Louis (’58) killed in Vietnam in 1963.

There have been many wonderful administrators and faculty members that built this all inclusive program but one person stands above the rest…Brother Kevin Handibode who has dedicated 47 years to the development of the school. Starting as a teacher/dean of discipline and basketball coach, Brother Kevin was elevated to the role of Principal. From there he became the President of the facility. For 18 years under his reign, he was instrumental in the school’s development while still coaching his beloved sport. At 80, he is stepping down as President but who knows what position the Marist Brothers will elevate him to. Brother Kevin sums up his successful service by saying, “what makes me most proud is witnessing, first hand, how generations of 'Explorers' have gone on to succeed in their family and professional life while leaving positive marks on our communities.”

Back in South Dade, I recounted the Pedro Pan movement (Peter Pan) knowing that Christopher Columbus educated many Cuban children. Recalling several successful graduates in South Dade, Manuel Diaz, Rene Infante, Al Garcia and members of the DeMare family, I can only imagine the impact this humble high school is having on communities throughout the world. An educators true reward is seeing the success of their students. With that in mind, I look forward to attending the March 23rd, 60th Gala Event.