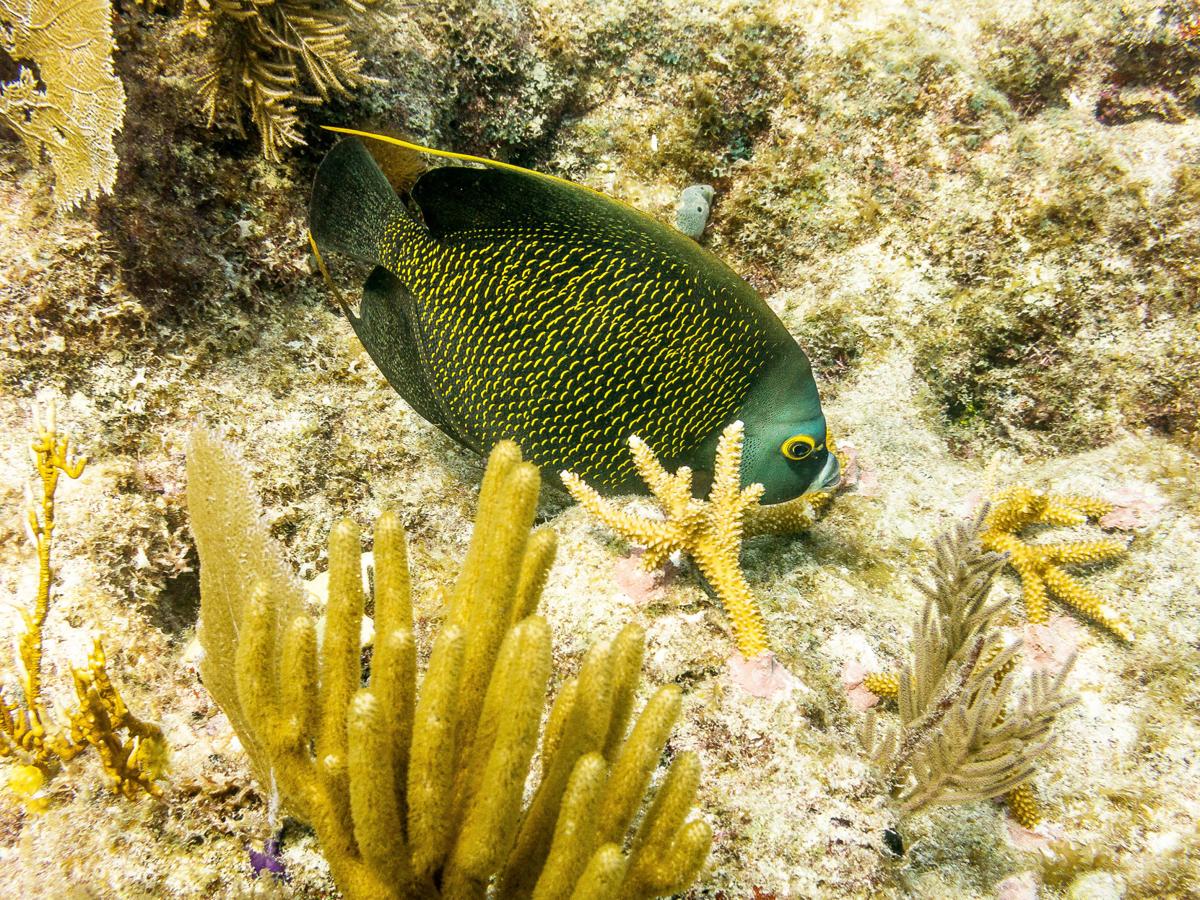 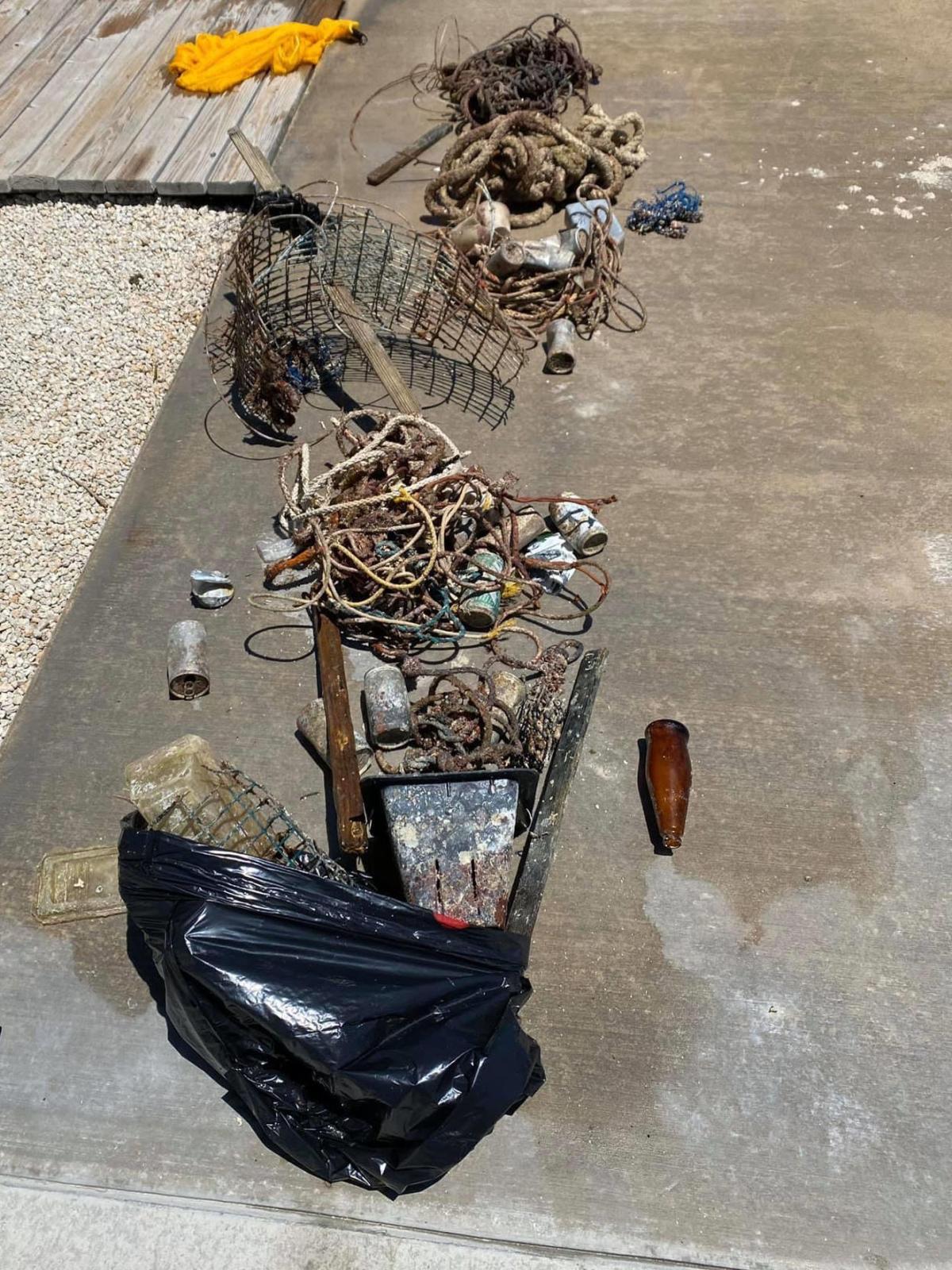 A sample of debris collected from Careysfort Reef Earth Day 2020 by staff of Horizon Divers.

A sample of debris collected from Careysfort Reef Earth Day 2020 by staff of Horizon Divers.

While other locations may wish to make the claim of being, “The Dive Capital of the World”, thousands of scuba divers come from across the country and around the globe each year to Key Largo.

With more than 100 regular dive locations, there is something literally for everyone from a one-day, “Discover Scuba” course to highly advanced technical dives. The robust dive community is comprised of myriad segments. There are government agencies such as the Florida Keys National Marine Sanctuary under the National Oceanic and Atmospheric Administration (NOAA). Academic efforts of the Medina Aquarius Program of Florida International University (FIU) are world renown. Non-profit organizations like Reef Environmental Education Foundation (REEF) operate multiple programs to help protect and preserve this valuable resource. Dive shops are available from large to small.

Travel bans, the subsequent shut down of the Florida Keys, and business restrictions for Keys’ residents due to the COVID-19 crisis have curtailed most of the diving. Inhabitants of the reefs, however, go about their lives, unaware they have much less human company than usual.

The first surveys were conducted in July 1993 in Key Largo, Florida. REEF surveys are now conducted in oceans all over the world – from the tropical waters of the Indo-Pacific to the temperate waters of the northeast US, and nearly everywhere in between.”

More than 16,000 volunteers have submitted surveys and even though divers may not be able to “go under” as often right now, Amy Lee, REEF Engagement and Communications Manager shared information about other activities. “We are continuing to host Fishinars, which are marine life and fish ID webinars that are free and open to the public. We typically host about 10-12 Fishinars per year but recently we've also been hosting some online sessions of Fish Jeopardy. It's a fun activity for people to do while they are stuck at home. For information about Fishinars: https://www.REEF.org/reef-fishinars.” To learn about their full array of programs, go to https://www.reef.org

As someone who understands the importance of preserving the reefs, Dan Dawson, owner of Horizon Divers in Key Largo, maintains Blue Star status. According to the Florida Keys National Marine Sanctuary, “Blue Star is a program established by Florida Keys National Marine Sanctuary recognizing tour operators who are committed to promoting responsible and sustainable diving, snorkeling, and fishing practices to reduce the impact of these activities on ecosystems in the Florida Keys. Blue Star operators take the extra step to educate you to be better environmental stewards and to interact responsibly with natural resources in the Keys.”

Dawson’s annual reef clean-up for Earth Day April 22, 2020, was however, limited to only six staff to comply with reduced boat capacity rules. They retrieved at least 100 pounds of trash from Carysfort Reef during two dives; old line, broken traps, and more.

“The reef was beautiful though, teaming with life.” Visibility at most of the sites seems to be up. When the Keys will open again is of course a constant topic of discussion. “We’re hearing maybe the first week of June,” Dawson said.

In the meantime, they will start running morning charters Friday-Sunday for locals in the Keys and crew members, restricted to about 50% boat capacity.

Aside from divers who don’t have access to the Keys yet missing the enjoyment of diving, there is some concern about the invasive lionfish. REEF has been in the forefront of the battle against the destructive predator and their “Lionfish Derbies” have removed 26,729 fish in the past decade. The April event was cancelled and there’s no word when the next one can be held. Staff like those at Horizon Divers augment the derbies as they are authorized to take lionfish when they encounter them during regular dive trips. With significantly fewer divers in the water for an extended period, everyone hopes a resurgence in lionfish population won’t be another impact of the shutdown.