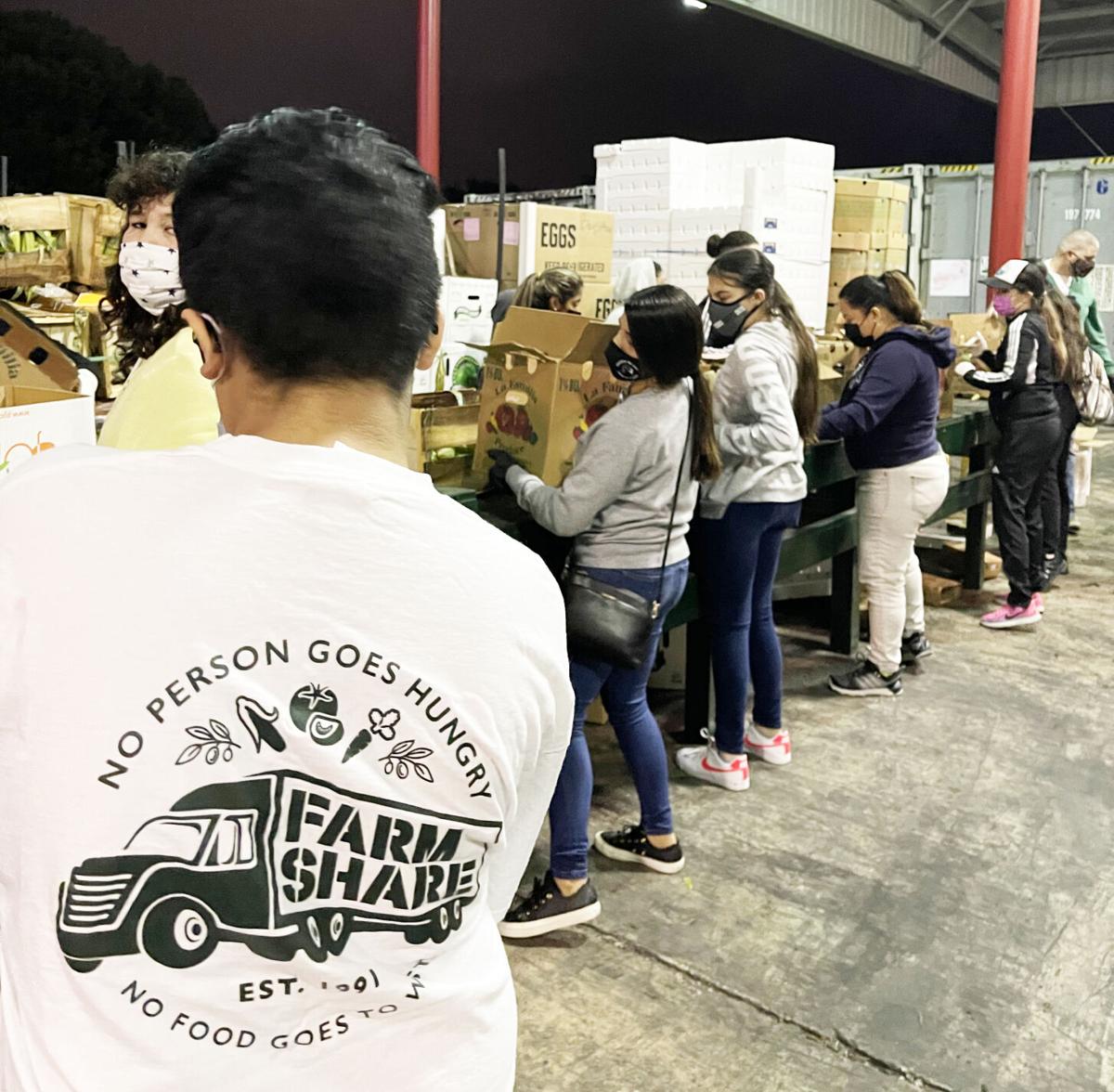 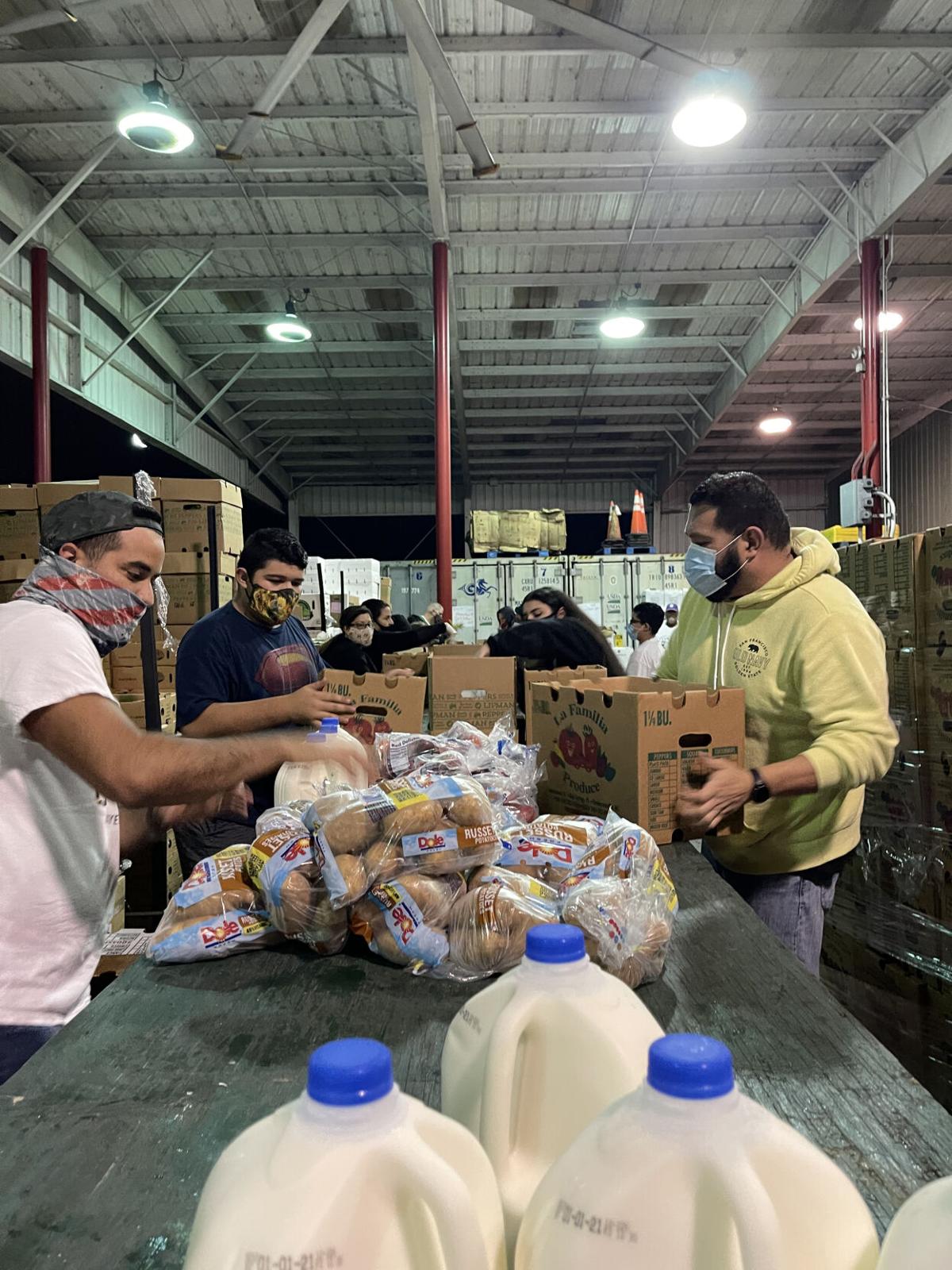 The News Leader sat down with Farm Share CEO Stephen Shelley this week to get an update on how the pandemic is effecting their efforts to provide food to a growing number of Florida residents.

With a new year upon us, many of us are looking for ways to better ourselves this year: whether by resolutions or resolve.

As such, Farm Share is aiming to do the same.

Since it began in 1991, Farm Share has distributed more than 707 million pounds of food, worth more than 1.3 billion dollars to local food banks and

Meeting local and statewide needs by working in partnership with area farmers whose produce would otherwise be thrown away due to blemishes, this Homestead-based non-profit organization also helps neighborhoods before, during and after natural disasters with supplies of food, clothing, furniture and more.

From just March 2020, amidst the state’s COVID-19 relief efforts, Farm Share handed out over 96 million pounds of food: the equivalent of over 80 million meals.

“Output increased by more than 200 percent,” said Shelley, “we think the demand increased by about 500 or 600 percent overall, compared to what it normally would be statewide.”

Additionally, Farm Share held over 17,000 community food distribution events alongside other partners, government entities, and service organizations throughout Florida; as well as provided more than 1,200 semi-trucks of food to regional drop sites.

And while the numbers have now leveled out to about a 60 percent increase, Shelley discussed the continuing food need for children, who would otherwise be eating at schools, and their current reality.

“There are about 1.2 million kids who are virtually learning, and not in the school building itself, who don’t have access to that food,” said Shelley.

At its peak, Food Share was also servicing the newly unemployed, seniors, high-risk/immunocompromised customers, and even those who just couldn’t find food due to empty store shelves.

Despite the numbers of new people with a need leveling off, Food Share still attempts to assist this significantly higher amount.

Coupled with the increased numbers and new food concerns, Shelley also spoke about the common belief that the economy will need significant time to

“Even if we get the vaccine tomorrow and the virus goes away, the economic fallout from COVID is going to be at least a one year to three year process to rebuild the economy back to what it was,” Shelly said.

As a result of this long road back to normal, Shelley understands the importance food banks like Farm Share will have in the future for many.

“Food banks become the safety net to help keep those people propped up and sustained with some food products while the economy is improving until they can get another job, or until they can open another business,” Shelley said, “we become a really critical function...in keeping things from getting worse than they already are.”

With farmers who are growing less, because of the reduced commercial demand for their produce, Shelley said they are selling much more of it to

companies, leaving less excess for food banks to get for their local needs.

“The market has been higher for farmers, which is good,” said Shelley, “but as a result, they are selling it all, and there is no food left over for the food banks like there used to be -- we used to get millions of pounds a month from farmers, and that has scaled back considerably.”

And while state programs and grant resources normally cover the bulk of Food Shares operating costs, Shelley said Florida's Coronavirus relief needs have since reduced this budget by over 1 million dollars.

Thankfully, food and monetary donations have taken up the slack.

“The kindness and generosity of individuals, and corporations, and foundations have increased during the pandemic, so we’ve been able to kind of help make up for the loss, the shortfalls,” Shelley said.

Now no longer in a deficit, with the increased need, Shelley said the present struggle is in providing for more demand with the current funds.

And this is where local residents can help. Money to Farm Share, Shelley said, can go much further than people may imagine in supporting most of the community organizations/partners that actively use and depend on their resources.

“We also need people to help us pack the products,” Shelley said, “and to volunteer at our events to hand the food out.”

And doing so is not just an individual activity, as groups are also strongly encouraged -- or as my grandmother always used to say:

With a resolution like this, what greater way to better our own lives this year could there be, than to make sure we help to better the lives of others in 2021.