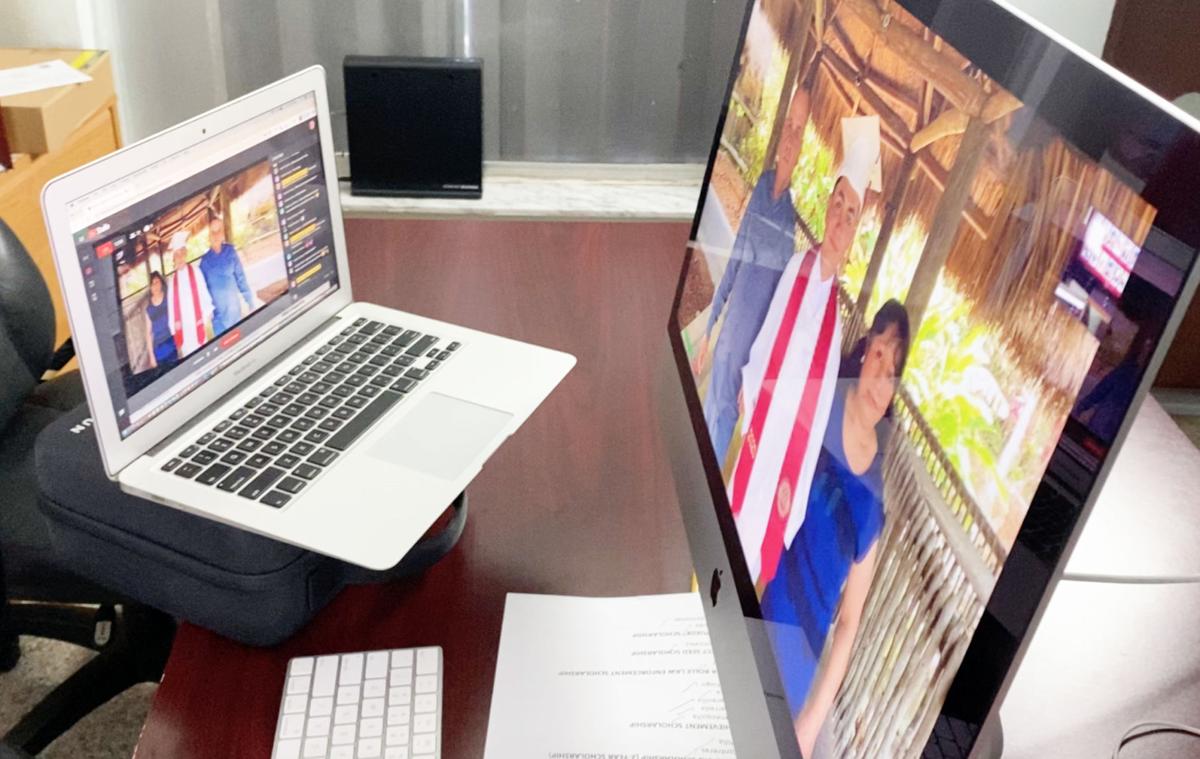 There were many tasks in putting together the virtual MAC 36th Annual Farmworker Student Recognition and Candlelight Ceremony.

There were many tasks in putting together the virtual MAC 36th Annual Farmworker Student Recognition and Candlelight Ceremony.

In what seems to be, “Scholarship Month”, high school students from four schools were highlighted Friday, June 5, 2020 in the Mexican American Council (MAC) 36th Annual Farmworker Student Recognition and Candlelight Ceremony. Despite the need for virtual via Zoom and later posted to Facebook, the evening was poignant and uplifting.

Eddie Garza, CEO for MAC, opened the event with thanks to all who were viewing and special guests. Prior to reading the list of awardees, he asked all the graduates at home to reach into MAC packs they had been given. He told them they would find a small bag inside with a MAC Cord in a silver bag. “Stand up and give that cord to your Mom and Dad. As you hear your name, your parent will place that cord over you, symbolizing you as a MAC Scholar.”

First on the list of MAC Achievement Scholarships was Ruendi Amezquita of Robert Morgan Education Center. Yamilet Currada of Homestead Senior High School was next. The school being well represented also had

The next group began with the MDC Project Seed Scholarship to

In the candlelight ceremony of the event, each student held a lit candle in the dark. Among the narrator’s comments were, “The candlelight symbolizes the light of knowledge that erase barriers, constrains ignorance, shines brightly on your future and your path to success.”

“Thank you so much for tuning in; it’s been a unique experience for all of us,” Garza said after. “We knew we had to find a way to treat our students to something special.” He expressed appreciation to everyone who worked for two months to make it a success. Mr. Al Garcia of Homestead-Miami Speedway partnered with MAC in 2016 to hold the annual event and they are looking forward to having it live next year. Garza also thanked Career Source-South Florida, Miami-Dade County Public Schools, Ocean Reef Community Foundation, the Children’s Trust, UnidosUS, and the MAC Board of Directors.

He acknowledged MAC’s seven college and university graduates for their accomplishments. “You are truly leaders; you are showing those young people their next step.”

In closing, he spoke of inspiration from his father, Cip Garza. “I took over for my father who co-founded this amazing organization a few years ago. There was a tremendous opportunity to give back, to continue a legacy. Thank you for showing us education is the greatest weapon for change. When you are educated that is something no one can take away from you.” He signed off with a cheerful, “Go Bucks, Go Lions, Go Pirates and Go Broncos; Go unstoppable class of 2020.”

Photographs are posted at https://www.facebook.com/pg/mexamcouncil/

photos/?ref=page_internal and the video of the ceremony can also be