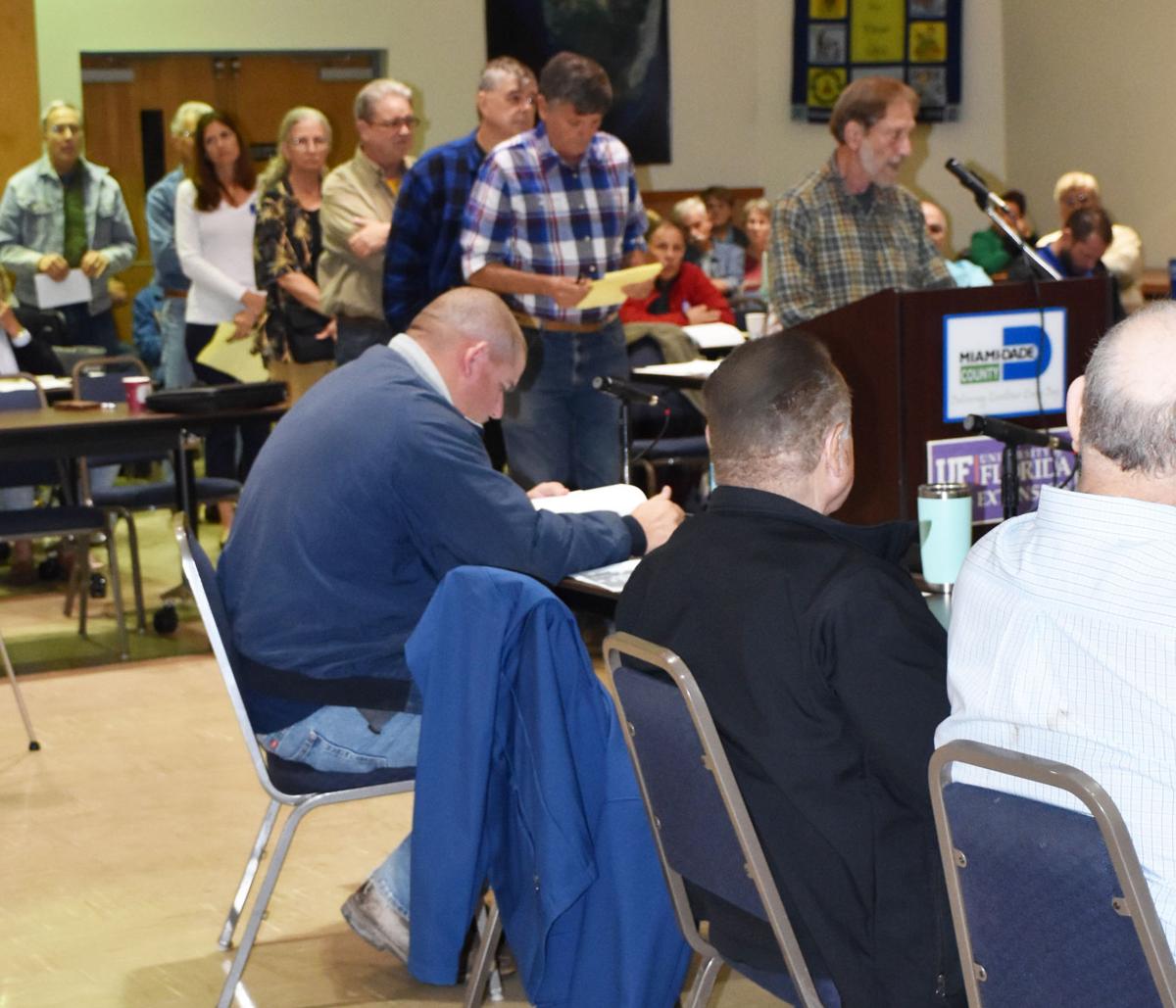 Citizens stand in line waiting to address the board on the concerns for the future of Redland. 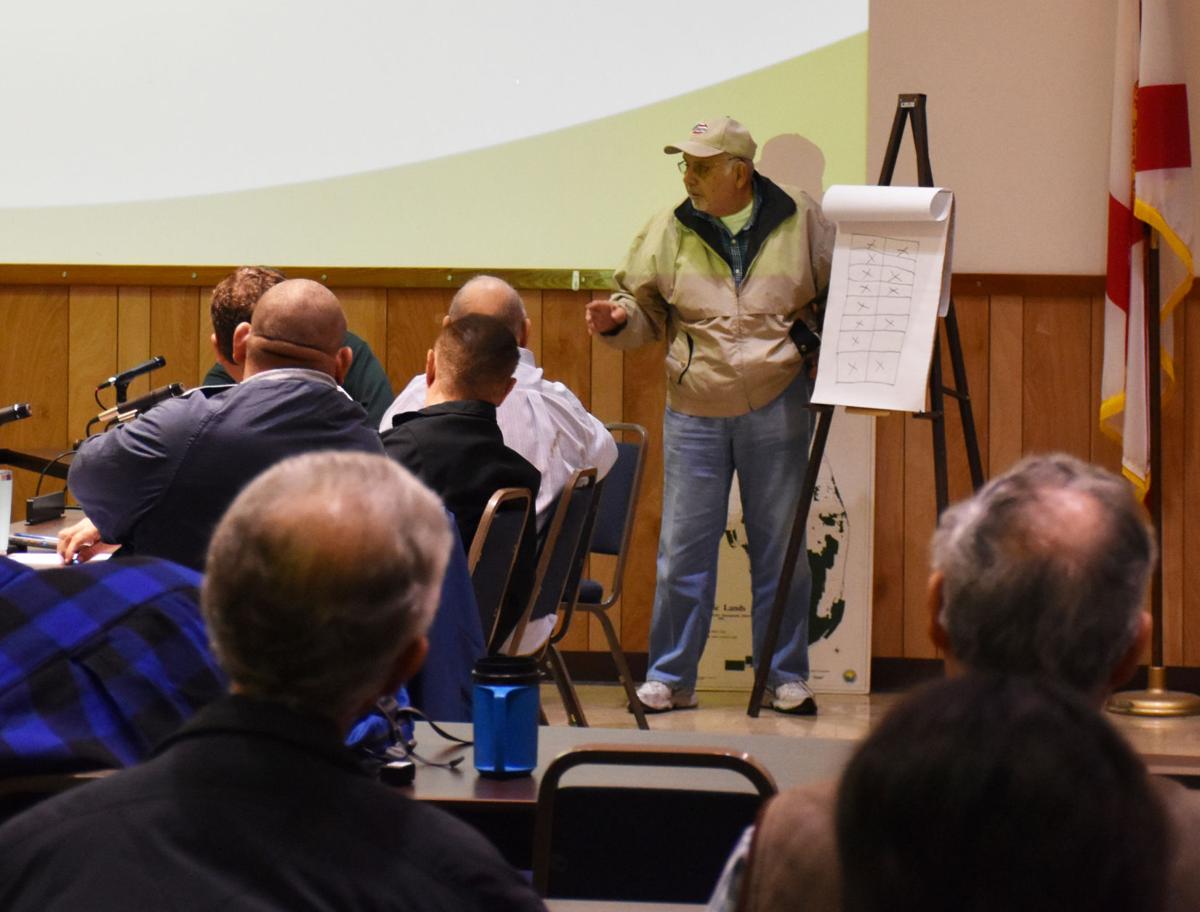 Citizens stand in line waiting to address the board on the concerns for the future of Redland.

Board members hear from Miami-Dade’s Long Range Planner, along with a packed room of citizen stakeholders.

If you have ever flown into Miami International Airport, coming in from the west, high above Alligator Alley, the Everglades are a beautiful, expansive, sight-to-see. But as you head closer to home, the Urban Development Boundary (UDB) suddenly appears. Where once was green grass and blue water abruptly turns into highways surrounded by a sea of houses, businesses, schools and more houses.

It is a stark reminder as to how affective the UDB has been in preserving the Everglades and the Redland from urban sprawl and overdevelopment, keeping the South Dade economy going with a 12-month-a-year agricultural growing season still viable to feed the rest of our country.

Every seven years the UDB is up for discussion and review. The Agricultural Practices Board met on Wednesday, January 7 to hear again the proposed amendments from Kim Brown, supervisor of Long Range Planning for Miami-Dade.

A motion was presented by board member Bill Losner stating the board was opposed to any changes related to agriculture from what is currently in affect. It was seconded and voted on unanimously by the board.

Board chair Sam Accursio asked if the entire Ag Board could have the opportunity to meet publicly with the Board of County Commissioners to discuss the UDB with them directly before their vote in May 2020.

“Farmers want to farm forever. We farm 2000 acres. Everyone here at the meeting, large farm or small, IS the Redland. I’m a 3rd generation South Dade farmer. But if and when, we want to have the right to say we’re done, and be able to sell for a fair price.” said Accursio after the meeting.