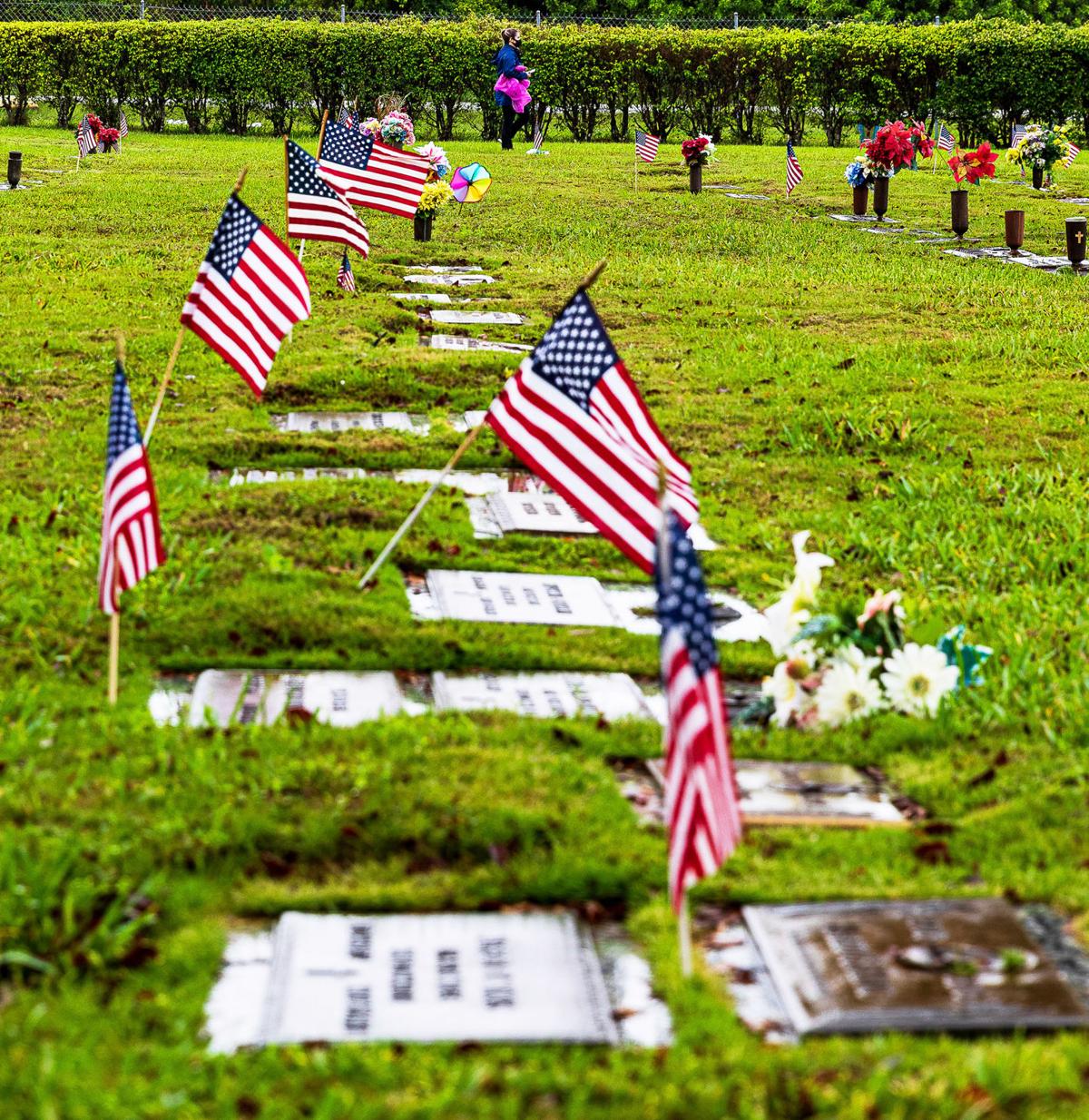 On Memorial Day flags adorned the graves of Veterans from all of America’s wars. 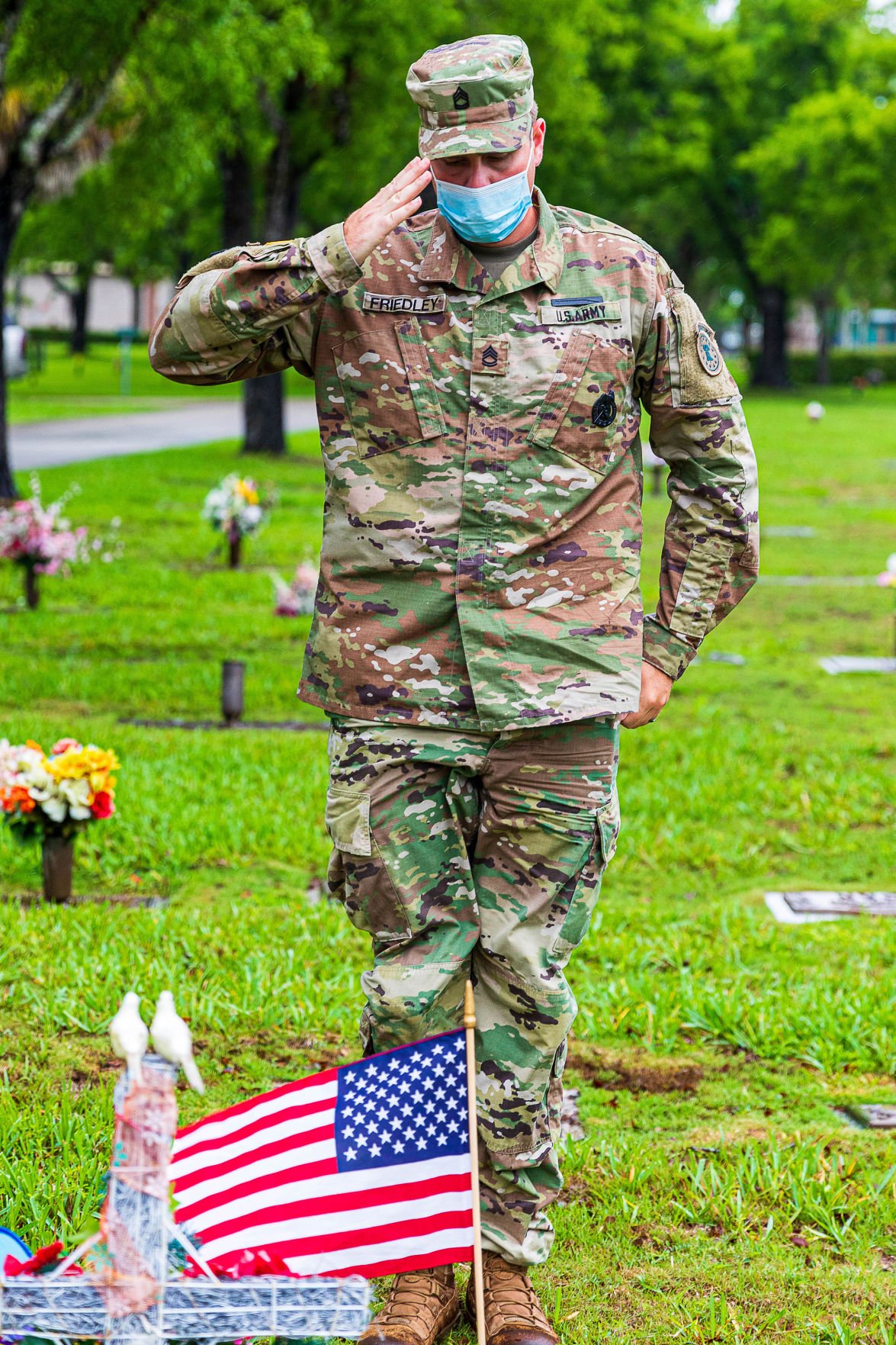 SFC Matthew Friedley of the Miami Recruiting Battalion salutes after placing a flag on the grave of World War II Veteran Rito Velez. 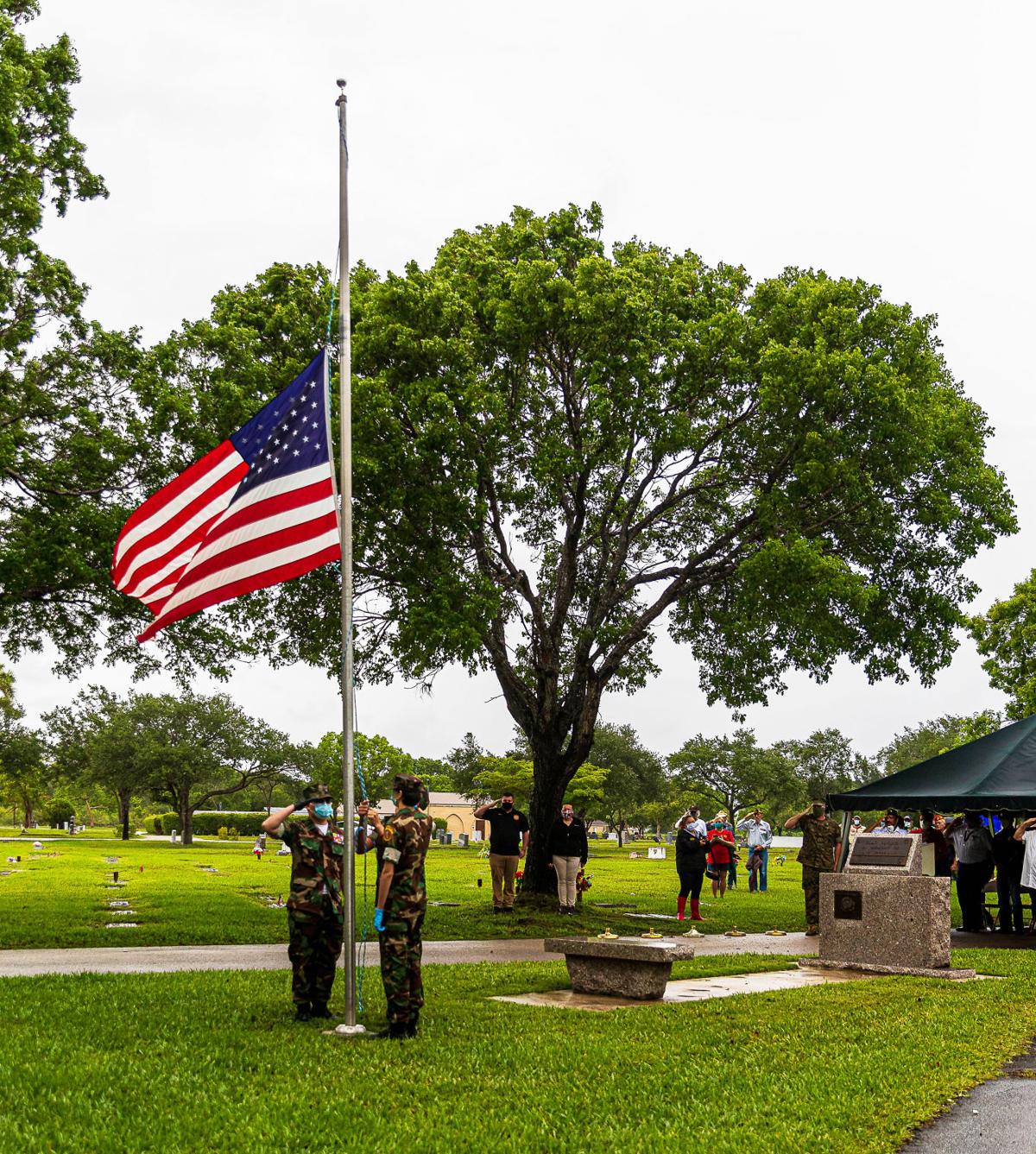 On Memorial Day flags adorned the graves of Veterans from all of America’s wars.

SFC Matthew Friedley of the Miami Recruiting Battalion salutes after placing a flag on the grave of World War II Veteran Rito Velez.

On the most solemn of our National Holidays, a Thomas Jefferson quote always comes to mind.

He said, “The tree of liberty must be refreshed from time to time with the blood of patriots and tyrants.”

On this Memorial Day, the newly formed Military Affairs Council came together with VFW Arrant-Smith Post 4127 and the Marine Corps League to honor those fallen patriots.

In a ceremony held on a rainy morning at Palms Woodland Cemetery VFW Jr Vice Commander Harry Pillot welcomed a crowd of approximately 100 and reminded everyone of the need to wear masks and or to maintain proper distancing.

While a piper from Miami-Dade Fire Rescue played Young Marines from Detachment 52 of the Marine Corps League lowered the Flag to half-staff. Then the National Anthem, the playing of Taps, and a Rifle Salute by the Homestead Air Reserve Base Honor Guard set the tone for the rest of the observance. Both Vice Commander Pillot and Detachment 52 Commandant Elio Dominguez spoke eloquently of the service to our Nation by those who “Gave All”.

Short remarks were then given by State Representative Kionne McGhee, Commissioner Daniella Levine-Cava, Mayor Steve Losner, and Omar Blanco, candidate for US House of Representatives. Homestead Councilman Larry Roth was also in attendance.

As the ceremony concluded many in attendance helped to place flags on the graves of all Veterans interred in the cemetery. Groups from Boy Scout Troops 418 and 69 and from the US Army Miami Recruiting Battalion were key to this effort.

Roxanne Jeghers, Chairperson of the Military Affairs Council stated, “This is our first major event. The Council was formed in April of this year to support Military Members and their families in the Homestead area. We are working with units located at HARB to provide quarterly and annual awards, and other support. We look forward to working with the VFW, American Legion, and the City on the Veteran’s Day Celebration.”

As the finial Flags were being placed Vice Commander Pillot summed up the event, “I believe this is the most important ceremony that we participate in. It is vital that all Americans understand and honor those who gave their lives in defense of this great Country.”