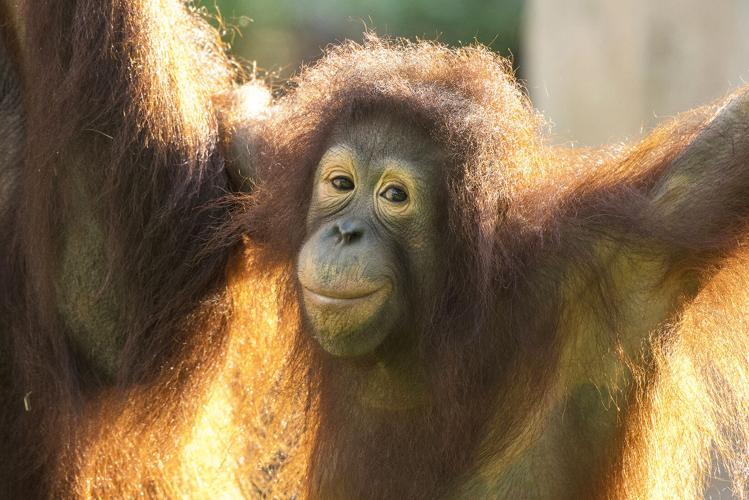 Bella (above) needs a companion. 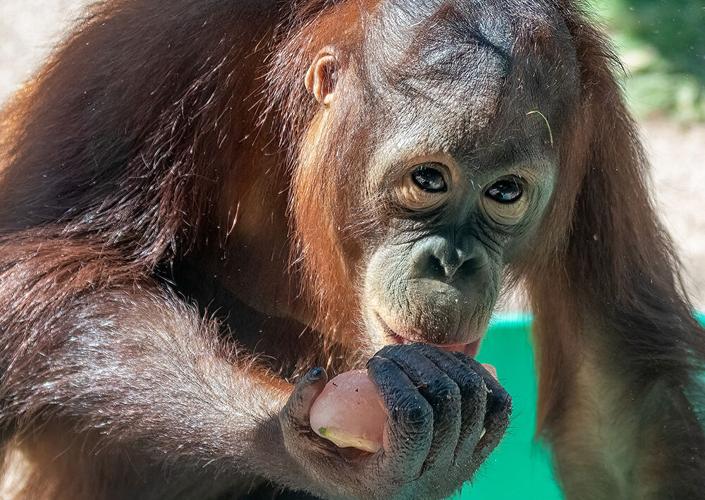 This is Jiwa, from the Phoenix Zoo, who has arrived at Zoo Miami to hopefully find bond and mate with Bella.

Back on June 30th of 2018, “Bella,” then a five year old Bornean Orangutan, made her public debut at Zoo Miami with her mother, “Kumang” after arriving from the Seneca Park Zoo in New York.

The two were a crowd favorite until the sad death of Kumang in September of last year from complications following a veterinary procedure.

Since Kumang’s death, Bella has adjusted to being independent but the plan for her has always been to pair her with a mate with the eventual goal of having her contribute to the carefully managed population of endangered Orangutans under human care.

This population is managed by a Species Survival Plan (SSP) cooperatively through the Association of Zoos and Aquariums (AZA). There are nearly 500 SSPs managed through the AZA focusing on rare, threatened and endangered species with the goal of maintaining a genetically diverse population under human care for long term sustainability.

In very simple terms, it serves as a “computer dating service” to pair up animals that are genetically best suited to produce the healthiest offspring. Each SSP is led by an expert advisor who directs those pairings.

As it turns out, the Orangutan SSP has recommended that Bella, now 9, be paired with a 7 year old male named “Jiwa,” who is from the Phoenix Zoo in Arizona.

After a great deal of careful planning, Jiwa was placed on a special FedEx flight accompanied by a staff member from the Phoenix Zoo and Zoo Miami that arrived at MIA late last week. The flight went smoothly and upon arrival, Jiwa was transferred to Zoo Miami where he was brought to the Orangutan area and will remain in quarantine for approximately 30 days to ensure that he is free of any parasites or illness that he may have contracted in transit from Phoenix.

Once he clears quarantine, the very careful process of introducing him to Bella will begin to take place. Though their genetics say that they are well suited for each other biologically, there is no guarantee that they will like each other and become a successful couple. A great deal will depend on the process of introduction where the Animal Science team will take every possible step to slowly and patiently introduce them to each other.

The hope is that once Bella sees Jiwa, she will “swipe right!”