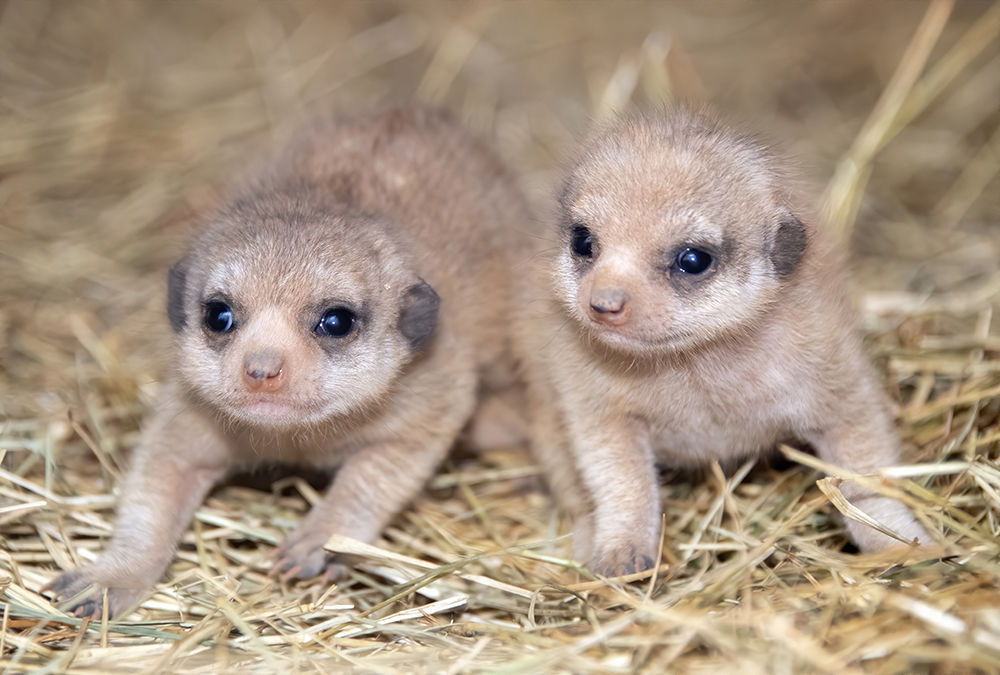 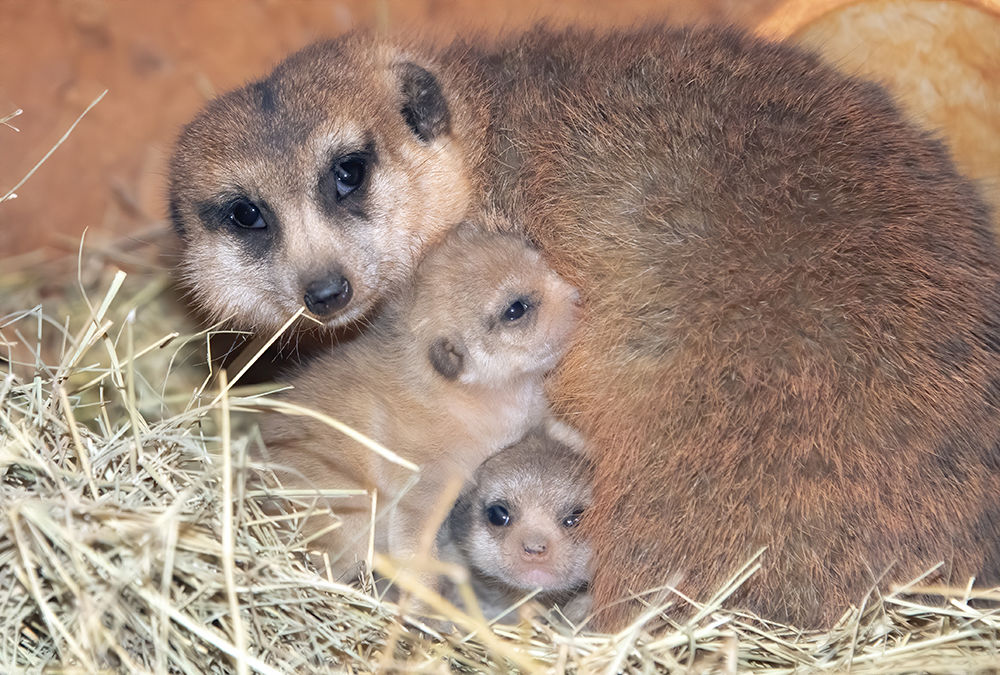 For the first time in its history, meerkats have been born and are being successfully raised at Zoo Miami! On January 18th, “Yam Yam,” an 8 year old female who came to Zoo Miami from Busch Gardens in February of 2012, gave birth to two pups in a secluded area of the meerkat habitat. Yam Yam shares the habitat with three unrelated brothers named “Gizmo,” “Joe,” and “Diego” that are 6 years old and arrived from the Brevard Zoo in June of 2018. Any one of these brothers could be the father and only DNA tests would be able to verify which one.

Since their birth, Yam Yam and the brothers have worked cooperatively to care for the newborns which are born helpless and blind. Zoo staff had a hands-off approach to allow the group to properly bond with the infants and created barriers in front of the public side of the exhibit to minimize any disturbances that may cause excess stress on the new family and lead to abandonment of the babies.

Last week, the pups opened their eyes and have recently been observed exploring around the den, gradually moving further and further out into the habitat. Interested parties can go to Zoo Miami’s website, www.zoomiami.org, and click onto the meerkat webcam to try to catch a glimpse of the babies as they continue to expand their exploration within the habitat.

Meerkats are a common omnivore from the mongoose family that are found in desert and other arid environments of Southern Africa. Made famous by the Disney character, “Timon,” from The Lion King, meerkats have become an extremely popular animal, especially with children. Known for their habit of having a sentinel standing on its hind legs looking out for potential danger from predators such as snakes, birds of prey and jackals, these very gregarious animals feed on a wide variety of invertebrates, as well as lizards, small mammals, eggs and fruits. Groups can number as many as 50 individuals and are known as a mob. They are exceptional excavators and will construct a series of tunnels to escape predators as well as the heat of the desert sun.

Visit the Meerkat exhibit within the Critter Connection at Zoo Miami and see these new additions.

i'm so happy the mother wasn't artificially inseminated like they are in other animal attractions. congrats to the happy parents. :)