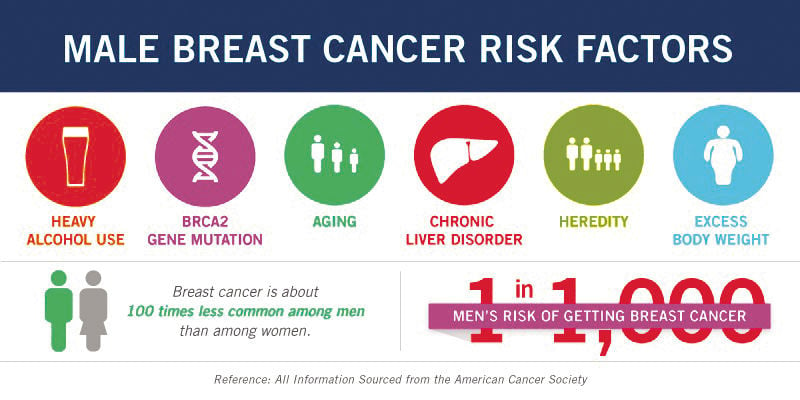 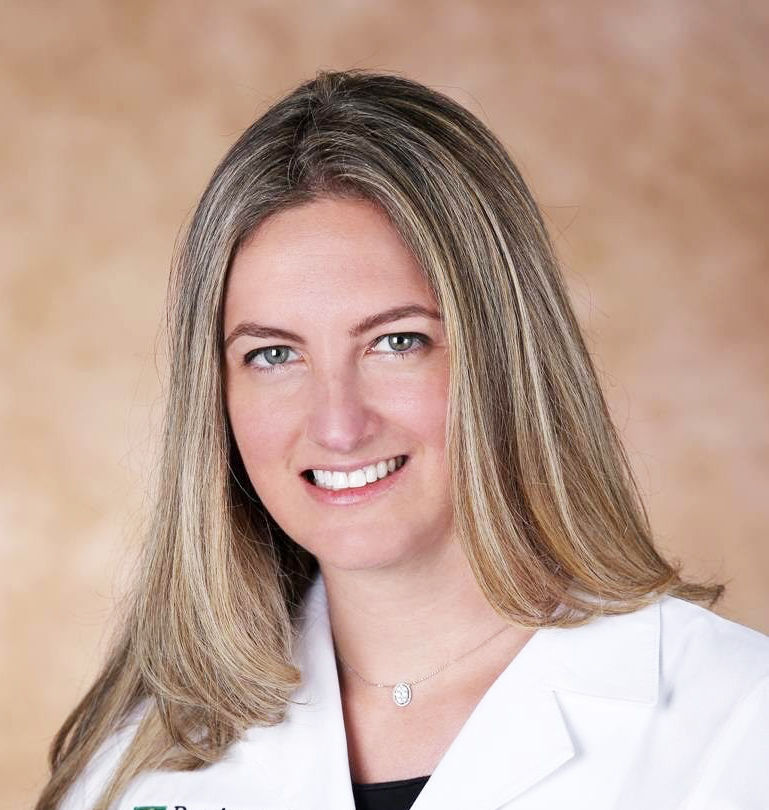 So, why is it that breast cancer is so rare in men?

The easiest explanation is that men have very little breast tissue compared to women. While both males and females are born with a small amount of breast tissue, during puberty, the breasts in women develop under the influence of estrogen and progesterone. This development of ductal and lobular tissue allows women to produce milk and lactate when pregnant.

Men lack the development of this mature breast tissue, making it much less likely for them to develop breast cancer. Certain risk factors put men at a slightly higher risk of developing breast cancer. These include men with Kleinfelter’s syndrome (men who are born with an extra “X” chromosome), BRCA2 mutation carriers, and men who take hormones. Excess body fat and alcoholism are also risk factors for breast cancer in both men and women, as they increase the level of estrogen in the body.

A hormonal imbalance of increased levels of estrogen in relation to testosterone can also cause a benign swelling of breast tissue in males, called benign gynecomastia, which is not associated with an increased risk of breast cancer. Gynecomastia presents in males as breast enlargement and a rubbery palpable mass behind the nipple that may be tender. It is usually seen bilaterally, but may cause one breast to appear larger than the other. Gynecomastia can occur during infancy and puberty, and is also very common in older men, due to fluctuations in hormone levels. Additionally, several medications, anabolic steroid use, and alcohol, heroin and marijuana use are associated with gynecomastia.

In a man presenting with a palpable breast mass, it is important to differentiate benign gynecomastia from a cancerous tumor. A careful physical exam is helpful in determining if there is concern for cancer and if there is any doubt, a mammogram and needle biopsy can be performed for a definitive diagnosis.

Since men do not undergo routine screening mammograms, breast cancer in men usually presents at a more advanced stage than in women. Most men with breast cancer have symptoms of a firm breast mass located just behind the areola and may have associated nipple discharge, skin dimpling, or changes to the nipple areola complex. Treatment of breast cancer in men usually involves mastectomy to remove all of the breast tissue, followed by systemic therapy in the form of a pill to block estrogen, and may also involve chemotherapy and radiation therapy.

Finding breast cancer early improves the chances that male breast cancer can be treated successfully. A lack of breast cancer awareness in men is a large contributing factor to delays in seeking treatment. This has led to a higher mortality rate in men with breast cancer. Some men may be under the impression that they cannot develop breast cancer and ignore a new lump in the breast, passing it off as an infection or a bruise. Others may be embarrassed and afraid to seek medical treatment until the mass has grown, delaying diagnosis and decreasing the chance of successful treatment and cure. If you or someone you know is a man with any symptoms concerning for breast cancer, be sure to be evaluated by your primary care physician so that the appropriate work up can be performed.

Dr. Starr Mautner is a breast surgical oncologist at The Miami Cancer Institute, a part of Baptist Health South Florida. She received her undergraduate and medical degrees from the University of Miami and completed her general surgery training at New York Presbyterian Hospital/Weill Cornell Medical Center. Additionally, she completed breast surgical oncology research and clinical fellowships at Memorial Sloan Kettering Cancer Center. Dr. Mautner’s expertise is in the surgical management of breast cancer and she uses a multidisciplinary approach to treat a variety of patients with breast disease.