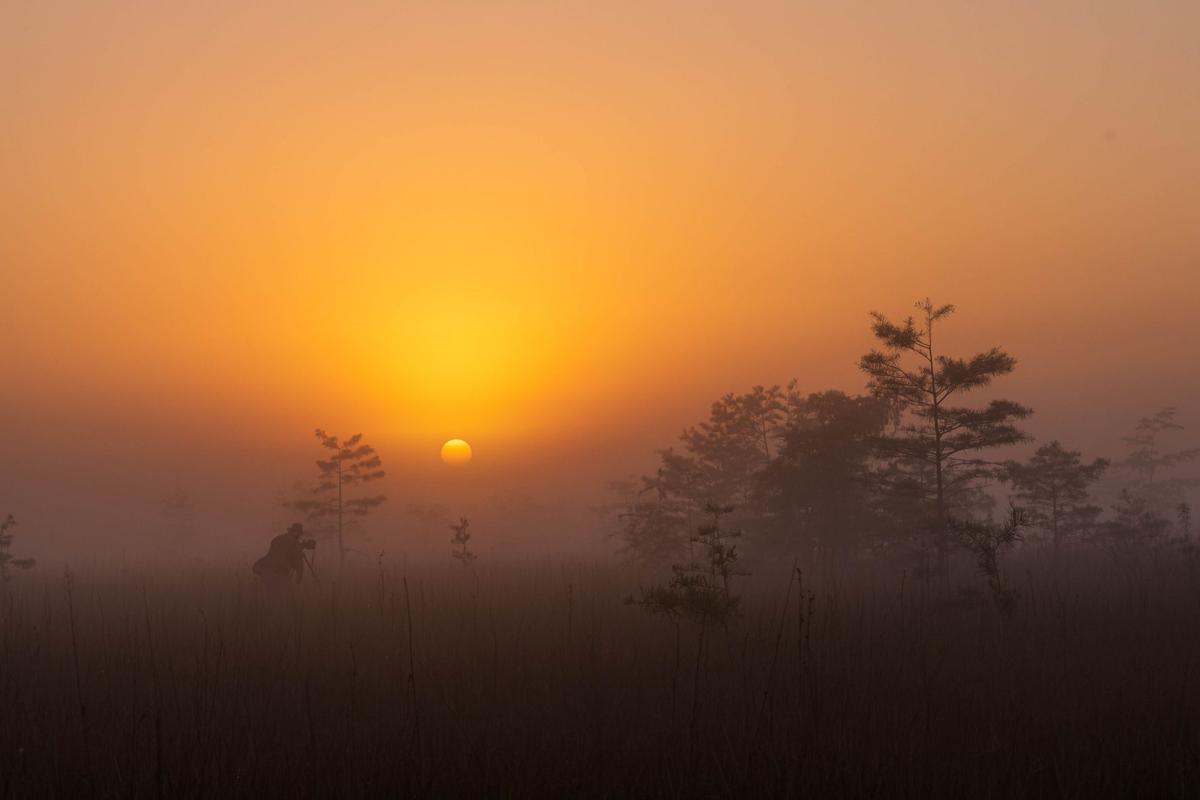 Robert Chaplin is silhouetted by the orange glow of the rising sun. 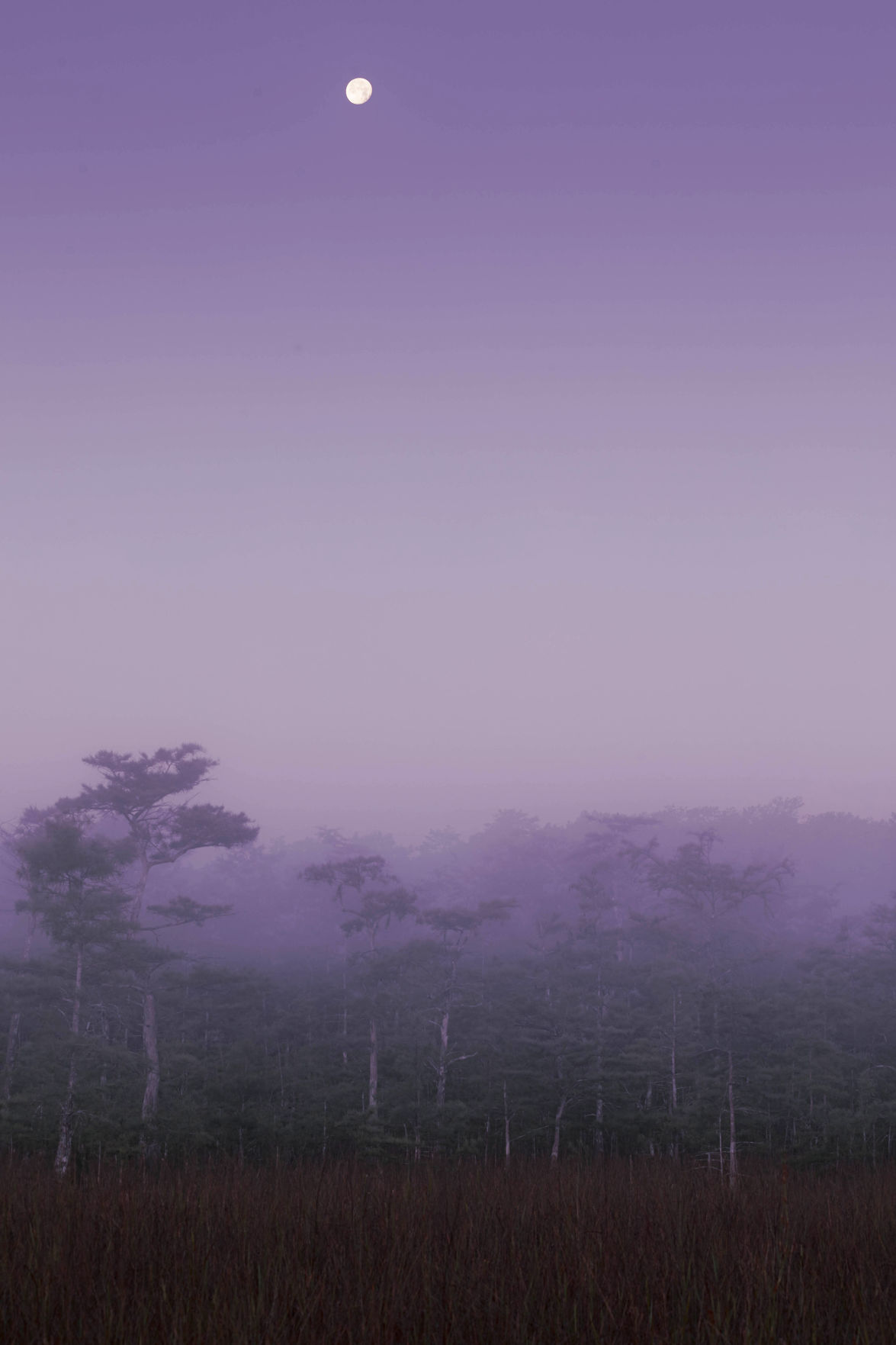 As the sun rose the moon was still high in the sky. 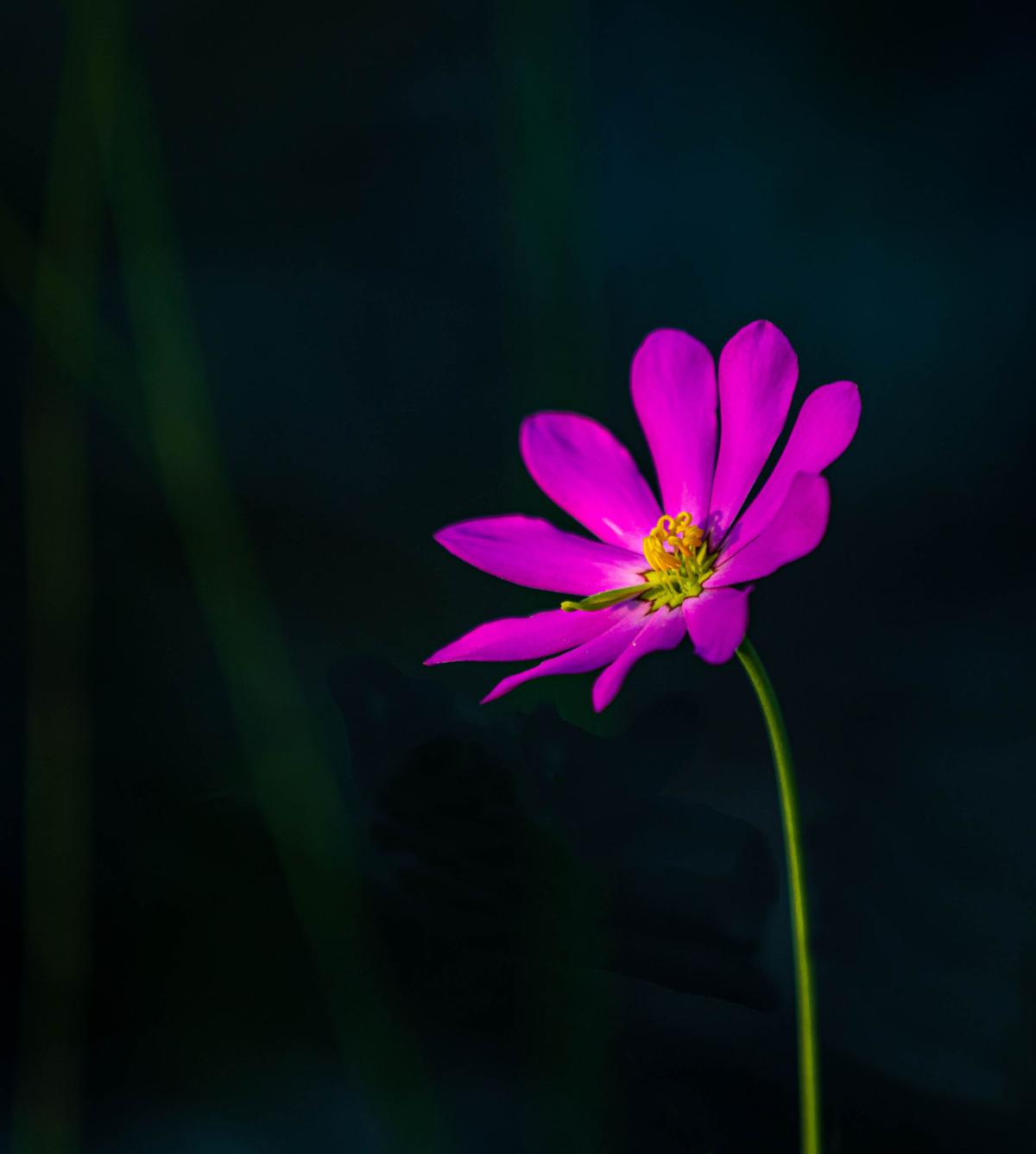 Light through the cypress trees made this wildflower glow. 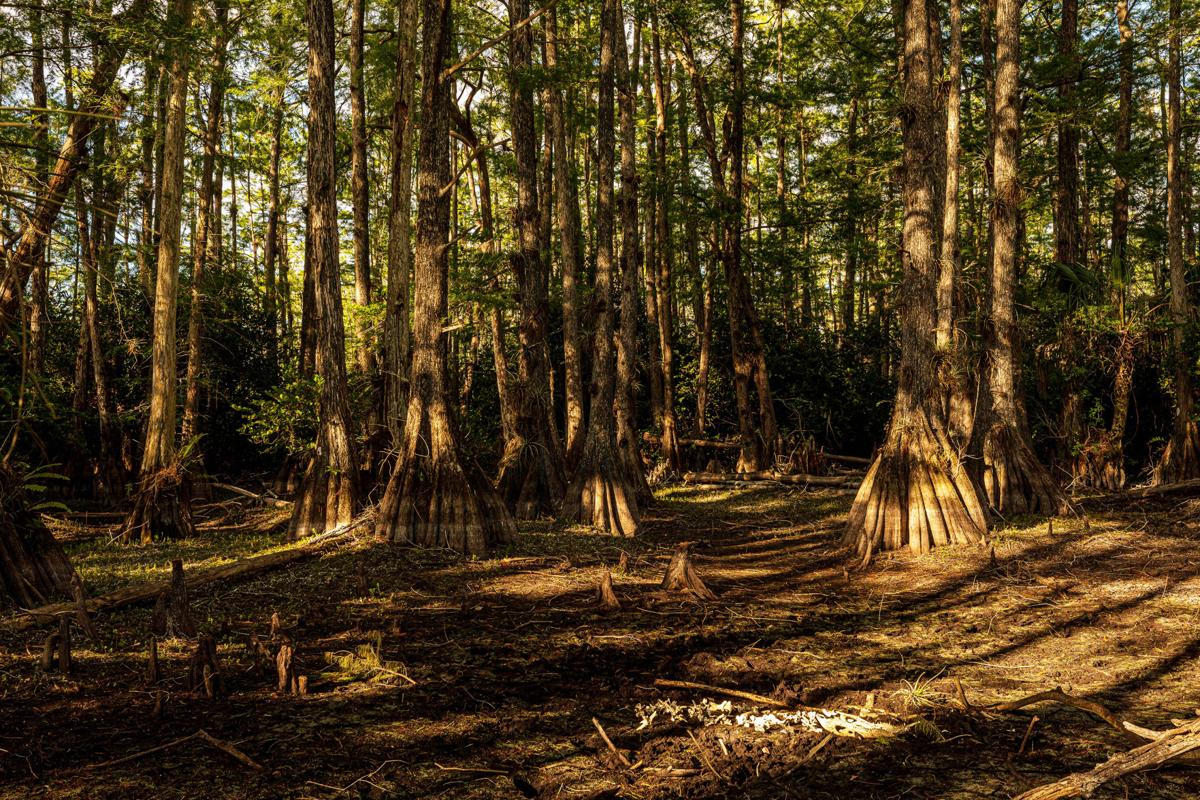 The skeleton of an alligator lay in the mud at the center of this dome.

Robert Chaplin is silhouetted by the orange glow of the rising sun.

As the sun rose the moon was still high in the sky.

Light through the cypress trees made this wildflower glow.

The skeleton of an alligator lay in the mud at the center of this dome.

Getting up early and driving over to the Big Cypress National Preserve to meet my friend, renowned nature photographer and author Robert L. Chaplin was definitely worth it.

Our plan was to walk in along the Gator Hook Trail to photograph sunrise and then to spend some time in the cypress domes. Our timing could not have been better. The Moon Fish Fire burning since it was started by a truck fire on 7 May had caused closure of Loop Road just past the trailhead and its smoke should give us a spectacular sunrise. The Law Enforcement Ranger manning the roadblock wished us good shooting as we set off in the dark.

Gator Hook Trail runs along an old logging road some of whose timbers can still be seen. Footing can be challenging with limestone outcroppings, cypress knees, and other roots ready to trip the unwary.

One of the stories about how the trail got its name is that the most popular way to take alligators either legally or not was to use a large hook baited with chicken. When the gator took the bait it would then be pulled to dryer land, dispatched and skinned. Since this area was a hot spot for both alligator hunting and poaching Gator Hook got its name. As with many tales of the early day in the Everglades there are probably many other versions of this story.

After about a 20-minute walk in we turned north into one of the prairies to get set up for sunrise. The smoke acted much like fog and clouds to provide color and drama to the scene. With an orange glow towards the east and an almost magenta tone with a full moon to the west it was a landscape photography jackpot. As the sun came up the wind shifted and the smoke dissipated, we moved back onto the trail.

Soon we were inside a cypress dome. These form around circular depressions that hold water allowing the cypress trees to grow tall and actually form a dome as they grow together. The deeper areas in the middle hold water well into the winters dry season. These wet areas are often home to alligators and other creatures. The domes are also home to numerous plant species. The interplay of light through the foliage of the cypress trees made for lots of opportunity to make good photos.

As the sun rose higher in the sky and the light got brighter in the cypress dome it was time to head back to Loop road and our trucks. One of the underlying reasons for our trip into the Big Cypress was Robert’s research for his new book. He and fellow photographer Beth Ruggiero-York wrote Everglades National Park A Photographic Destination in 2015.

It quickly became the go to reference for photographers in the Park and it also work well as a general guide for visitors. The new work will bring the same kind of information and inspiration to the Big Cypress National Preserve. It was great morning in the Glades!