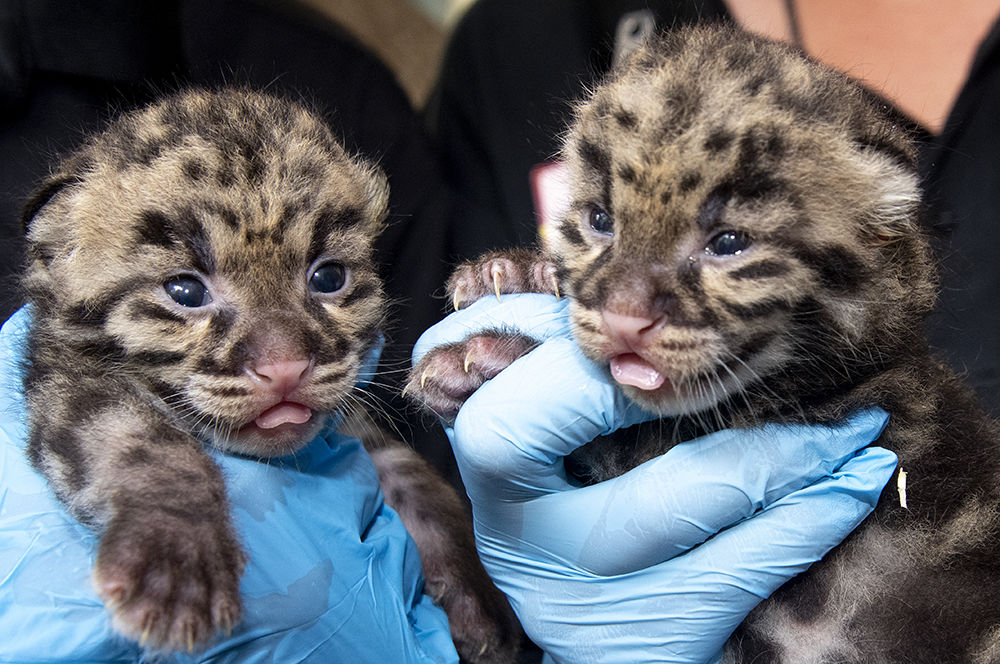 The cubs at 2 weeks old during their neonatal exam when it was determined that the cubs were a male and a female. 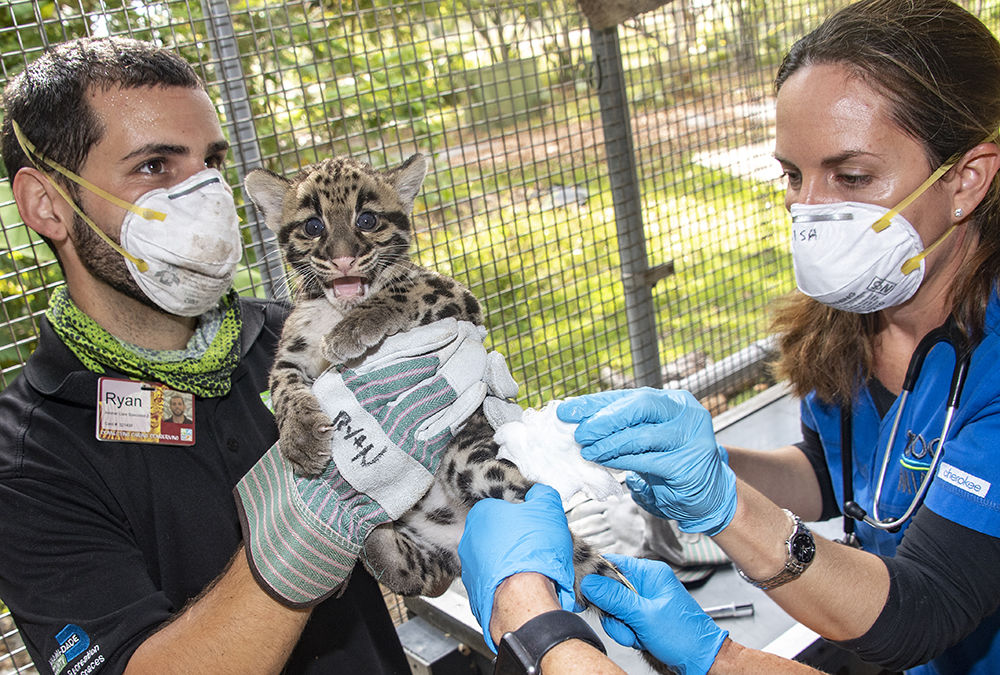 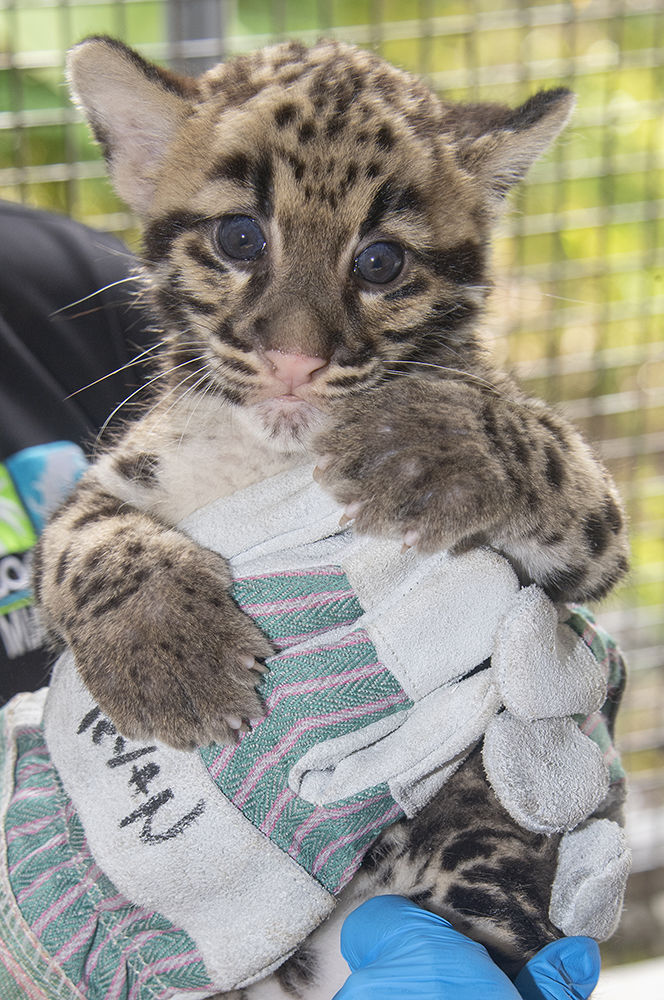 The cubs at 2 weeks old during their neonatal exam when it was determined that the cubs were a male and a female.

Zoo Miami is excited to announce the successful births of highly endangered clouded leopards. The two kittens were born on February 11th and have been secluded in a den with their mother since then to avoid any external stress and allow the new mother to properly bond with them.

The mother, named “Serai,” was born on May of 2011 at the Smithsonian’s Conservation and Research Center in Virginia and the father, named “Rajasi,” was born in March of 2011 at the Nashville Zoo in Tennessee. This is the second successful litter for both parents. Zoo staff was able to separate the mother from her kittens to do an initial neonatal exam on February 26th in order to evaluate the condition of the kittens and accurately determine their sexes.

It was confirmed at that time that the litter consisted of one male and one female. Since that time, the kittens have continued to develop well while remaining in seclusion with their mother.

Today, they were once again separated to receive their initial vaccines and to confirm that they are developing well. Both offspring appear to be thriving and the mother continues to be attentive and nursing them on a regular basis. With the challenges of the COVID-19 pandemic and the recent revelation that a tiger had contracted the disease at another zoological facility, extra care is being taken by all staff working around these kittens. New procedures include stepping into disinfecting footbaths prior to entering any feline area as well as using masks and gloves while working in those areas.

Clouded Leopards are a very secretive cat found in forests within Southern China, Taiwan, and Malaysia. Adults usually weigh between 30 and 50 pounds and they have a very long tail with relatively short legs and large paws to facilitate their frequent arboreal lifestyle. Their diet includes a variety of birds and mammals including monkeys, deer, and porcupines. Clouded leopards

have the longest canine teeth relative to their size of any wild cat. They are highly endangered over most of their range due to hunting for their attractive pelts which have ceremonial value in a variety of cultures.

It is hoped that when this pandemic has finally run its course, guests can return to Zoo Miami to observe and appreciate these beautiful new additions in person.