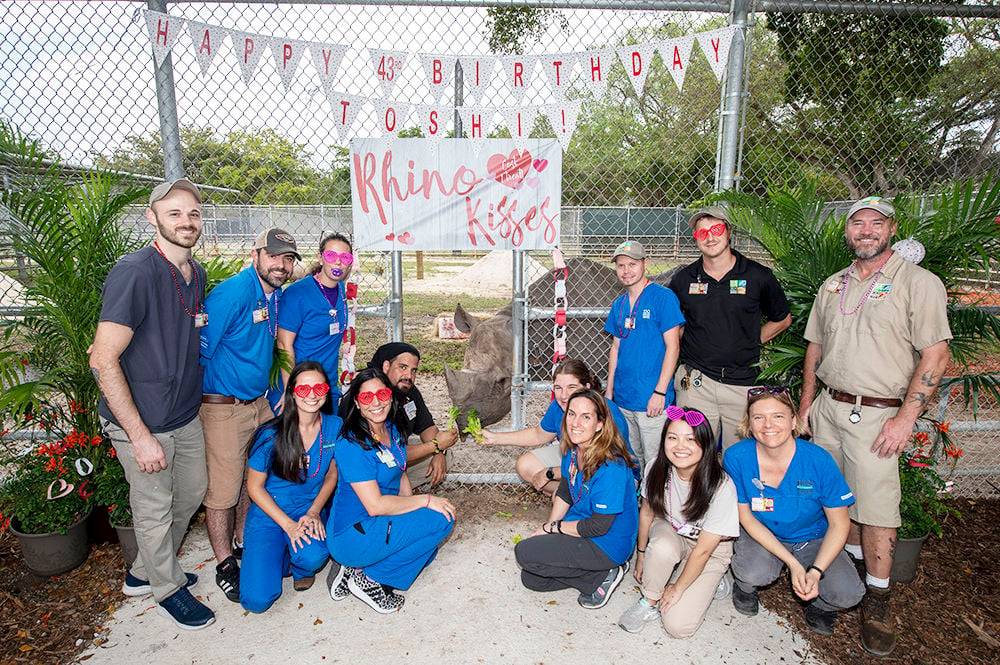 The Animal Health and Keeper team that cares for Toshi. 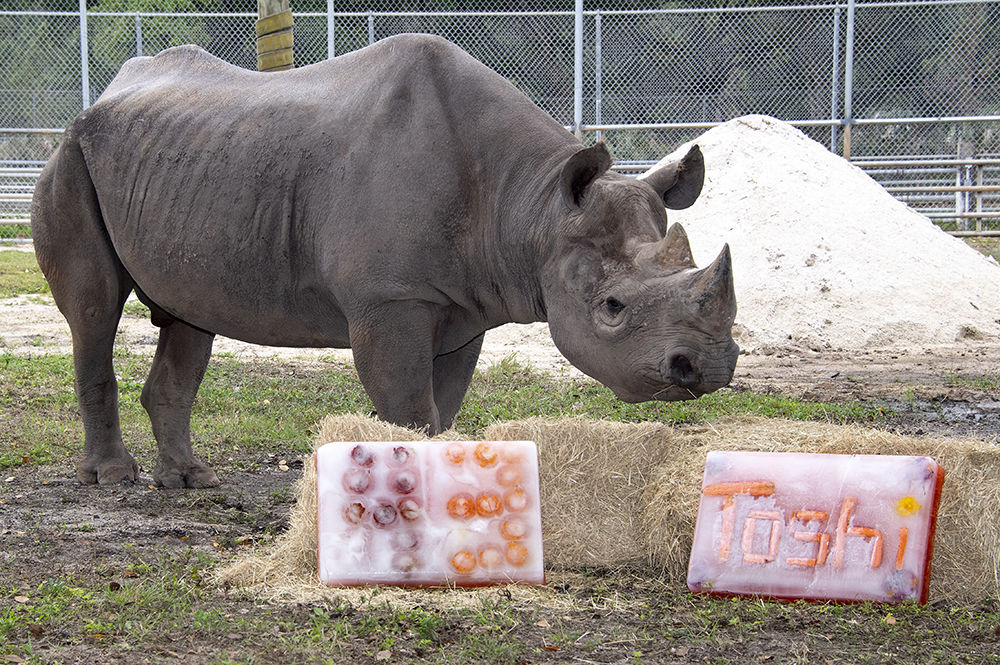 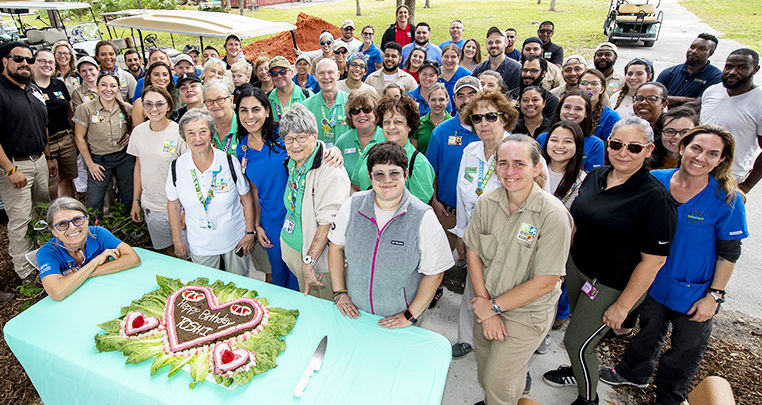 Zoo staff joins together to wish Toshi a Happy Birthday.

The Animal Health and Keeper team that cares for Toshi.

Zoo staff joins together to wish Toshi a Happy Birthday.

“Toshi” (pronounced “toe – she”), an endangered black rhinoceros celebrated his 43rd birthday this week making him the oldest male black rhino in the United States!

He was born on February 10, 1977 at the Asa Zoological Park in Hiroshima, Japan on February 10, 1977. He arrived at Zoo Miami on November 10, 1983 as part of a breeding recommendation by the Species Survival Plan (SSP) managed through the Association of Zoos and Aquariums (AZA) where he has successfully sired several offspring.

Toshi has since retired from breeding and now spends his time relaxing in an off-exhibit area where he is often the highlight of special behind-the-scenes tours and receives special treats and an occasional back scratch which he enjoys tremendously.

In celebration of this milestone event and in conjunction with Valentine’s week, zoo staff and volunteers got

together to sing him happy birthday and present him with some of his favorite treats as well as a specially baked cake prepared by the zoo nutrition team. He also received specially prepared ice blocks with frozen fruits and vegetables strategically positioned within them to spell his name and announce his age.

From numbers reaching well over 100,000 animals in Sub-Saharan Africa at the beginning of the 20th century, black rhinos now number less than 5,000 in the wild making them one of the world’s most endangered animals. They have been poached for their horn which is believed by some cultures to possess medicinal qualities and by others it is used for dagger handles as a sign of status. These large herbivores can weigh up to 3,000 pounds and have a pregnancy of between 15 and 16 months. As adults, they are solitary and are browsers, feeding on a variety of leaves, fruits and trees.