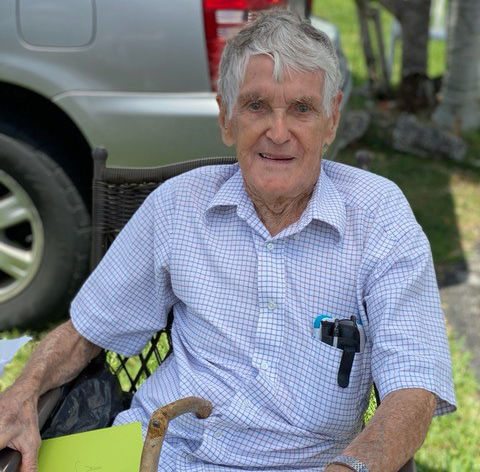 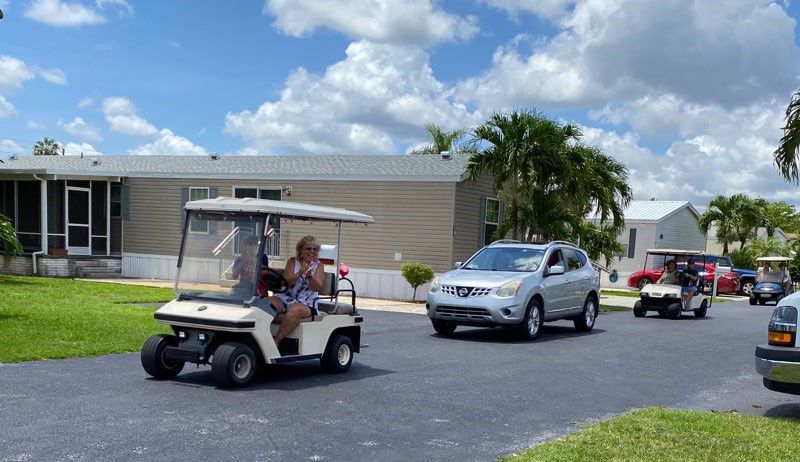 Friends and family drive by Art's house to 'socially-distance' celebrate his 100th birthday.

Friends and family drive by Art's house to 'socially-distance' celebrate his 100th birthday.

For Arthur Haggerty, life began on June 10th in 1920. This centenarian has lived a full life including serving his country in WWII in a series of Pacific battles.

At the top of his many blessings was the day he met his wife to be, Marilyn as she worked at her parent’s diner. Marilyn stated, “I won him over with pies. We will celebrate our 74th anniversary in March.” The couple raised two sons - one lives in Michigan, the other in California.

Art and Marilyn have travelled extensively, visiting all 50 states. They moved from their northern home and settled in Florida City.

Marilyn and Art can be found volunteering at the South Dade Visitor Center where they have served since the early 1990’s.

This couple is loved by all who cross their path. As June 10th rolled around, plans for a big birthday celebration for Art were scrapped because of the coronavirus, but friends and neighbors modified the party to a very happy, drive-by event. But the story doesn’t end there. Marilyn will be celebrating her birthday soon so friends and family, “Start Your Engines!”